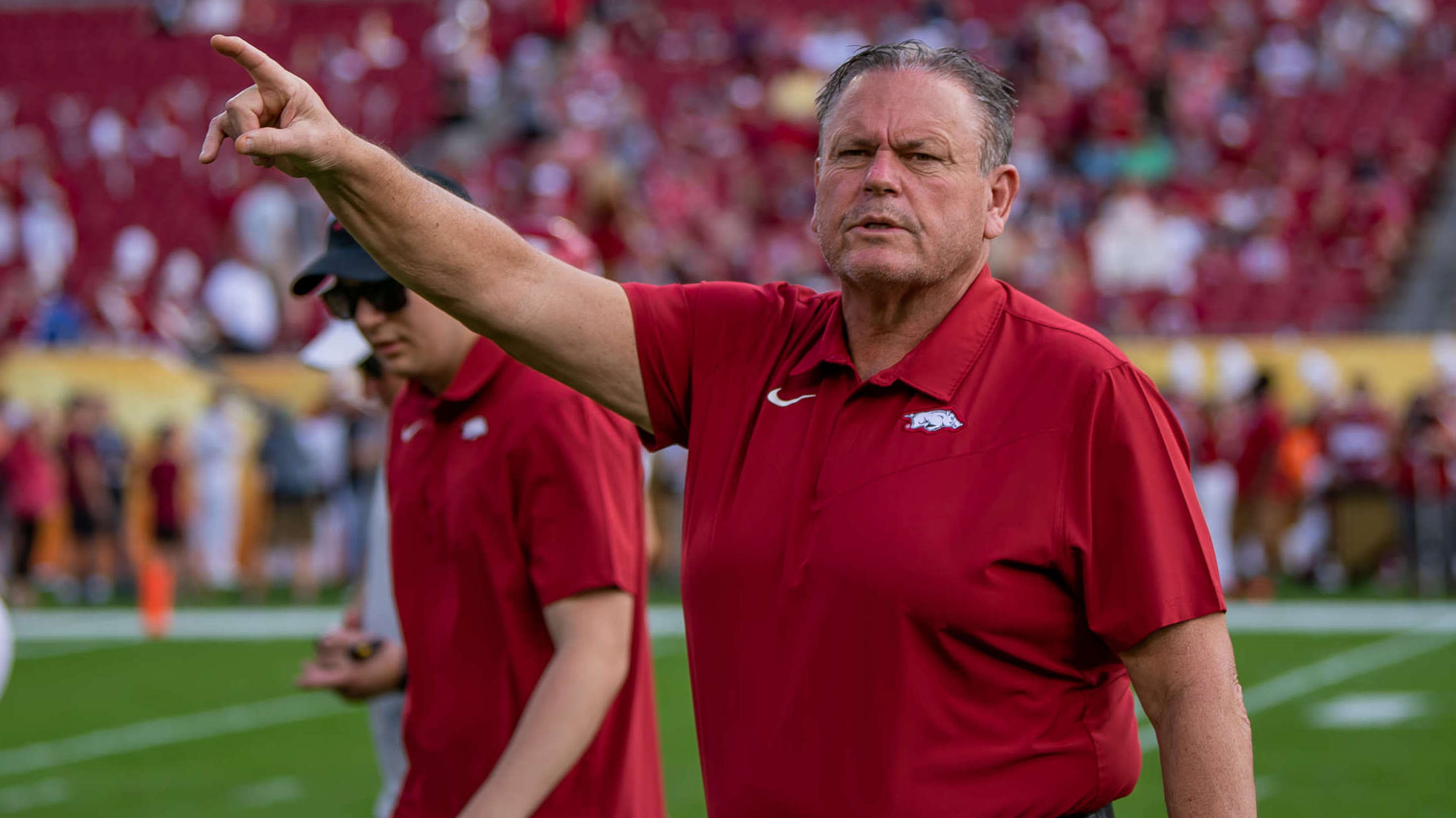 Days after putting the finishing touches on Arkansas’ best season in a decade, Head Coach Sam Pittman’s Razorbacks are landing in numerous early Top 25s for the 2022 season.

In just Pittman’s second season on The Hill, the Hogs beat Penn State to win the Outback Bowl and finish the season 9-4. The bowl victory was the first for the program since 2016 and first-ever bowl win over a team from the Big 10 in program history. The nine wins are the most by an Arkansas team since 2011. Both the major polls recognized the Razorbacks’ season this week with the final AP Poll ranking the Hogs 21st and the USA Today Coaches Poll placing the team 20th. Arkansas finished the season ranked for the first time in a decade after spending the majority of the season in the polls, reaching as high as No. 8 in the AP Poll after beating No. 7 Texas A&M.

Led by an offense that returns mostly intact for the 2022 season, including QB KJ Jefferson, and a defense that will be anchored by the return of LB Bumper Pool, the Hogs have already begun to receive lots of praise, landing in at least nine different early Top 25s for the 2022 season from various media outlets.

The season has been over for MINUTES now, so who's ready to look ahead to next season? The Way Way Too Early 2022 @SINow Top 25 https://t.co/cPglmi8YL3

Is Oklahoma even a Top 25 team?

Will Oklahoma even be a Top 25 team?

The Razorbacks will face one of the toughest schedules in the nation yet again in 2022 with seven of those games coming inside Donald W. Reynolds Razorback Stadium for the first time ever. The season-opener is set for Sept. 3 against Cincinnati, who will be coming off the program’s first-ever trip to the College Football Playoff. The Hogs will also host game against South Carolina (Sept. 10), Missouri State (Sept. 17), national runner-up and SEC Champion Alabama (Oct. 1), Liberty (Nov. 5), LSU (Nov. 12) and Ole Miss (Nov. 19).