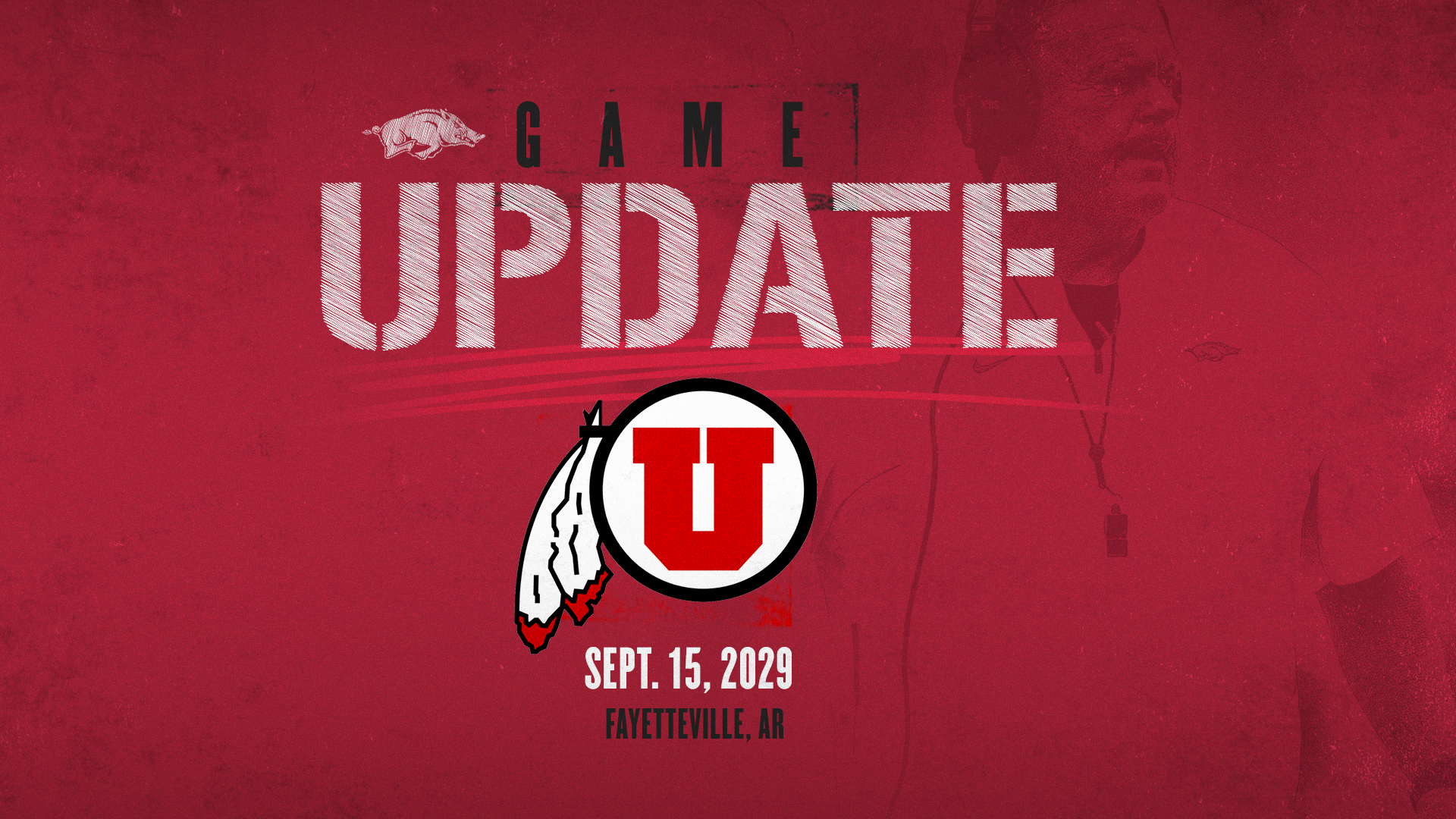 FAYETTEVILLE, Ark. – Arkansas’ home game with Utah originally scheduled for the 2028 season has been rescheduled to Sept. 15, 2029.

The two teams will meet for the first time in history in 2026 when the Razorbacks travel to Salt Lake City, Utah for a game on Sept. 12. The Hogs are 4-6-1 all-time against current members of the Pac-12 and have not met a team from the conference on the gridiron since 2006 when Arkansas hosted USC.

Head Coach Sam Pittman and his Razorbacks will wrap up spring practice with the team’s spring game on April 17 at 2 p.m. on SEC Network+. Arkansas kicks off the 2021 season inside Donald W. Reynolds Razorback Stadium against former Southwest Conference rival Rice on Sept. 4.