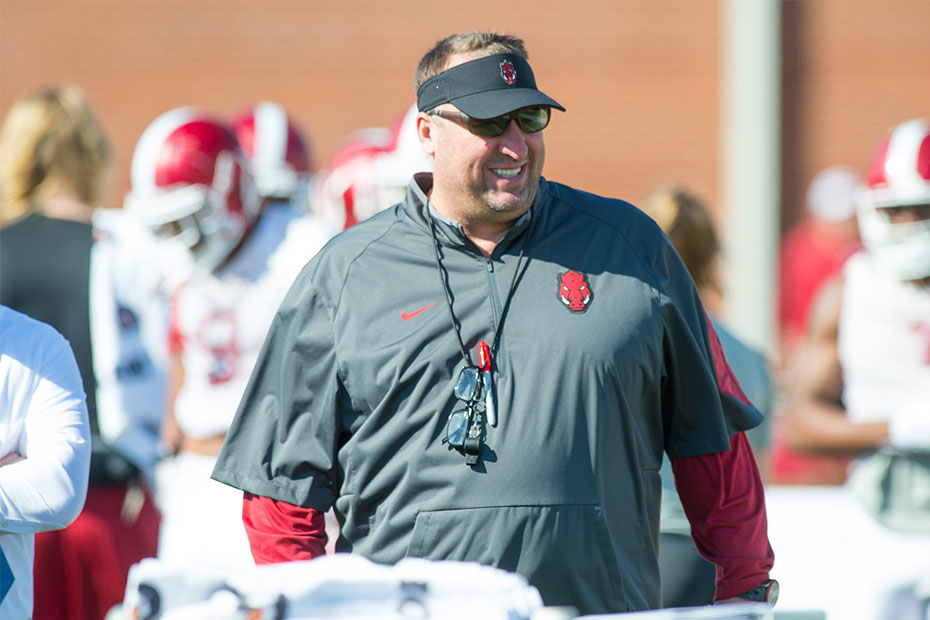 Monday’s practice marked the first of four slated for this week and the eighth of the spring. After going through a 100-play scrimmage Saturday, it was a light day of work as the team practiced just 13 periods in helmets and shoulder pads.

The Razorbacks opened with individual drills before moving to 7-on-7 work, 11-on-11 team drills and situations in which the offense was backed up against their own goal line.

The Razorbacks will suit up again Tuesday for the ninth practice of the spring.

The next chance for fans to catch the Razorbacks in action is at the annual Red-White Spring Game presented by Contour by Cox on Saturday, April 23. Kickoff is scheduled for noon inside Donald W. Reynolds Razorback Stadium. The event is free and open to the public.