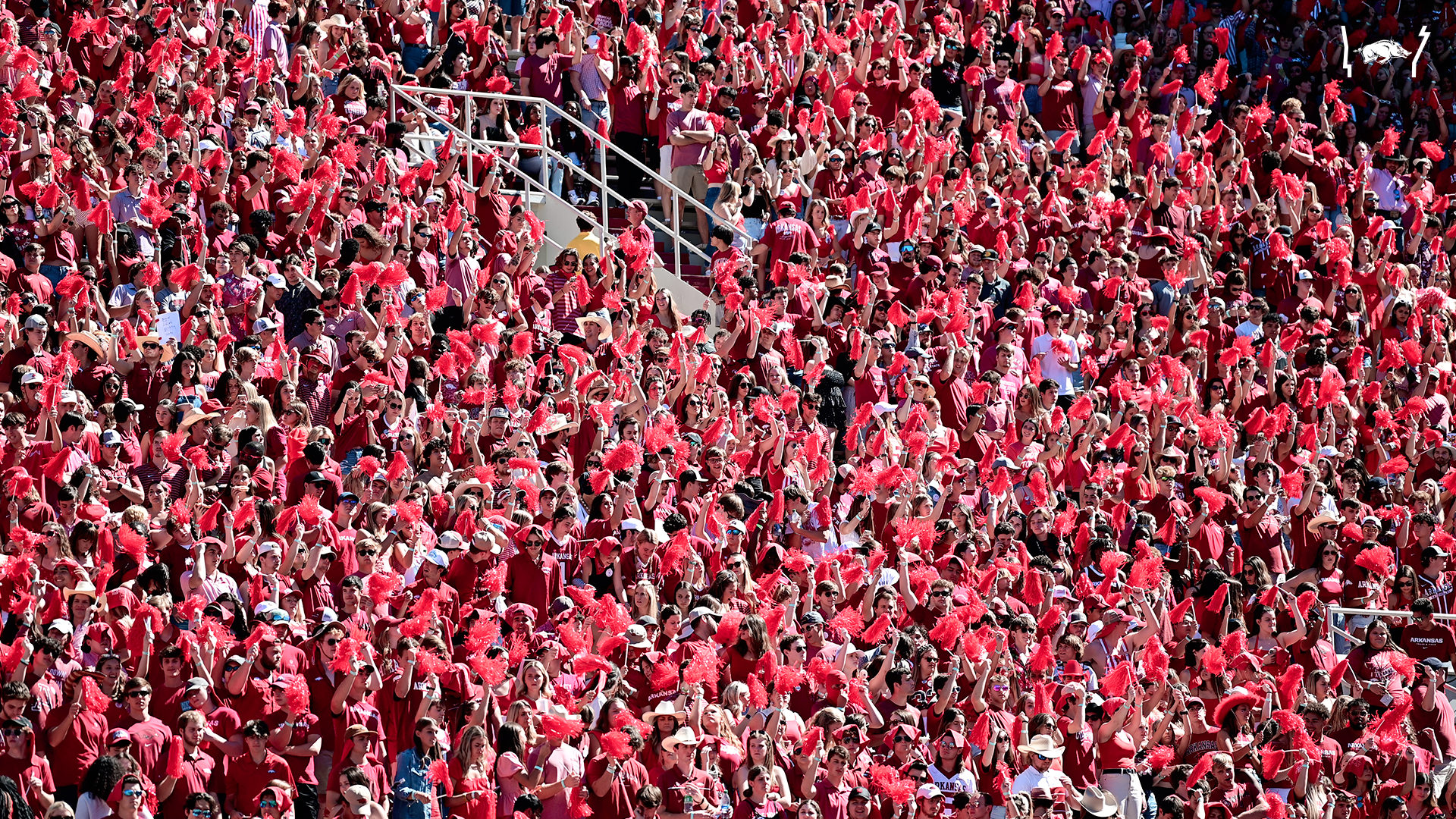 The Arkansas Razorbacks fall to the No. 2 Alabama Crimson Tide, 49-26, at Donald W. Reynolds Razorback Stadium. Up next, the Hogs head on the road to face Mississippi State at 11am on Saturday, October 8th on SEC Network.

Defense responds in the red zone, as Dwight McGlothern snags his third interception of the season for the Hogs.

Drew Sanders gets in the backfield to stop the Alabama drive. Crimson Tide would miss a field goal on fourth down.

Jefferson finds Landers for 20 yards to move the sticks past the 50.

2Q – Sanders Into the Red Zone

Rocket Sanders surges forward for 26 yards to move the Razorbacks into the red zone.

Jefferson finds Ketron Jackson Jr. in the end zone for the touchdown before halftime.

Jefferson finds Trey Knox for 36 yards to fight their way into the offensive half.

3Q – Sanders Fights for the First

Sanders bullies his way 16 yards to earn the first down in the red zone.

AJ Green finds a lot of green in front of him as he rushes 13 yards for the touchdown.

Jake Bates recovers the onside kick to keep the ball with the Hogs!