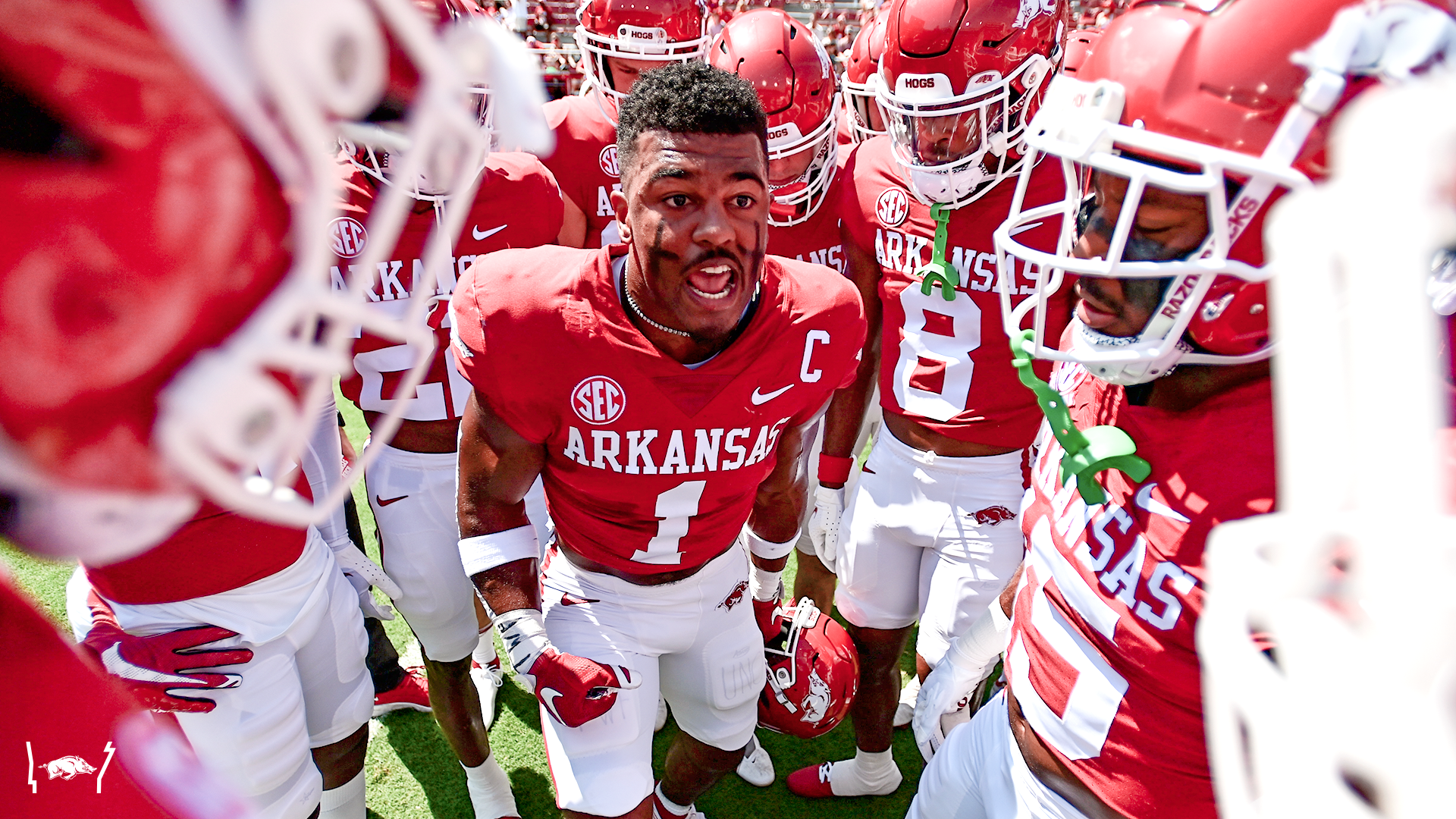 The Arkansas Razorbacks opened up the 2022 season with a 31-24 win over the #23 Cincinnati Bearcats. Up next, the Hogs host South Carolina at Donald W. Reynolds Razorback Stadium.

Let’s welcome Dwight McGlothern to Arkansas! His first interception as a Razorback gets the home team back on offense.

KJ Jefferson rushes 15 yards to the end zone for the first Hogs touchdown of the 2022 season.

Drew Sanders earned his first sack as a Razorback, taking down the quarterback for a six yard loss on third down.

Rocket Sanders breaks off a 37 yard run on third down to get the Hogs in scoring position before the half.

Jefferson finds Rashod Dubinion in the flat and the running back breaks out for 29 yards on the play.

Jadon Haselwood snags his first touchdown as a Hog!

Cam Little’s first field goal of the season is good from 32 yards.

Jordan Domineck with the sack, forced fumble, AND recovery.

Trey Knox back in the end zone, this time with a 32 yard reception.