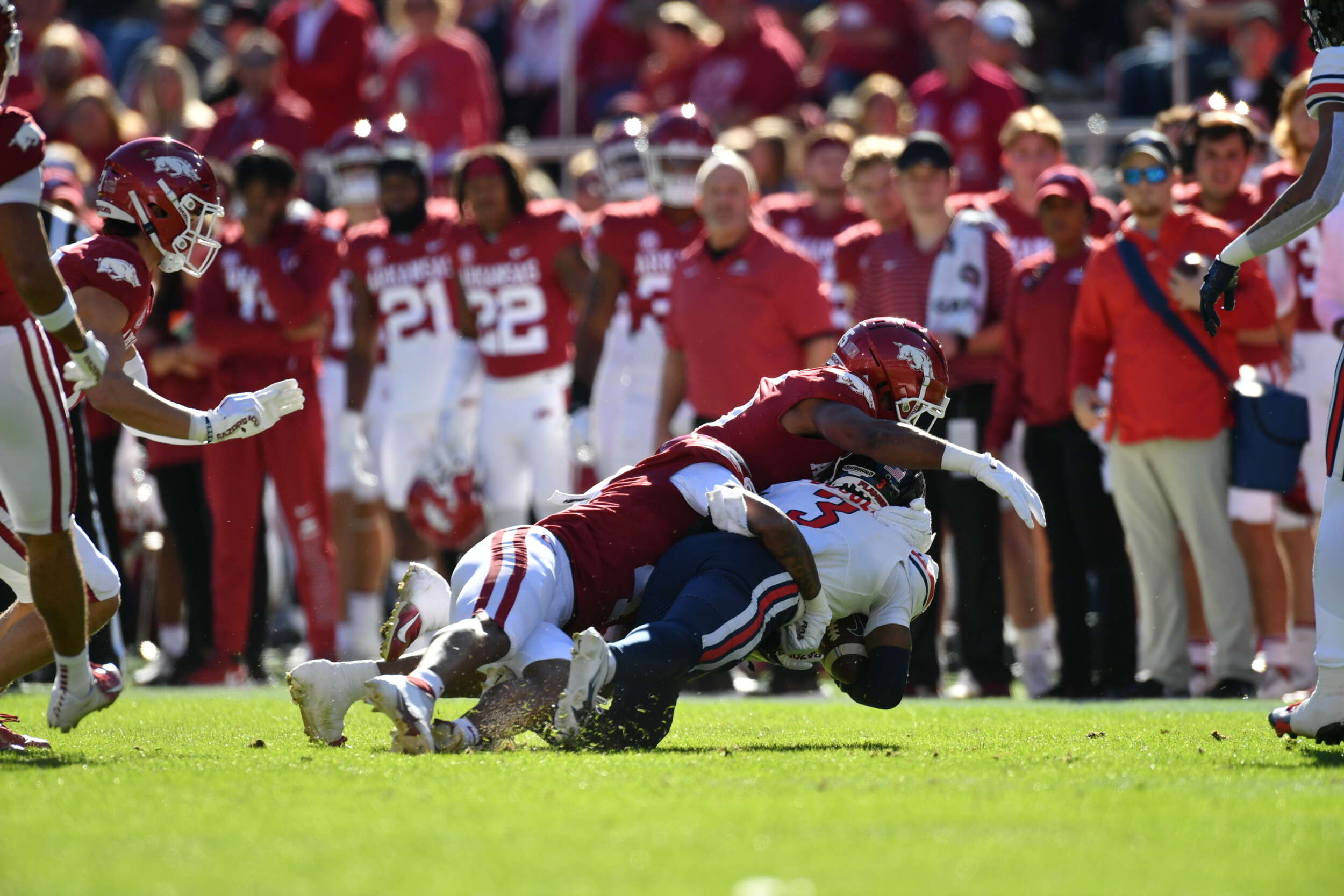 Hogs Fall to No. 23 Liberty

All defense for both sides early. Jordan Domineck with the third down sack to get the visitors off the field.

Sanders with the sack to retake the lead in sacks in the SEC.

Cam Little gets the Hogs on the board heading into halftime with this 50-yard field goal.

The defense opens up the second half with a fourth down stop in the red zone.

Special teams comes up big with a blocked punt for a safety.

McAdoo comes up with an incredible sideline catch for the interception.

Jefferson finds Knox for the touchdown. Rocket Sanders would convert the two point conversion on the next play.

Jefferson finds Knox for their second touchdown connection of the game.