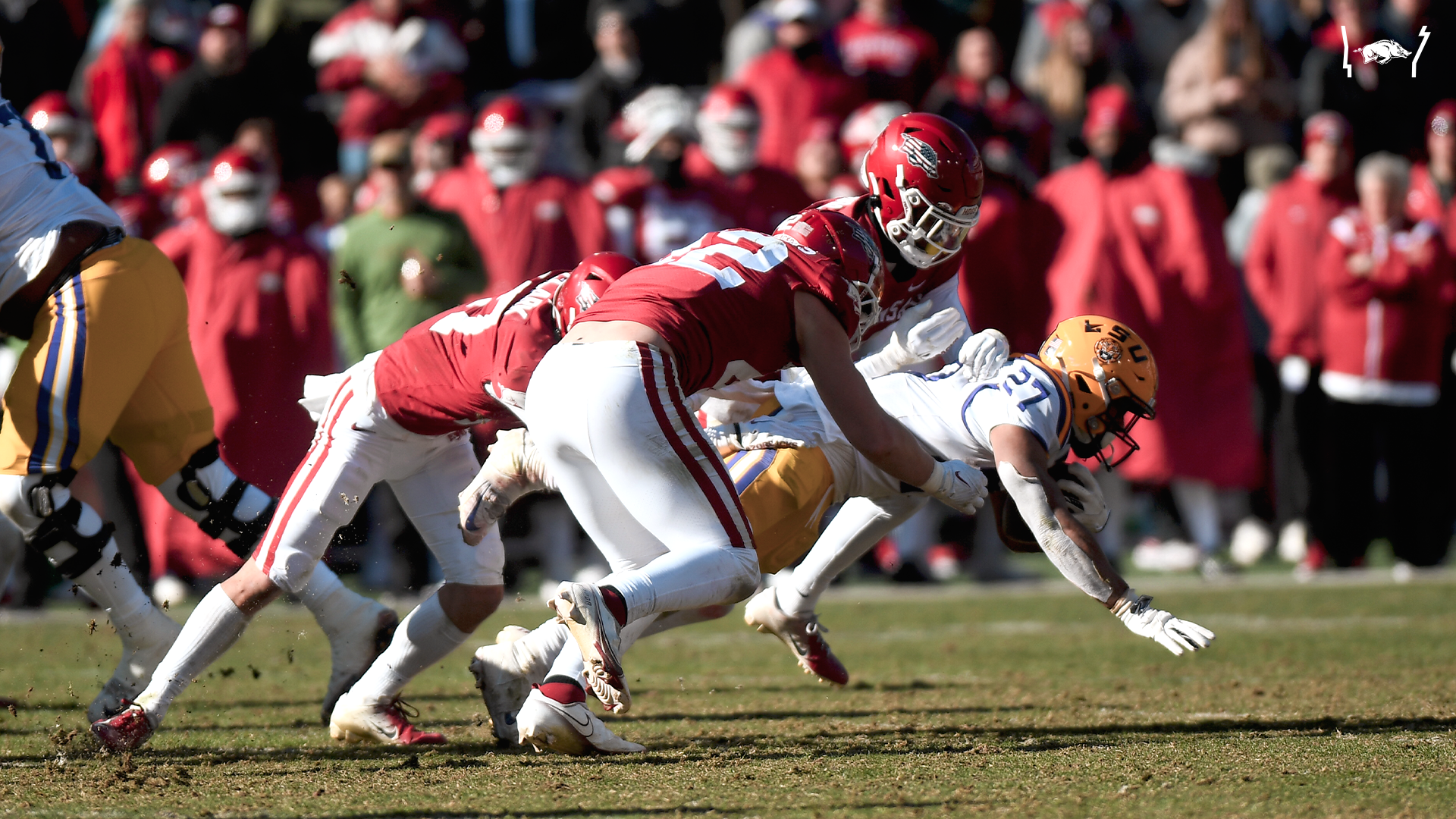 The Arkansas Razorbacks fell to the no. 7 LSU Tigers by a score of 13-10. Up next, the Hogs host Ole Miss at Donald W. Reynolds Stadium.

Paul gets through the offensive line to take down the LSU quarterback.

Brini with the quick reaction to snag the interception on LSU’s opening drive of the game.

Hornsby picks up 14 yards on the quarterback keeper for a first down.

Little connects on the 28 yard field goal to put the Razorbacks on the board first.

Domineck forces the fumble and Brini recovers to give the defense their second forced turnover of the game.

Sanders, the SEC leader in sacks, notches the sixth sack of the day for the Hogs.

Fortin finds Landers on third and long to convert and keep the drive going.

Fortin uses his feet to keep the drive alive with another first down.

Fortin’s first touchdown pass as a Hog is a 40-yarder to Landers in the face of pressure.

Paul’s second sack of the day is the defense’s SEVENTH overall sack.

Blair steps up to make the tackle behind the line as the Hogs force the turnover on downs.