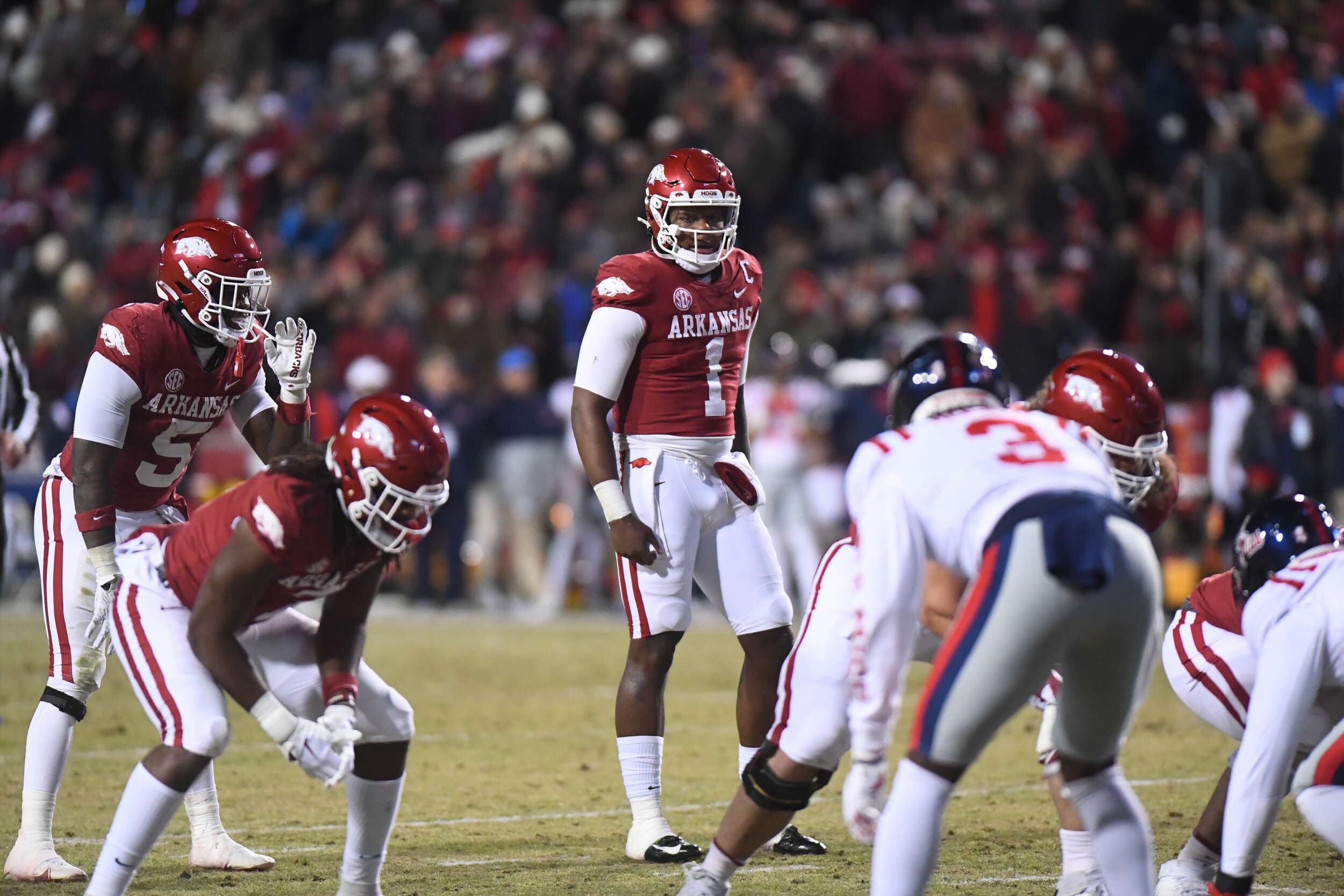 The Arkansas Razorbacks are bowl eligible for the third season in a row after defeating 14th-ranked Ole Miss Rebels, 42-27, on Saturday night in Fayetteville.

Sanders jumps on the ball after the missed handoff from Ole Miss.

Jefferson manages to avoid the tackles and finds Knox to convert a big third down and keep the drive alive.

Sanders comes up big with a run after the catch to convert the third down.

Jefferson drops the ball in for another touchdown to Landers.

Jefferson gains 20 yards on the third and eight to keep the Hogs driving.

Jefferson finds Jackson for his third touchdown pass of the day!

Sanders finds the endzone for the first time tonight with a 20-yard rush.

Sanders creates his second turnover of the night, this time intercepting the Ole Miss quarterback.

Hogs add one more before the half as Sanders finds the endzone for the second time.

Sanders stars the second half the way he ended the first, with a touchdown!