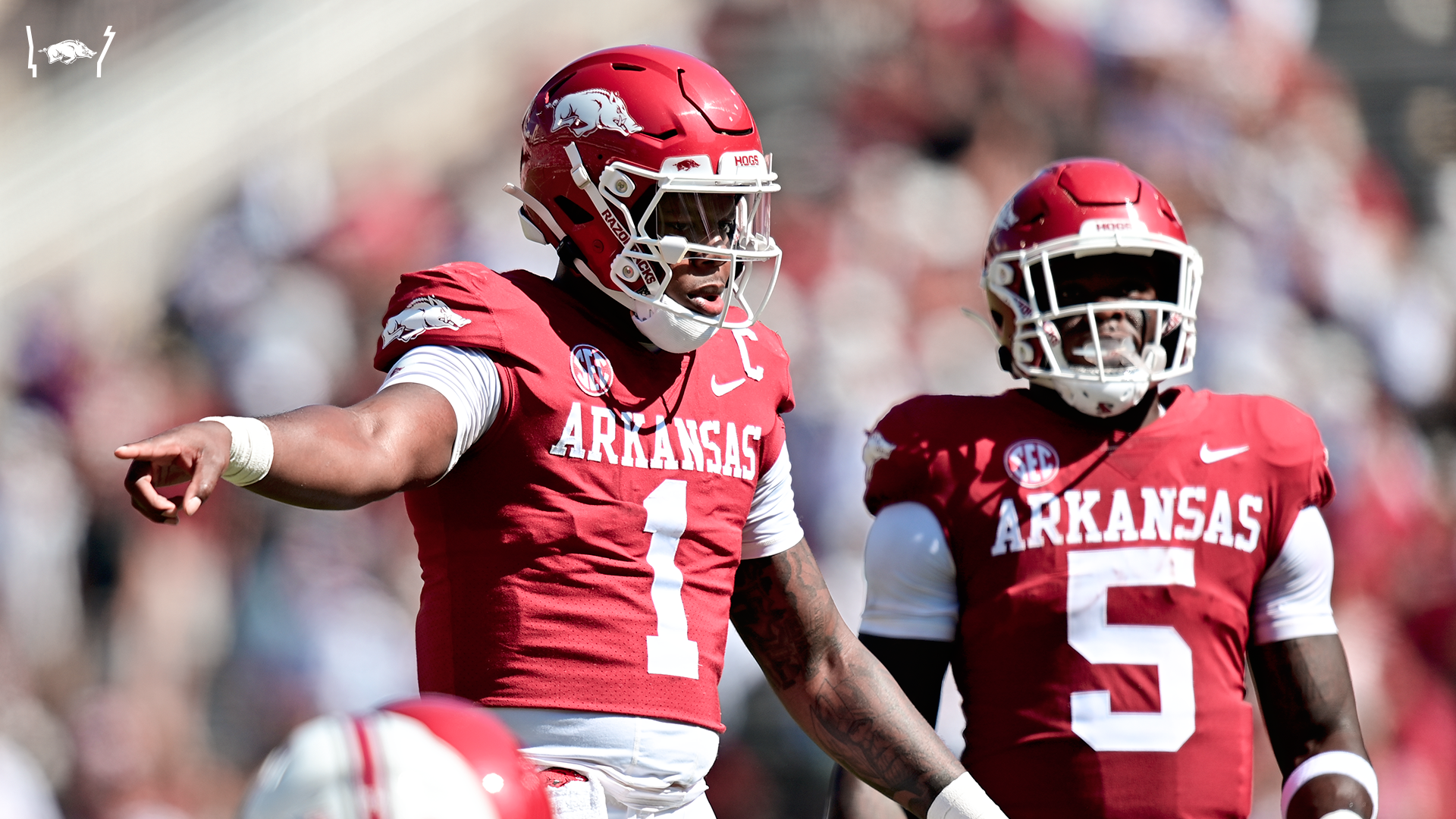 The Arkansas Razorbacks opened up SEC play with a 44-30 win over the South Carolina Gamecocks. Up next, the Hogs host Missouri State at Donald W. Reynolds Razorback Stadium.

KJ Jefferson finds a wide open Rocket Sanders for 17 yards to get the Hogs into the Red Zone.

Rocket Sanders bullies his way into the end zone for his first touchdown of the season to put the Hogs up 7 early.

Make it two touchdowns on the day as Rocket Sanders finds the end zone once again on an 11 yard rush.

Drew Sanders tallies the first sack of the day for the Hogs as he takes down Spencer Rattler for a loss of two yards.

Another rushing touchdown for the Hogs, this one from freshman Rashod DubinionParagraph for his first career touchdown.

Bumper Pool gets to Rattler for a 15 yard loss on third down, his sixth tackle of the day.

Jefferson fights two yards into the end zone to put six on the board.

Latavious Brini forces the fumble, and Hudson Clark recovered for the Hogs first forced turnover of the game.

Hogs capitalize off the turnover as Jefferson finds Thompson wide open for a 23 yard touchdown pass.

McGlothern forces the Hogs second turnover of the day with the interception, his second in two games.

Pool turned into a kick returner on the onside kick, setting the Hogs up on the 9 yard line.

Green notches the fifth rushing touchdown of the day for the Hogs.