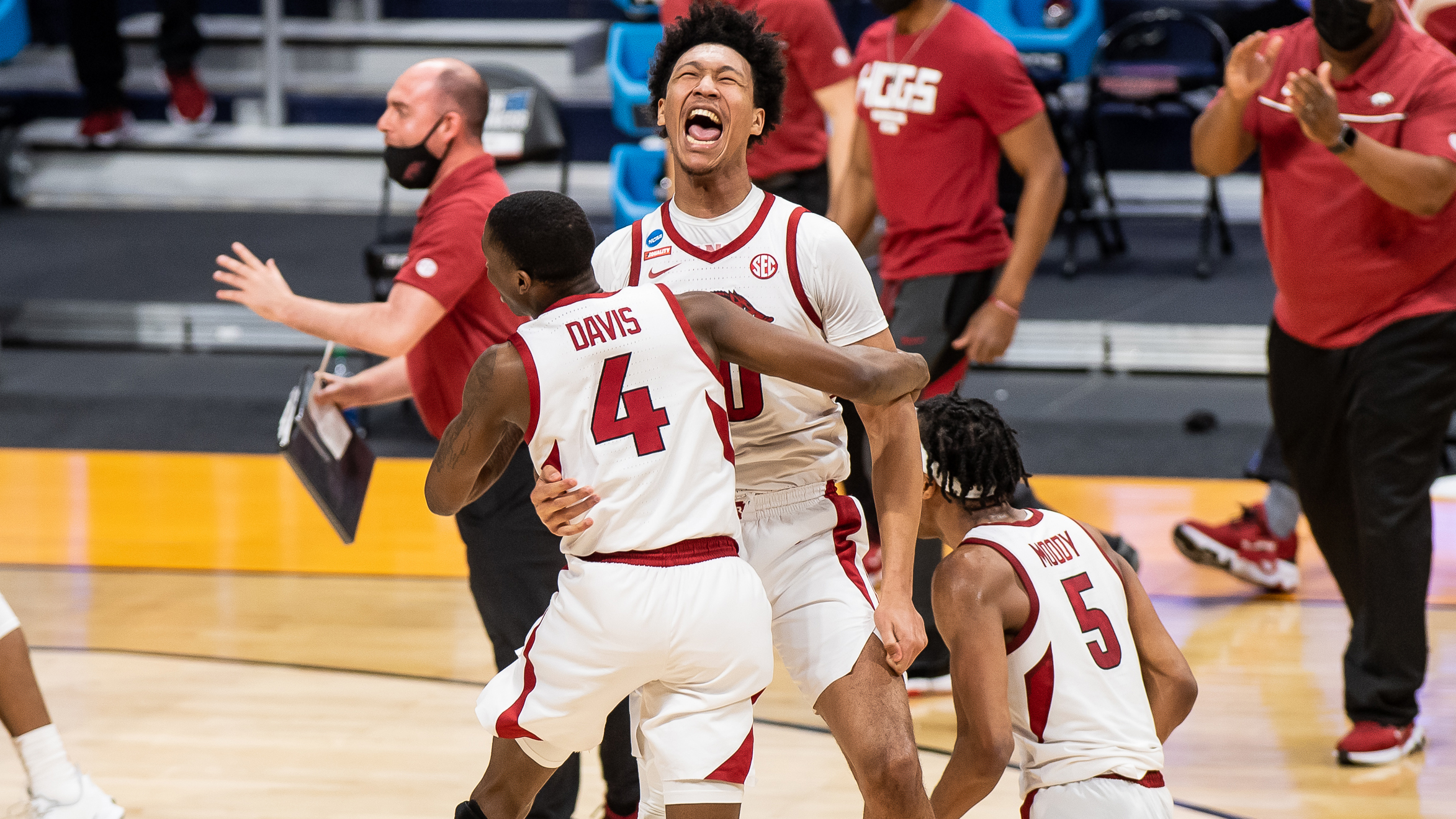 INDIANAPOLIS, Ind. – For the first time since 1996, Arkansas is headed back to the Sweet 16 with an exciting 68-66 win over Texas Tech on Sunday evening in historic Hinkle Fieldhouse.

In a game full of runs, the Razorbacks withstood a late one from the Red Raiders, who closed within a point with just over a minute remaining. J.D. Notae’s free throw made it a two-point game but his miss on the second set up a dramatic ending. Texas Tech’s Kyler Edwards’ driving layup in the final seconds was too hard off the glass and Notae snatched the rebound to seal the Hogs’ trip to the second weekend of the NCAA Tournament.

Arkansas used an 11-5 run to end the first half and take a two-point lead into the half, a lead it would not surrender the rest of the game. Those two points proved to be the difference as the two teams were deadlocked at 35-35 in the second half. The late run erased an early Texas Tech lead with the deficit ballooning to 10 points halfway through the opening half. The comeback win is the ninth this season for Arkansas when trailing by double digits.

The Razorbacks advance to their 10th Sweet 16 and will play Oral Roberts on Saturday (Mar. 27). Arkansas faced ORU earlier this season (Dec. 20) and beat the Golden Eagles, 87-76, in Bud Walton Arena.