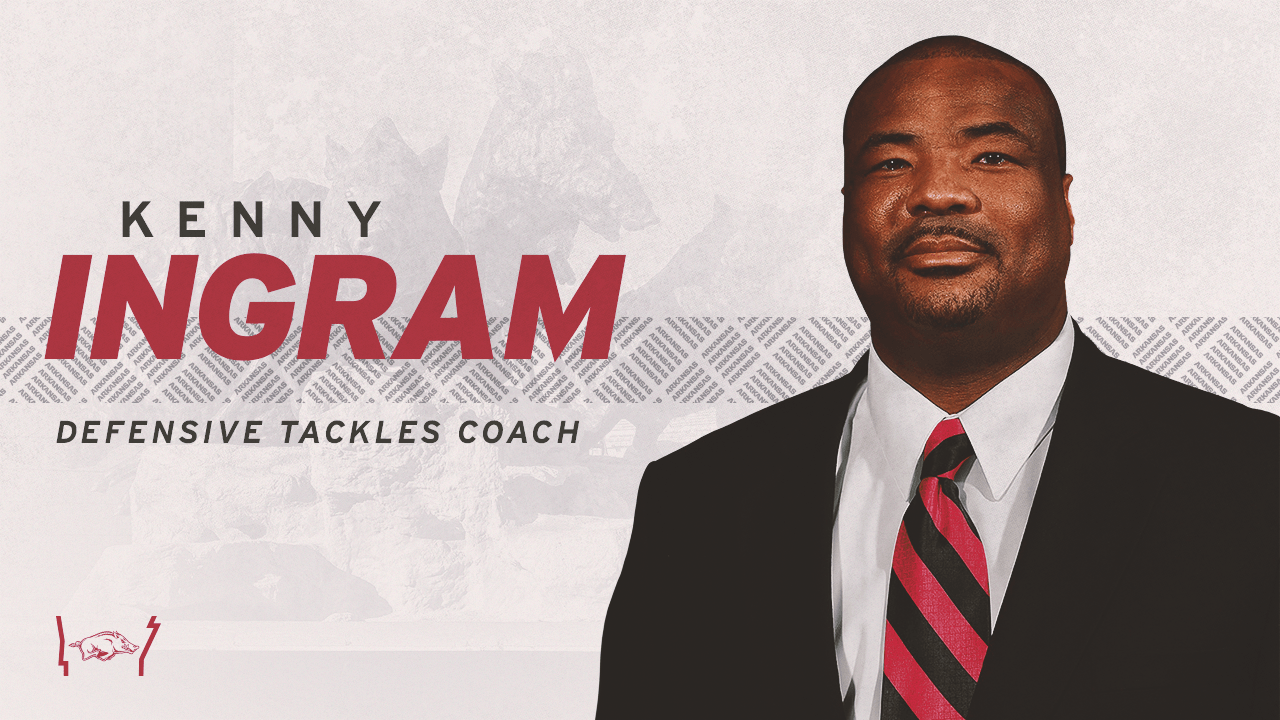 Ingram joins Arkansas from Auburn, where he served as the Director of Player Relations for the last two years in his second stint with the Tigers. Ingram held the same position in 2013-14 at Auburn after going to The Plains from Arkansas State, where he helped the Red Wolves win a Sun Belt Conference title as the team’s defensive line coach. In between stops at Auburn, he coached the defensive tackles at Cincinnati in 2015 and 2016.

Ingram began his collegiate career at Tennessee State in 2005 as the Tigers’ defensive line coach. He quickly moved back to his hometown of Memphis in 2006, taking over the linebackers for the University of Memphis before being named defensive coordinator in 2009. While at Memphis, he helped the Tigers to the 2007 New Orleans Bowl and 2008 St. Petersburg Bowl.

Prior to his collegiate coaching career, Ingram was the head coach at Melrose High School in Memphis from 2002-04. He led the Golden Wildcats to a 37-4 overall record after serving as the assistant head coach and defensive coordinator. He was a three-time Regional Coach of the Year and the Commercial Appeal’s 2004 Coach of the Year for Metro Memphis.

Ingram starred at Whitehaven High School in Memphis, then was a four-year letterman at Arkansas State, serving as team co-captain in 1992. He and his wife, Carla, have five children: Kendrien, Taylor, Kameron and twins Kennedy and Karleigh.

Da Prato began his coaching career at his alma mater, Louisiana-Monroe in 2004, as an offensive graduate assistant before being promoted to Director of Operations and Recruiting Coordinator in 2006. He will work directly with tight ends coach Barry Lunney, who has been named the Razorbacks’ special teams coordinator. Lunney is set to begin his seventh season on the Arkansas staff after rejoining the staff in 2013.