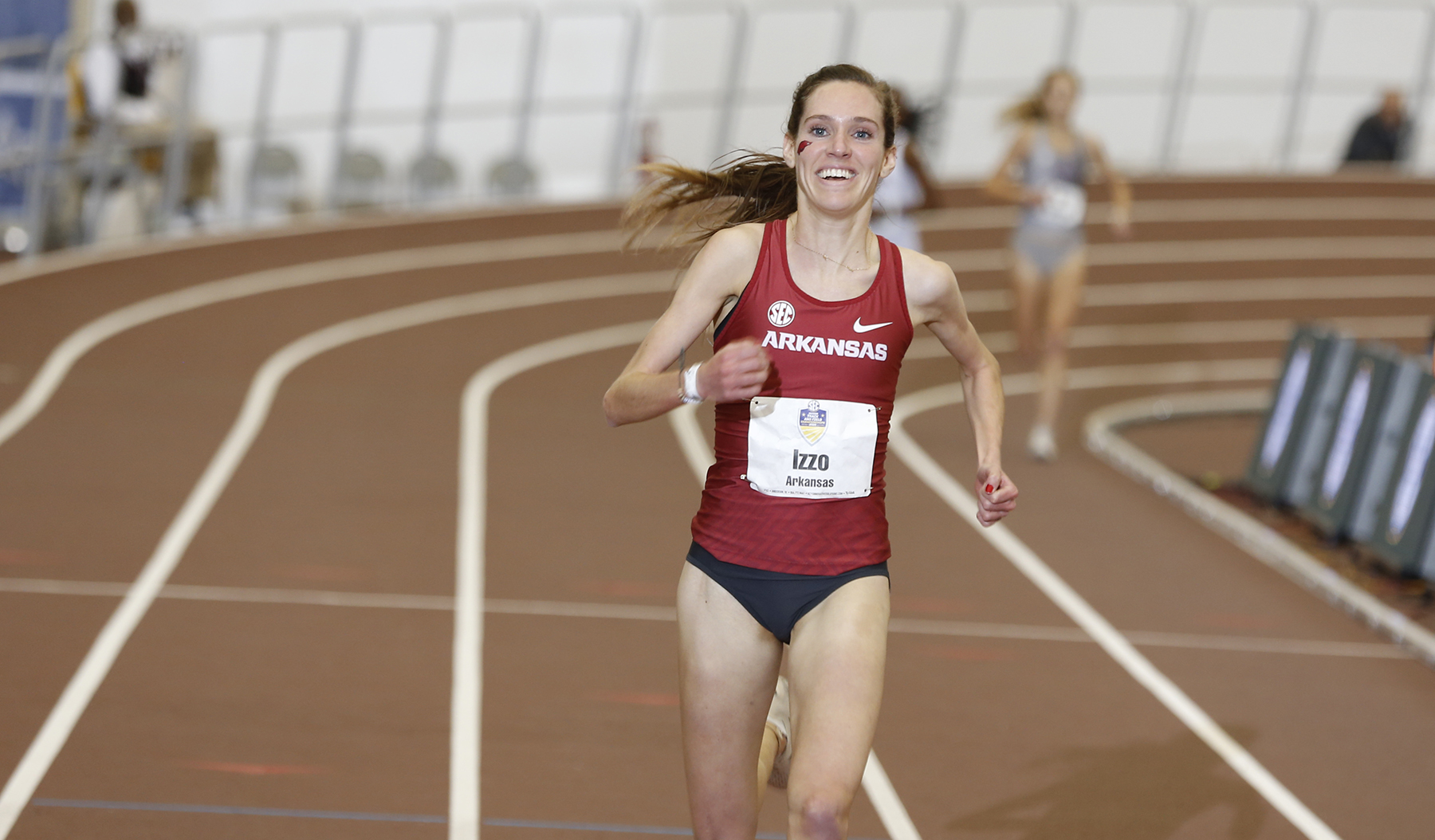 BIRMINGHAM, Ala. – Razorback Katie Izzo earned SEC Indoor Runner of the Year honors while Arkansas head coach Lance Harter was selected as SEC Indoor Coach of the Year through voting by the 15 conference coaches.

Arkansas won its 10th SEC Indoor championship under Harter with a total of 102 points to finish ahead of LSU’s 87.5. Over the past seven-plus seasons the Razorbacks have claimed 19 of 22 conference titles among the three seasons of cross country, indoor and outdoor.

Izzo, who is a junior athletically, became the seventh Razorback to claim Runner of the Year honors and the fifth Arkansas distance runner to earn the distinction indoors. During the SEC Indoor Championships, Izzo won double gold in the 3,000m and 5,000m.

“Katie just had a superb indoor season,” noted Harter. “She’s got momentum now to head into the national meet this weekend. Our peers recognized her for her talent as well as her hard work and determination. She’s such a team player, the award is well deserved.

“Any time you can stand out as an individual in the SEC it’s special. You’re talking about people who have been Olympians or competed in the World Championships, the summit level of competition that track and field has to offer. It’s really special, in my peer’s eyes, that she is deserving of this award.”