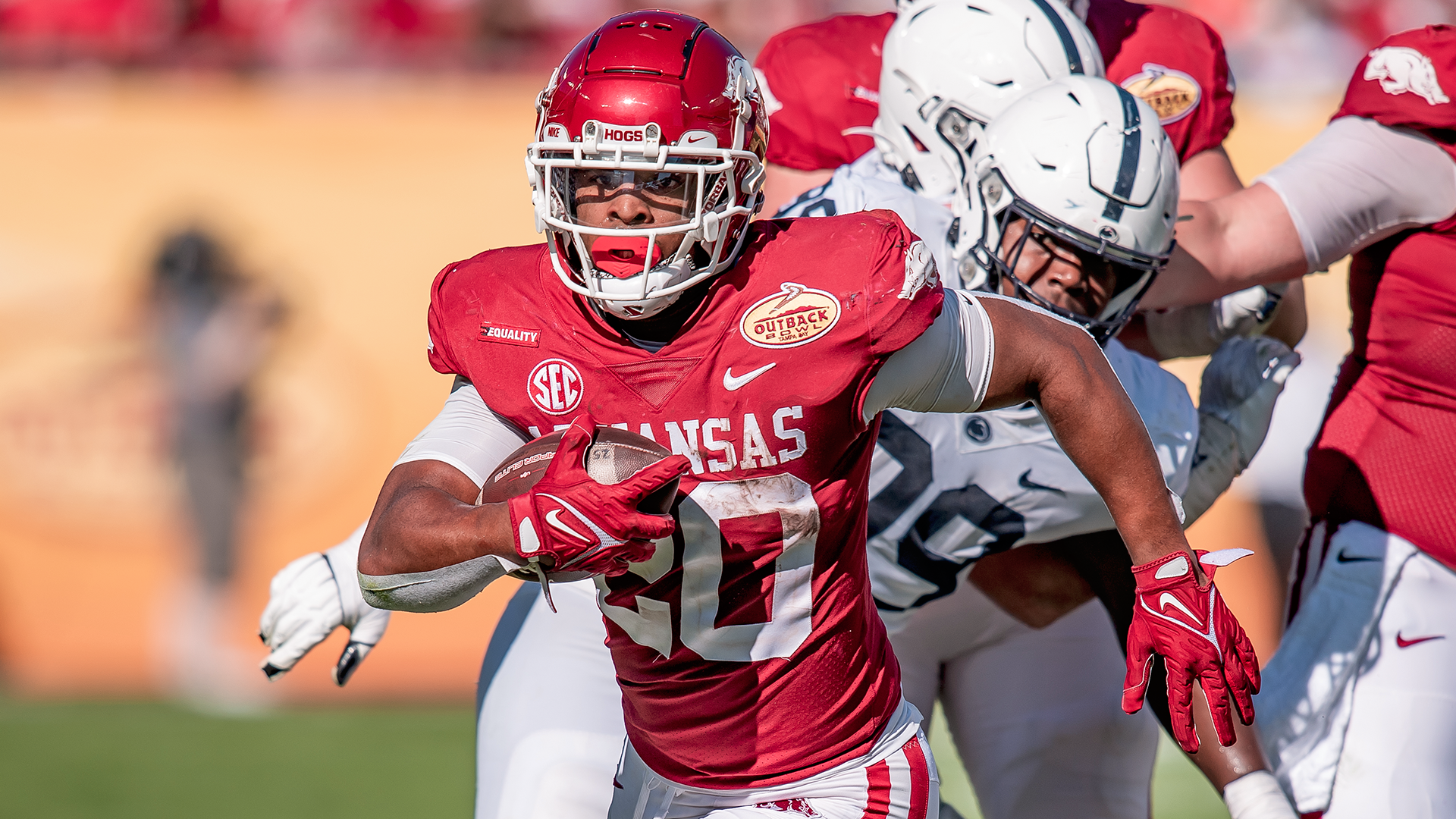 FAYETTEVILLE, Ark. – Arkansas running back Dominique Johnson has been named to the watch list for the Early Campbell Tyler Rose Award.

In addition, the nominee must meet one or more of the following criteria: born in Texas and/or graduated from a Texas high school and/or played at a Texas-based junior college or currently playing at Texas DI four-year college.

A native of Crowley, Texas, Johnson rushed for 575 yards and a team-best seven touchdowns in 13 games, including six starts, last season. He was one of four Razorbacks rushers to run for at least 500 yards – a feat that had not been accomplished at Arkansas since 1975.

Arkansas kicks off the season at 2:30 p.m. Saturday, Sept. 3, against No. 22 Cincinnati on ESPN. Season tickets are on sale now and can be purchased by clicking here or by calling the Razorback Ticket Center at (479) 575-5151.