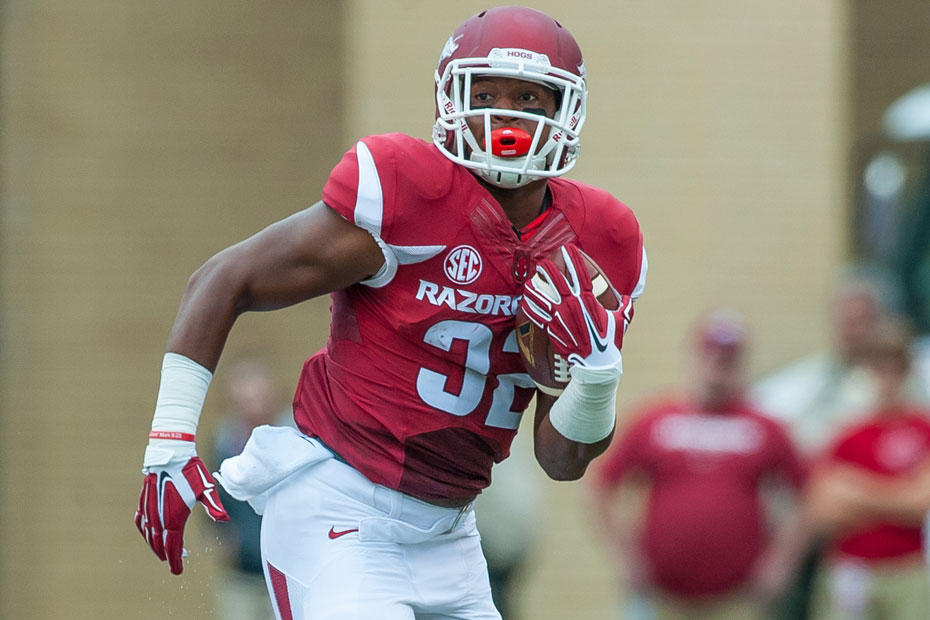 Jonathan Williams To Miss An Extended Period Of Time

FAYETTEVILLE, Ark. – Arkansas head coach Bret Bielema announced on Sunday that senior running back Jonathan Williams will miss an extended period of time during the 2015 season after suffering a foot injury in Saturday’s scrimmage. The left foot injury will require surgery, but Williams is expected to make a full recovery.

“I have no doubt that Jonathan will come back stronger than ever. Anyone that knows Jonathan Williams knows this is just another opportunity for him to prove the man of character and substance that he really is,” said Bielema. “It’s an unfortunate injury to a great young man, but we are in the process of gathering as much information as possible. There are short and long term impacts of how he proceeds and we want to make sure he does what’s best for him and his family, and his career beyond Arkansas.”

“This is no doubt a tough moment, but I know through my faith and hard work that I will make a full recovery,” said Williams.

Williams is Arkansas’ No. 10 all-time leading rusher with 2,321 career rushing yards. His 5.72 career yards per rush average ranks sixth all-time at Arkansas and his 1,190 rushing yards in 2014 was the eighth-best single-season mark in Razorback history. The Allen, Texas native was named to the preseason watch list for the Maxwell Award and Doak Walker Award.