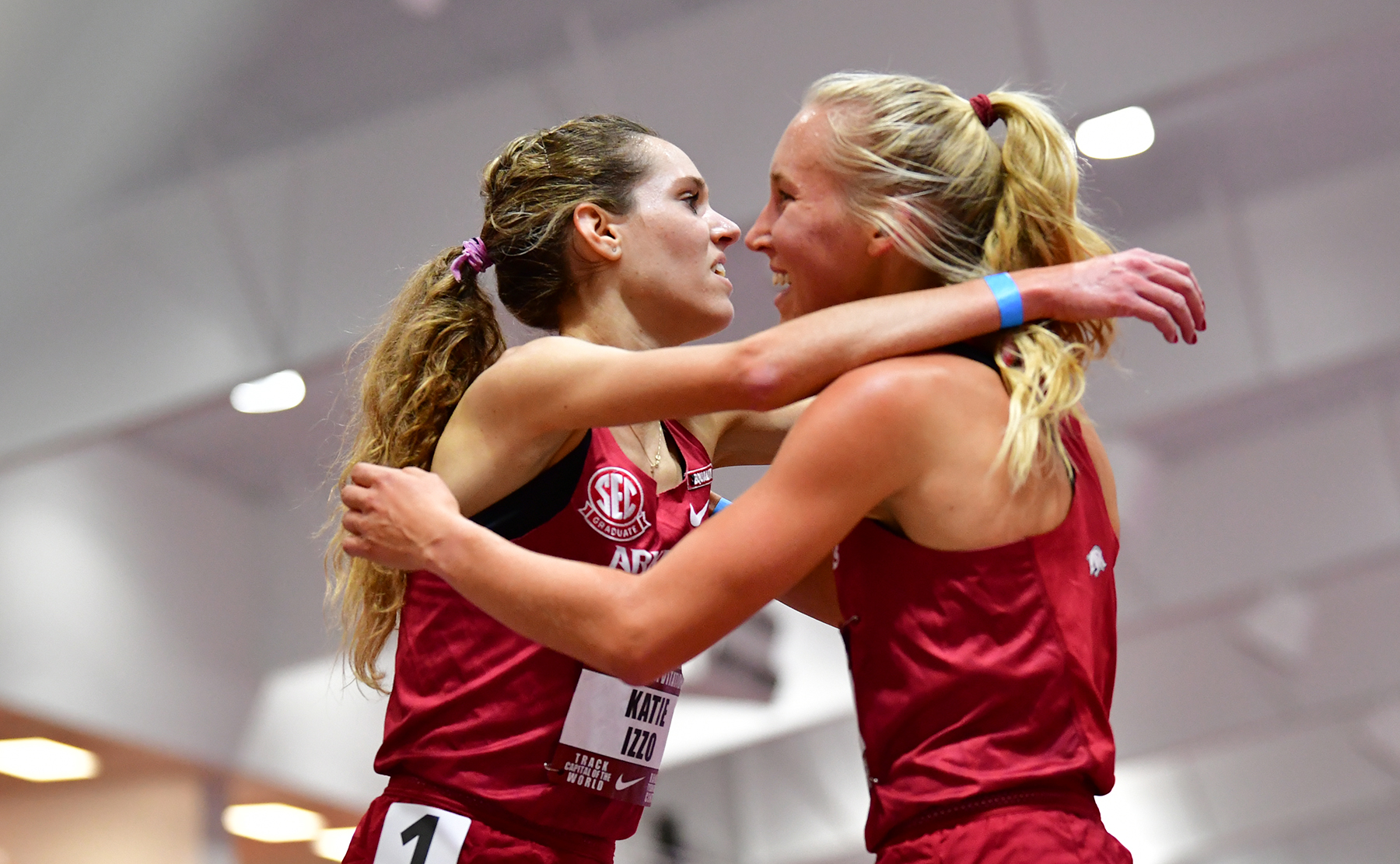 FAYETTEVILLE, Ark. – Arkansas senior Katie Izzo broke a 20-year-old meet record at the Razorback Invitational in the process of producing a world-leading time of 15:36.22 in her 5,000m victory during the first day of action in the Randal Tyson Track Center.

“They finished really strong,” stated Arkansas women’s head coach Lance Harter. “Where we are in our training and the types of performances they’re putting on is just a reconfirmation that there’s great things to come.”

“I think what is really special is these kids just believe in each other so much, there is so much confidence and allegiance to each other that they don’t want to let each other down,” noted Harter. “The race plan was to have two pods of three, and the front pod would rotate the lead every mile. The second pod knew they were going to have other people running with them and intertwined with them, which is great. They followed the race place absolutely perfectly.”

G’Auna Edwards totaled 3,966 points in her first pentathlon of the season, which ranks sixth in the nation, to place third among a field of 10 entrants. Georgia’s Anna Hall won the event with a meet record 4,590 points to better the previous mark of 4,558 set by another Bulldog, Kendell Williams, in 2016. Runner-up with 4,182 points was Mathilde Rey of Oregon.

“We led off the day with GiGi in the pentathlon, and she had a great day until we got to the final event,” said Harter. “That’s something she can correct. So, it’s a good start and she will get to do it again at the conference meet, where she will face the top two multi-eventers who happen to be in our conference. When in doubt it’s the SEC.”