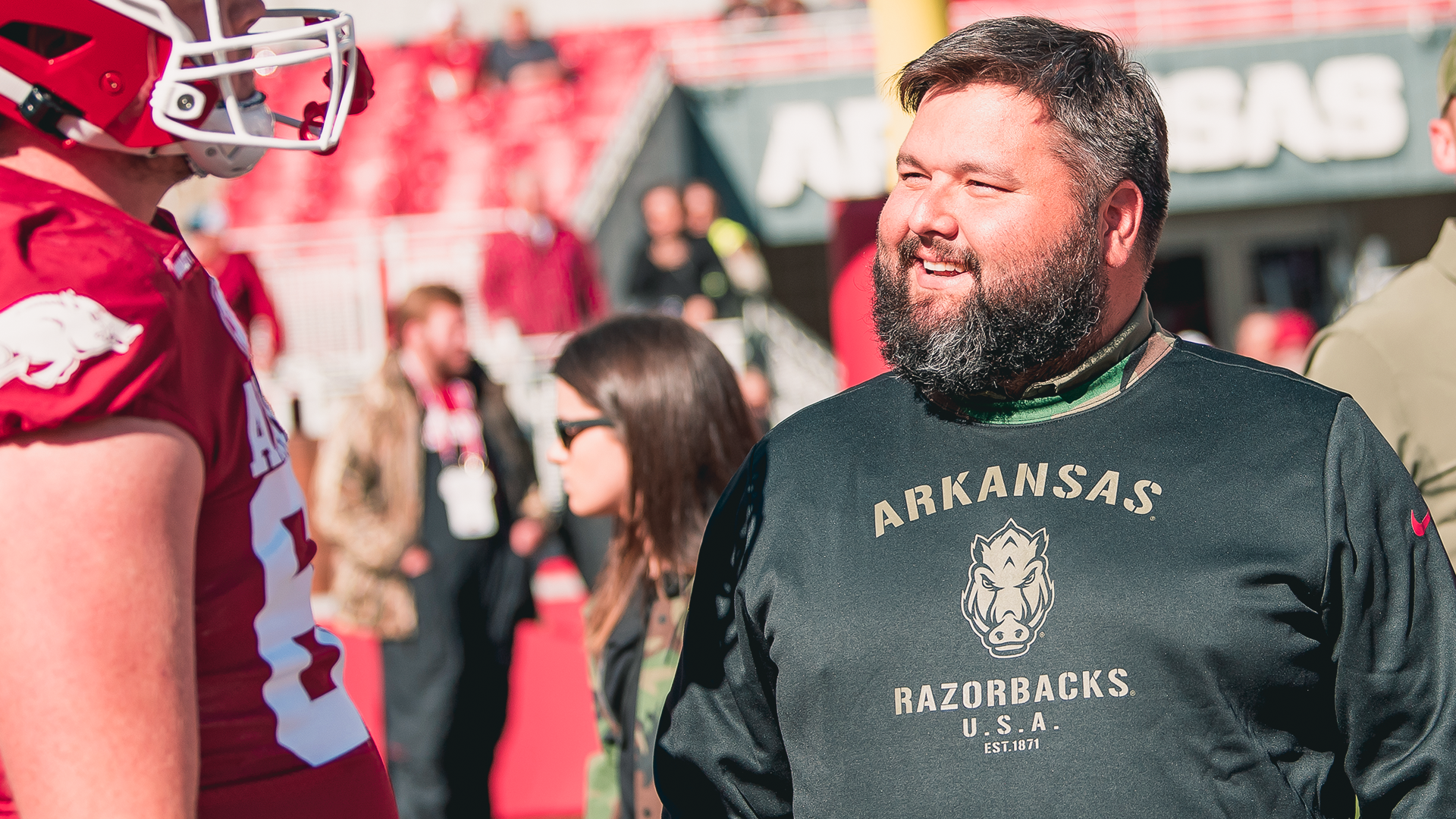 FAYETTEVILLE, Ark. – Arkansas offensive line coach Cody Kennedy is one of 15 semifinalists for the Broyles Award, given to the nation’s top assistant coach.

The Razorbacks’ offensive line has blossomed under Kennedy’s watch this year, paving the way for the SEC’s second-best rushing attack. Four Arkansas ball carriers have gained 400-plus yards on the ground this season, marking the first time an Arkansas offense has had four 400-yard rushers since 1975 when the Razorbacks averaged 320 rushing yards per game and totaled a then-school record 3,523 yards on the ground.

Big day for our offensive line.@CoachCKennedy is a semifinalist for the @BroylesAward, given to the nation’s top assistant coach. pic.twitter.com/W0ilODZAJ8

Thanks in part to the offensive line, Arkansas is averaging 222.3 yards per game on the ground, the program’s best mark since 2006 when the Hogs averaged 228.5 rushing yards per game behind the legs of two 1,000-yard rushers in running backs Darren McFadden and Felix Jones.

Kennedy’s unit is also a semifinalist for the Joe Moore Award, which recognizes the most outstanding offensive line in the country.

A 43-member selection committee of distinguished former head coaches, broadcasters and a committee representing the Football Writers Association of America will next choose five finalists from the list of semifinalists and then an overall winner.