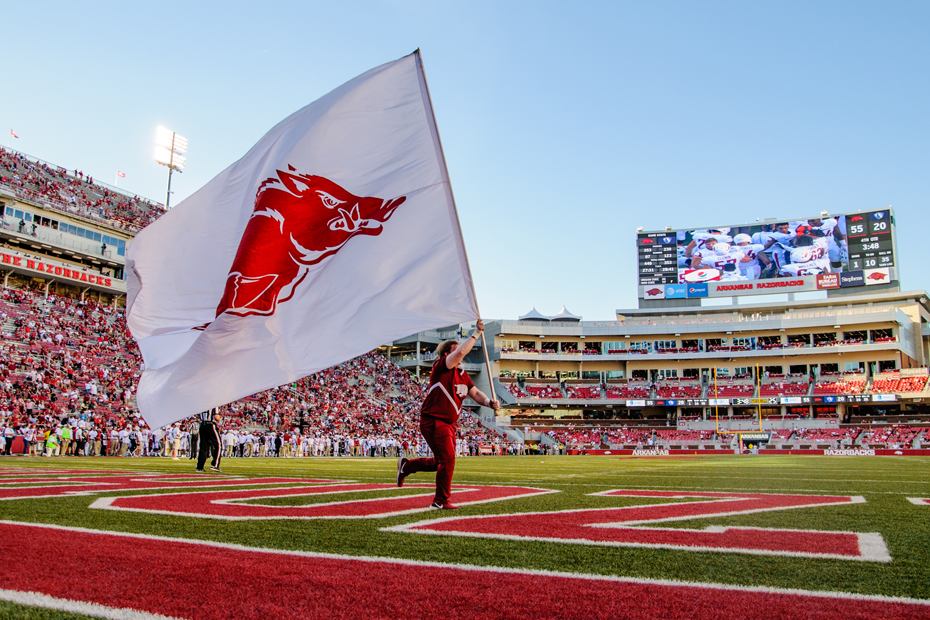 FAYETTEVILLE, Ark. – The game times for Arkansas’ first three games of the 2021 season are set.

The Razorbacks will kick off Sam Pittman’s second season on The Hill on Sept. 4 against rice at 1 p.m. on ESPN+/SEC Network+. The Hogs and Owls will meet for the first time since 1991, Arkansas’ last year in the Southwest Conference. The Razorbacks are 35-29-3 all time against Rice dating back to 1919.

Arkansas hosts Georgia Southern in the third game of the season at 3 p.m. on SEC Network. The meeting between the Hogs and Eagles will be the first on the gridiron.

The Razorbacks’ game vs. Texas on Sept. 11 was previously announced for a 6 p.m. kickoff on ESPN.

A number of non-conference games, but no more than one per year per school, will appear on ESPN+ as part of the SEC’s recently announced media rights agreement with The Walt Disney Company. The home institution has the benefit of determining the start time in a non-exclusive broadcast window for all games carried on a digital platform. This year, those contests will also air on the SEC Network+ digital platform. Both streams are accessible in the ESPN app via connected devices. Nine such contests will air the opening three weeks of the 2021 season, with additional games to be added throughout the season via the normal in-season selection process.

Season tickets are now on sale. For more information visit arkansasrazorbacks.com or call the Razorback Ticket Center at 479.575.5151.