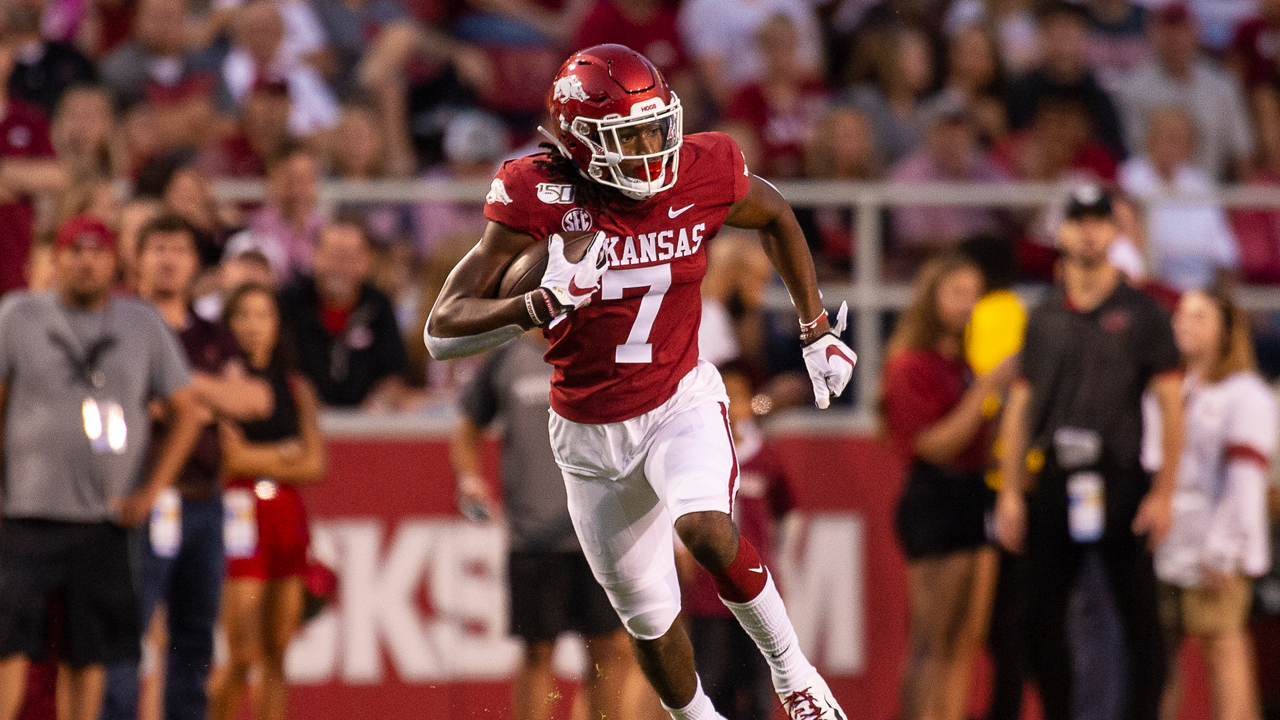 Knox, a native of Murfreesboro, Tennessee, ranks second on the team with 26 receptions and 357 receiving yards after playing in six games this season. He’s scored twice this year on passing plays of eight and 24 yards, which is tied for the team-best in touchdown catches. Knox was also named to the FWAA Preseason Freshman All-American Watch List on Aug. 23.

He produced three-straight games with 80+ yards on six or more catches to open the month of September, topping off with 90 yards and a touchdown on six receptions against Colorado State on Sept. 14. He leads all SEC freshmen in receiving yards per game (59.5) and receptions per game (4.3), ranking fifth and seventh nationally, respectively, among FBS freshmen.

Knox’s longest play of the season came in Arkansas’ SEC opener against Ole Miss on a 49-yard reception, which was the longest catch by an Arkansas true freshman since Hunter Henry in 2013. He is currently on pace to record the most receiving yards by a freshman since Henry’s 409.

Knox and the Razorbacks return to action against Alabama on Saturday, Oct. 26, at 6 p.m. in Tuscaloosa. The game will be broadcast on ESPN and the ESPN app.