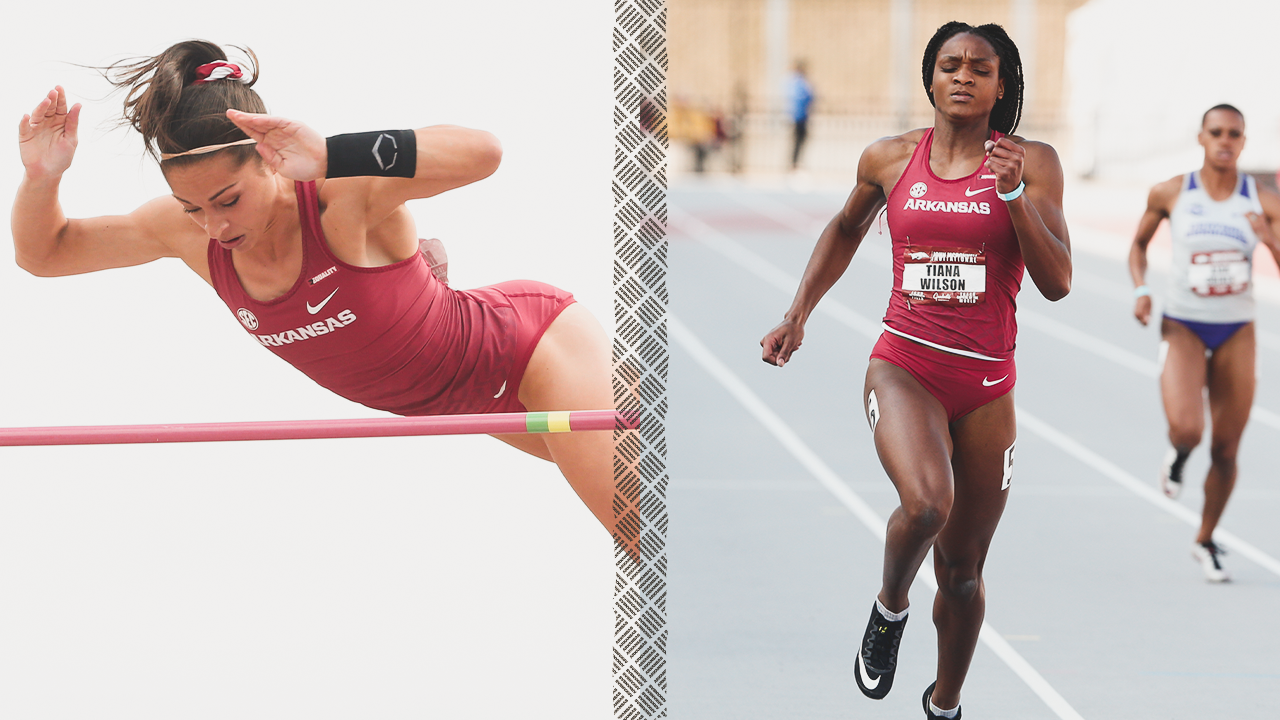 FAYETTEVILLE, Ark. – The first day of the John McDonnell Invitational, with 867 fans in attendance, included a pair of Razorback victories for Tiana Wilson in the 200m and Lauren Martinez in the pole vault as each moved into the UA all-time top 10 with their respective performances.

Wilson sped to a career best of 23.24 (wind +0.9) in the 200m ahead of teammate Yoveinny Mota, who clocked a career best of 23.42 as runner-up. Wilson moves to No. 8 on the Arkansas all-time list. The Razorbacks also finished third and fourth with Jayla Hollis in 23.94 while Morgan Burks-Magee posted a 24.03.

Martinez and Nastassja Campbell had their second 1-2 finish in the pole vault this outdoor season as both cleared 14-4 ¾ (4.39). Martinez registered her third consecutive victory, and she set a career best vault by a quarter of an inch, moving to No. 7 on the UA all-time list.

In her first steeplechase as a Razorback, Logan Morris finished third in 10:07.80, which moves her to No. 8 on the UA all-time list. Morris has a best of 10:07.13 from 2018 when she claimed a silver medal in the ACC Championships while at Clemson.

Wichita State’s Rebekah Topham set a meet record in the steeplechase with a 9:58.39 victory, eclipsing the 10:22.14 set by Jessica Kamilos of Arkansas in 2013.