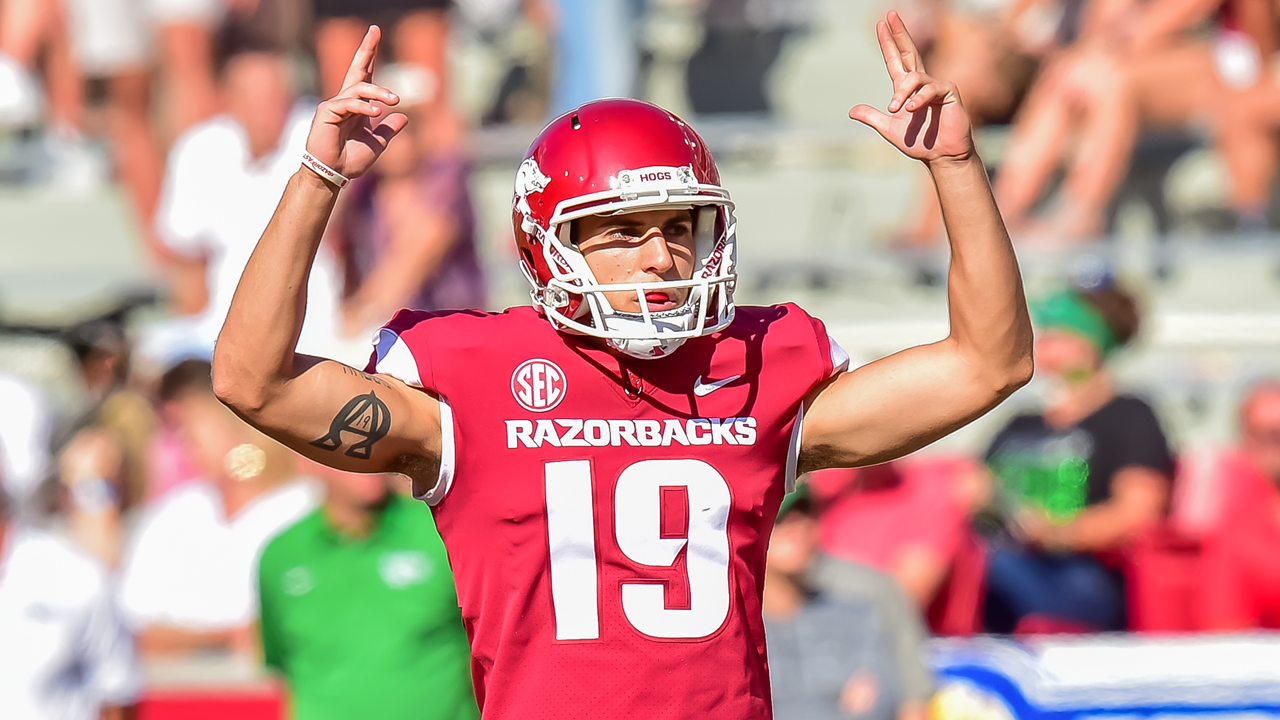 From Allen, Texas, Limpert connected on 19-of-24 field goal attempts over the course of the 2018 season, good for 79.2 percent. His clip was tied for sixth-best in a season by a Razorback, even with Bruce Lahay’s performance in 1981. His 19 field goals made also matched Lahay and Steve Little’s (1977) total for fourth-most in a single year by an Arkansas kicker.

Included in his total was a streak of 10-straight field goal attempts made from Sept. 22-Oct. 27, which ranked as the third-longest in school history. His top performance of the season came on a cold, rainy night against Ole Miss in Little Rock on Oct. 13, where he proceeded to successfully convert all four of his field goals. In doing so, he became the first Razorback since Alex Tejada in 2007 to go 4-for-4 in a game and tied for third-most FGM in a game with Kendall Trainor in 1988.

On top of his streak, Limpert also nailed the seventh-longest kick in school history with a 55 yarder against Vanderbilt on Oct. 27. It was his second field goal from over 50 yards in 2018, also connecting on a 54-yard FG against North Texas, making him the first Razorback kicker with multiple 50-yard plus field goals made in a season since Zack Hocker in 2013. Limpert also finished the year with a perfect 29-for-29 mark in extra point attempts, rounding out his junior campaign with an 86.0 grade from Pro Football Focus.

The 28th Annual Lou Groza Collegiate Place-Kicker Award, presented by the Orange Bowl Committee, recognizes the three finalists during a celebration in Palm Beach County, culminating with a gala awards banquet at West Palm Beach’s Kravis Center for the Performing Arts on Dec. 9.

Limpert and the Razorbacks will open the 2019 campaign on Saturday, Aug. 31, against Portland State at 3 p.m. at Donald W. Reynolds Razorback Stadium.