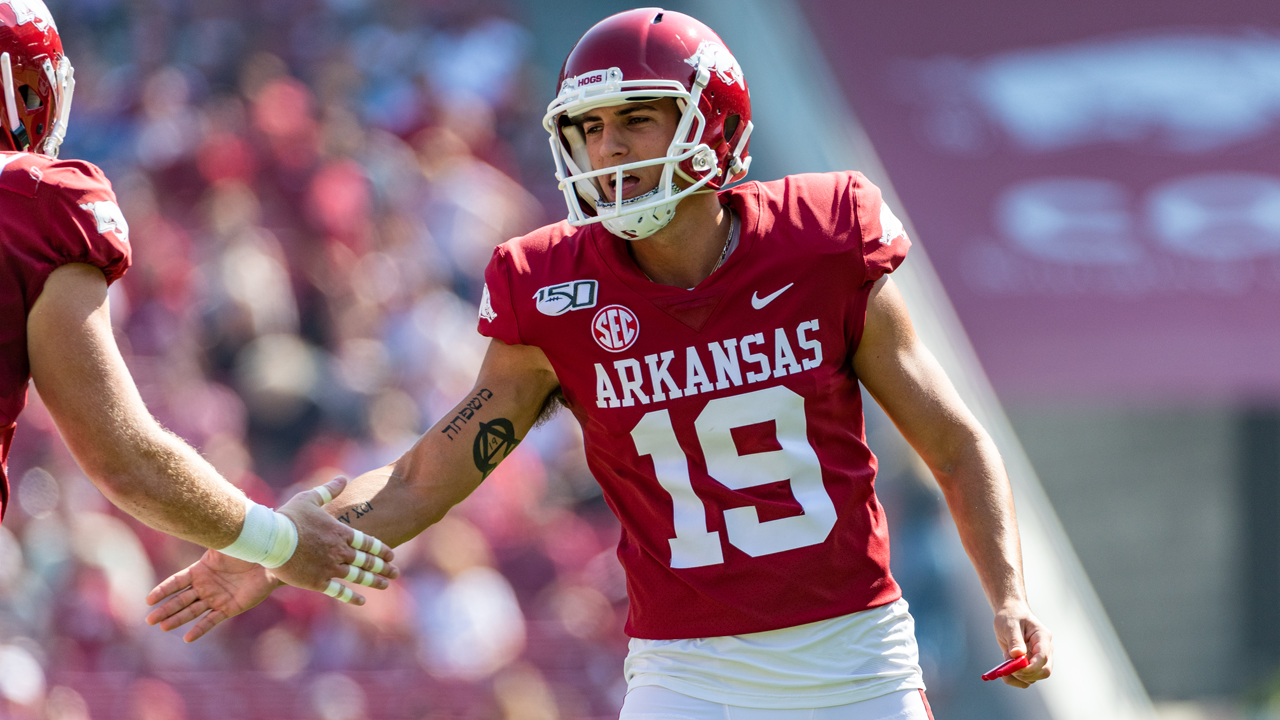 FAYETTEVILLE, Ark. – Arkansas senior Connor Limpert has been named a semifinalist for the Lou Groza Award, which is presented annually to the nation’s top kicker.

Limpert, from Allen, Texas, is one of 20 semifinalists for the honor, which will be voted on by a panel of more than 100 FBS head coaches, SIDs, media members, former Groza finalists and current NFL kickers to select the three finalists. He was also named a nominee for the Burlsworth Trophy on Nov. 5., given to the most outstanding player who began his career as a walk-on.

It is the second consecutive season he has been recognized as a semifinalist for the Groza Award.

This year, Limpert is 12-15 in field goal attempts, splitting the uprights in every game he’s had an attempt. He has made six from 40+ yards, including a 54-yarder against Colorado State on Sept. 14. The kick against the Rams ties for the ninth-longest in school history and was one yard shy of a career-long.

He ranks seventh in career field goals made at Arkansas with 39, needing five more successful kicks to reach sixth and five attempts to hit eight in career attempts with 47. His career percentage of 81.3 would finish as the school record if the season ended today, while his season clip of 80 percent currently tops last year’s personal mark (.792) for sixth in field goal percentage in a season.

Limpert will play his final game at Donald W. Reynolds Razorback Stadium on Saturday, Nov. 9, at 11 a.m. against Western Kentucky. He and 16 other seniors will be recognized in a pregame ceremony before kickoff against the Hilltoppers. Single-game tickets remain and can be purchased by calling the Razorback Ticket Center at 479.575.5151 or by visiting ArkansasRazorbacks.com.