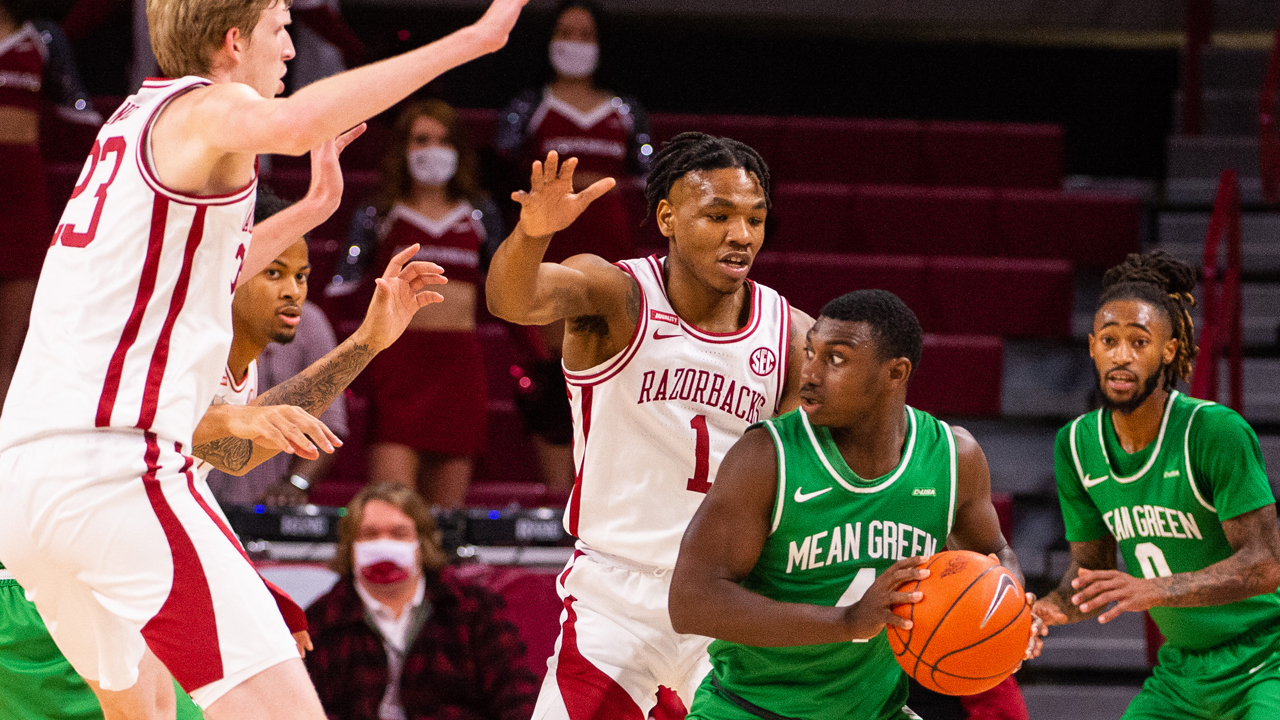 FAYETTEVILLE – For the third straight year, Arkansas hosts North Texas. Tip-off is set for 4:00 pm and the game is part of the 2021-22 men’s basketball season ticket package, making this the second straight year the Arkansas-North Texas game being a sellout.

Per NCAA regulations, Arkansas can host North Texas, an NCAA Division I opponent for an exhibition, if the game has a charitable component. A portion of the proceeds from concessions and merchandise sales versus the Mean Green will go to benefit COVID relief efforts in the state via the United Way of NWA through the Arkansas 211 program. Arkansas 211 has provided an essential response to Arkansans across the state since the beginning of the COVID-19 pandemic.