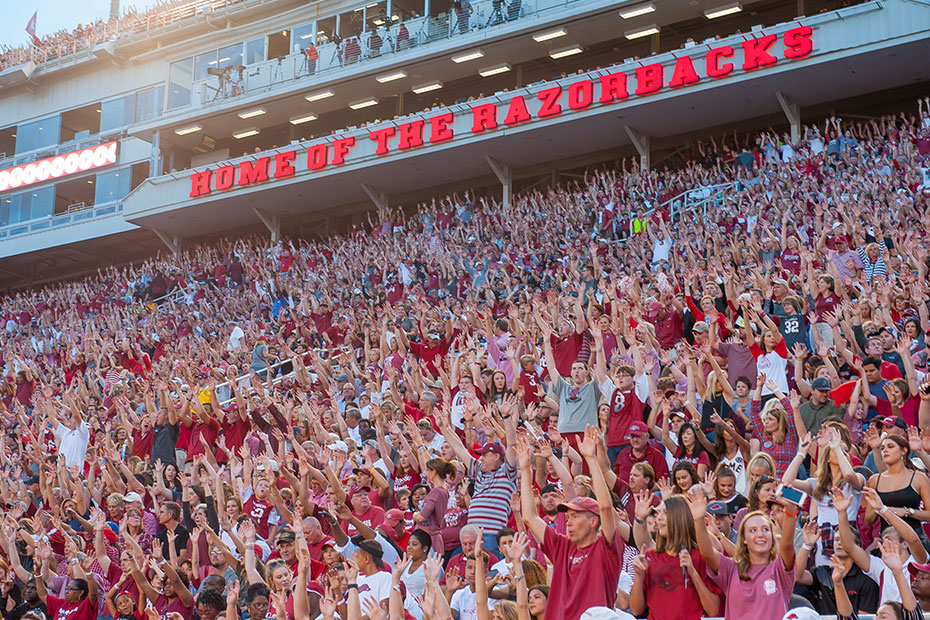 FAYETTEVILLE, Ark. – Currently riding a two-game win streak, Arkansas’ SEC home showdown at Donald W. Reynolds Razorback Stadium with No. 16 Mississippi State on Nov. 18, has been held by CBS for a six-day window selection, the league office announced on Monday. The game time and network will be announced later this week.

The series, which Arkansas leads 16-10-1 all-time, has produced two straight games that have resulted in combined 100 points or more. Behind 357 yards rushing and 304 through the air last season in Starkville, Mississippi, the Razorbacks defeated the Bulldogs, 58-42.