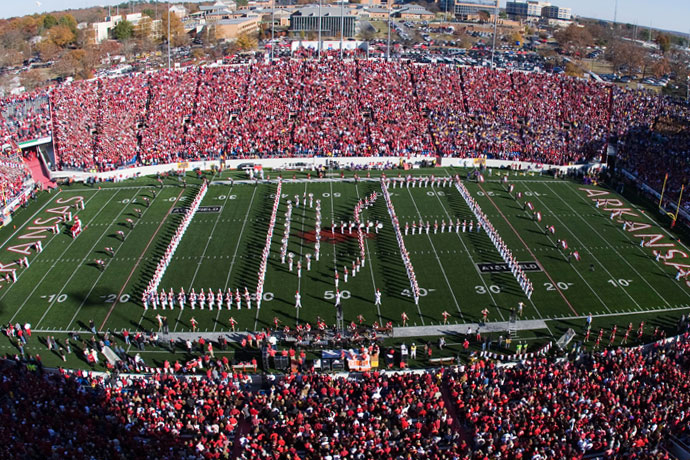 Mooty to Serve as Honorary Captain

A three-year letterwinner from 1957-59, Mooty is a two-time All-Southwest Conference selection.

He rushed 211 times for 1,152 yards during his career, scoring nine touchdowns and also caught 13 passes for 156 yards.

As a senior in 1959, he led the league in rushing touchdowns en route to first team All-America honors.

Mooty capped his career with one of the most storied plays in Arkansas football history, a 17-yard touchdown run that lifted the Razorbacks over Georgia Tech 14-7 in the 1959 Gator Bowl. He was named the game’s Most Valuable Player, and the Razorbacks ended the season 9-2, co-champion of the SWC and ranked No. 9 nationally.

The A-Club honorary captain is recognized before each home game for their outstanding accomplishments on the field during their Razorback career. Before kickoff, they will be recognized and will accompany the captains to midfield for the coin toss.

The honorary captain program was launched in 2002 and has recognized more than 70 former Razorback football student-athletes.

The Razorbacks will host Toledo on Saturday, Sept. 12 at War Memorial Stadium in Little Rock, Arkansas. Kickoff is slated for 3 p.m. and the game will be televised on SEC Network Alternate and WatchESPN.com. Tickets are still available for Saturday’s game and may be purchased online HERE or by calling 1-800-982-HOGS.

For more information on SEC Network Alternate and how to find the channel on your TV, please click here.