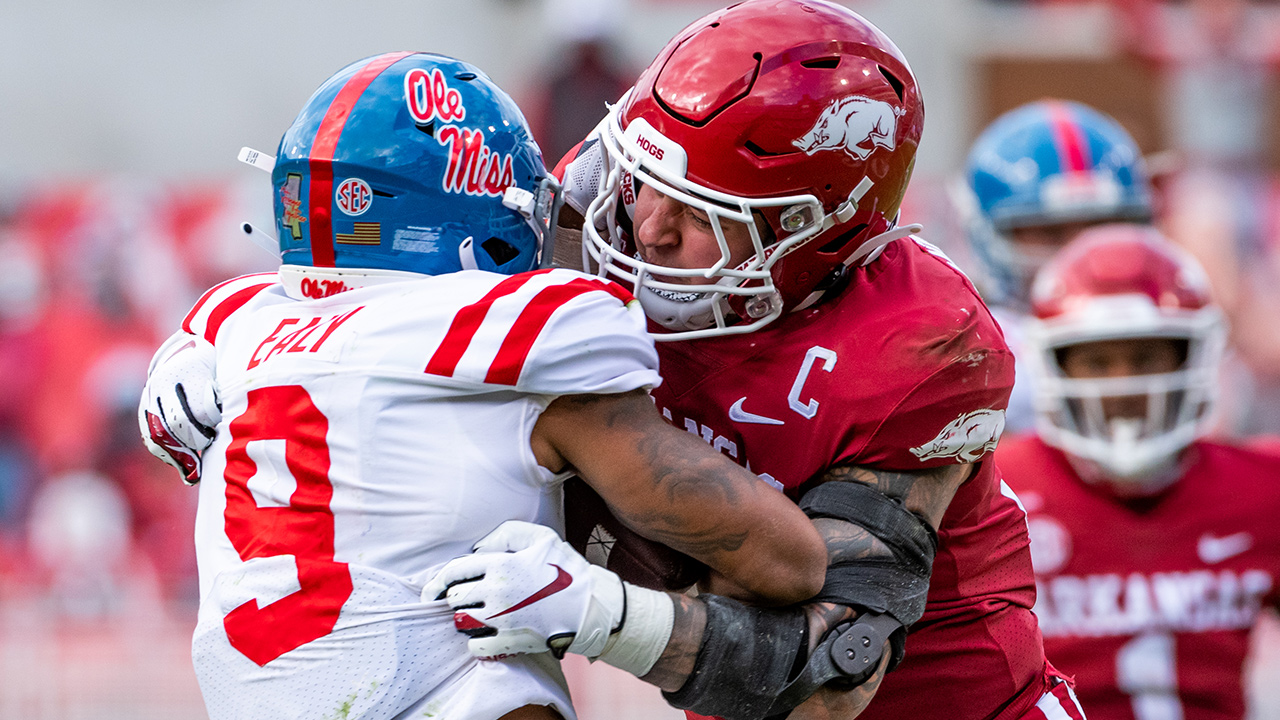 FAYETTEVILLE, Ark. – The Maxwell Football Club has announced that Arkansas redshirt senior LB Grant Morgan has been named the Chuck Bednarik Award National Player of the Week following his impressive performance in the Razorbacks 33-21 win over Ole Miss.

Morgan was all over the field and made a career-high 19 tackles with 3.0 tackles for loss, 1.0 sack, two passes broken up and an interception return for a touchdown. With Arkansas leading 26-21 late in the fourth quarter, he picked off his first career pass and returned it 23 yards for a score, sealing a Razorback win. The Greenwood, Ark. native set a career-high with 3.0 tackles for loss, which included two solo stops for loss. Morgan became the second FBS player since 2000 to record at least 15 tackles with 3.0 tackles for loss and an interception return for a touchdown. His 19 tackles are the second-most in a single-game by an FBS player this season, trailing teammate Bumper Pool’s 20 stops at Mississippi State.

🗣️ Another one for @grantmorgan15

He's the Bednarik Award National Player of the Week 😤

The former walk-on became the third Hog to earn SEC co-Defensive Player of the Week Recognition earlier this week, joining LB Bumper Pool and DB Joe Foucha. Morgan was part of a Razorback defense that intercepted six passes against the Rebels, tying for the fifth-most single-game total in school history. Arkansas leads the nation with 10 interceptions this season.

Morgan leads the nation averaging 13.0 tackles per game and paces the SEC in total tackles (52).

Each week the Maxwell Football Club announces the Chuck Bednarik Award Player of the Week for the nation’s most outstanding defensive performance. Players selected do not have to be represented on the Bednarik Award watch list.