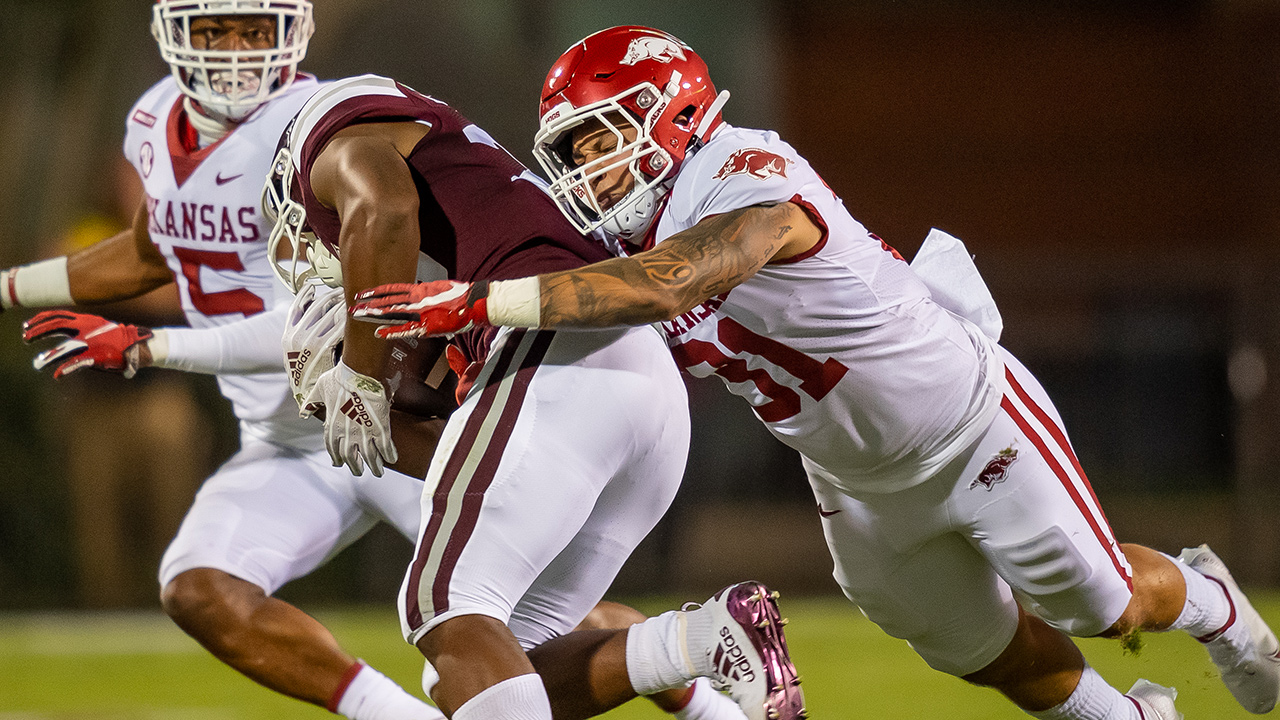 He ranks second in the nation with 111 total tackles and third averaging 12.3 tackles per game – the most in the Southeastern Conference – and was named to the coaches’ and AP All-SEC First Team. The Greenwood, Ark. native also added five passes broken up, two quarterback hurries, one interception return for a touchdown, 2.0 sacks and a team-leading 7.5 tackles for loss to his season stat line. The Butkus Award, which honors the nation’s best linebacker, named Morgan a semifinalist.

He has recorded 15 or more tackles in four games, the most in a single-season at Arkansas since Ken Hamlin in 2002 and the most by an SEC player since Missouri’s Kentrell Brothers in 2015. The former walk-on became the first Razorback since Tony Bua in 2003 to record consecutive 15+ tackle games with his second 19-tackle performance of the year against LSU. He is the only FBS player this season to record six games of at least 12 tackles.

Morgan is one of three finalists for the Burlsworth Trophy, awarded to the most outstanding player who began their career as a walk-on. The trophy is named after former Arkansas walk-on and All-American OL Brandon Burlsworth. The winner will be announced in a virtual ceremony at noon on January 4.