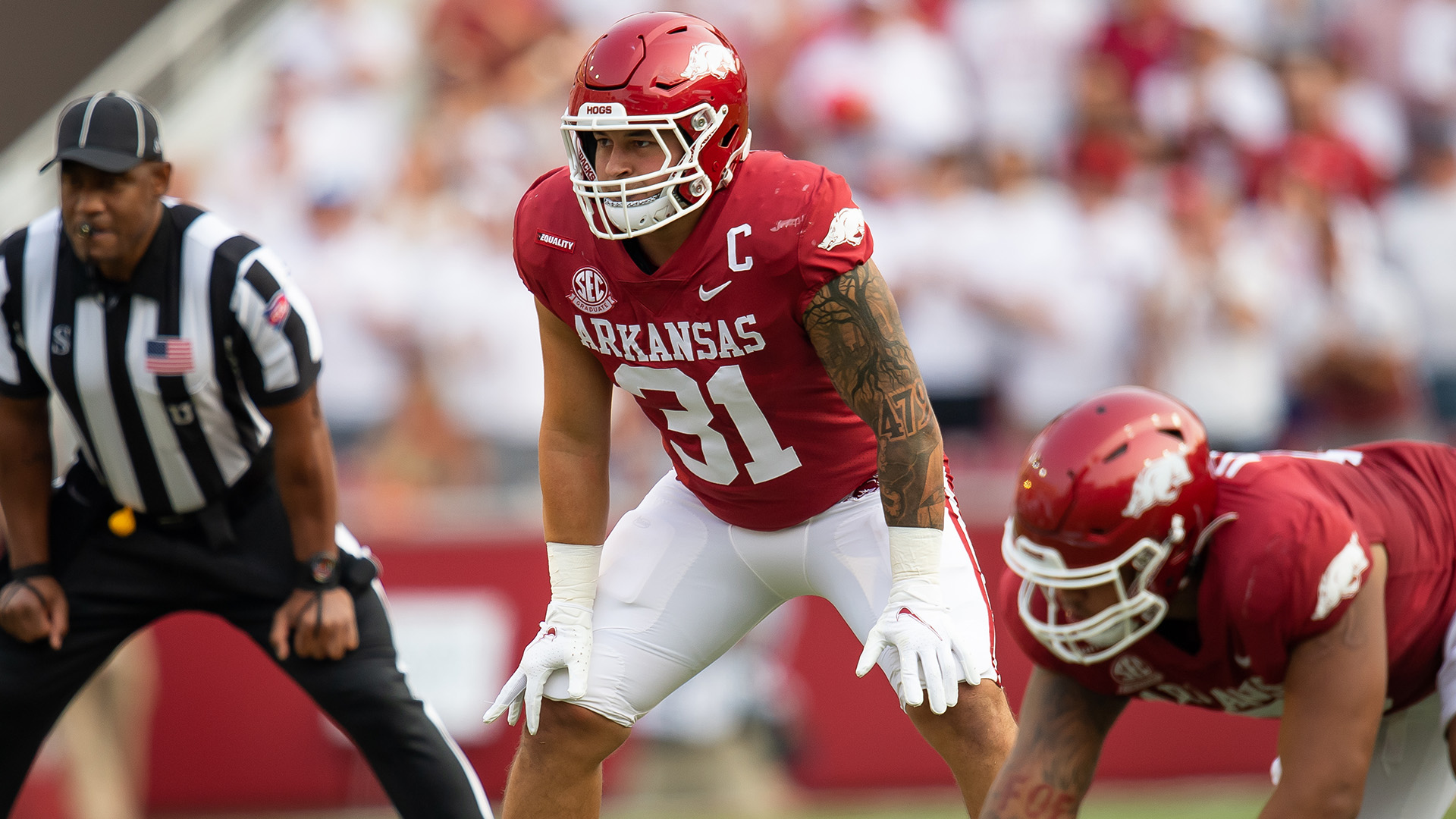 Morgan logged 13 tackles with 2.5 tackles for loss and 0.5 sacks against the Longhorns, and tallied his seventh-career double digit tackle game. The Greenwood, Ark. product posted those numbers playing in 44 snaps and was part of a defense that held UT to just 3.6 yards per carry.

The linebacker earned the award for the second time in his career, after recording 19 tackles, 3.0 tackles for loss, 1.0 sack and returning an interception for a touchdown last year against Ole Miss.

Another award for the captain, @grantmorgan15 🏆

Each week the Maxwell Football Club announces the Chuck Bednarik Award Player of the Week for the nation’s most outstanding defensive performance. Morgan was included on the award’s preseason watch list.