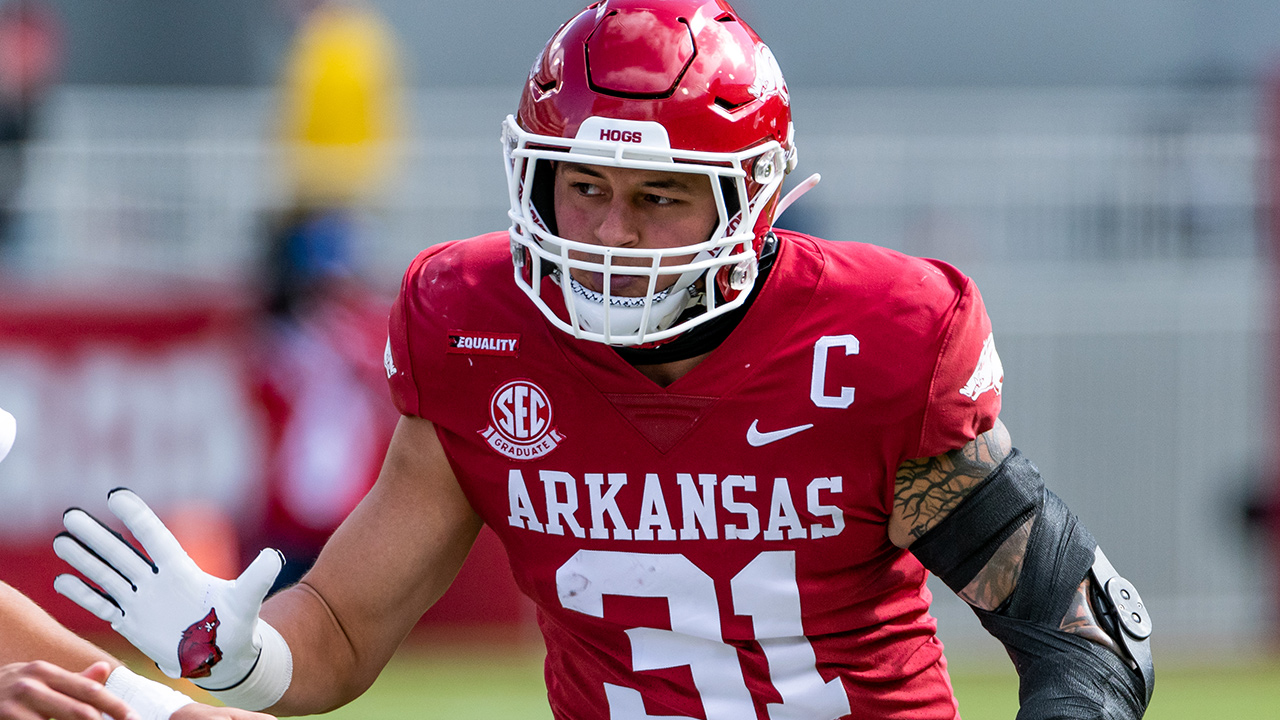 Burks is ranked fourth in the SEC and 18th nationally with 820 receiving yards, placed sixth in the league with 5.7 receptions per game and seventh with seven touchdowns. Against Missouri, the Warren, Ark. native made 10 catches for a career-high 206 receiving yards, the third-best single-game mark in program history. The sophomore is tied for sixth in the FBS with six games of 90+ receiving yards. Burks scored a touchdown in three straight games against Ole Miss, Texas A&M and Tennessee, totaling four during that stretch, catching two TDs against the Aggies. This season, Burks is one of just four FBS players to post 130+ receiving yards and 40+ rushing yards in the same game when he made 11 grabs for 137 yards and ran four times for 46 yards against Ole Miss. He was named All-SEC second team by both the coaches’ and AP.

Catalon is the only FBS player to make 95+ tackles with three interceptions this season and the first SEC freshman since Tennessee’s Eric Berry in 2007 to have at least 86 stops and three picks. The dynamic defensive back leads all FBS freshmen with 99 total tackles while also posting 2.0 tackles for loss, two forced fumbles and one fumble recovery. His 9.9 tackles per game lead all FBS freshmen and rank fourth among all SEC players. He made a career-best 16 tackles against LSU, and totaled five games of 12 or more tackles, second in the country behind Morgan. Catalon became the first Hog to intercept passes in back-to-back games when he did so against LSU and Florida. He has also been named to The Athletic’s Freshman All-America first team. Catalon earned AP All-SEC first team and coaches’ All-SEC second team honors.

Marshall was the only Hog defender to start all 10 regular season games, totaling 35 tackles, 6.5 tackles for loss, 1.0 sack, one forced fumble and four quarterback hurries. According to Pro Football Focus, the senior captain led the SEC in both run-defense grade (80.8) and run stops (20). His 633 snaps played led SEC interior defensive lineman. Marshall made all 6.5 tackles for loss in six consecutive games and forced a fumble against No. 1 Alabama. The AP named him All-SEC second team.

Clary played in eight games this year, including starting the last seven games of the season on the offensive line, making five starts at right guard and two at center. Clary earned a 74.7 run blocking grade from PFF, which ranks inside the top 25 among SEC offensive lineman that played over 400 total snaps. He allowed just two sacks and four quarterback hurries all season.