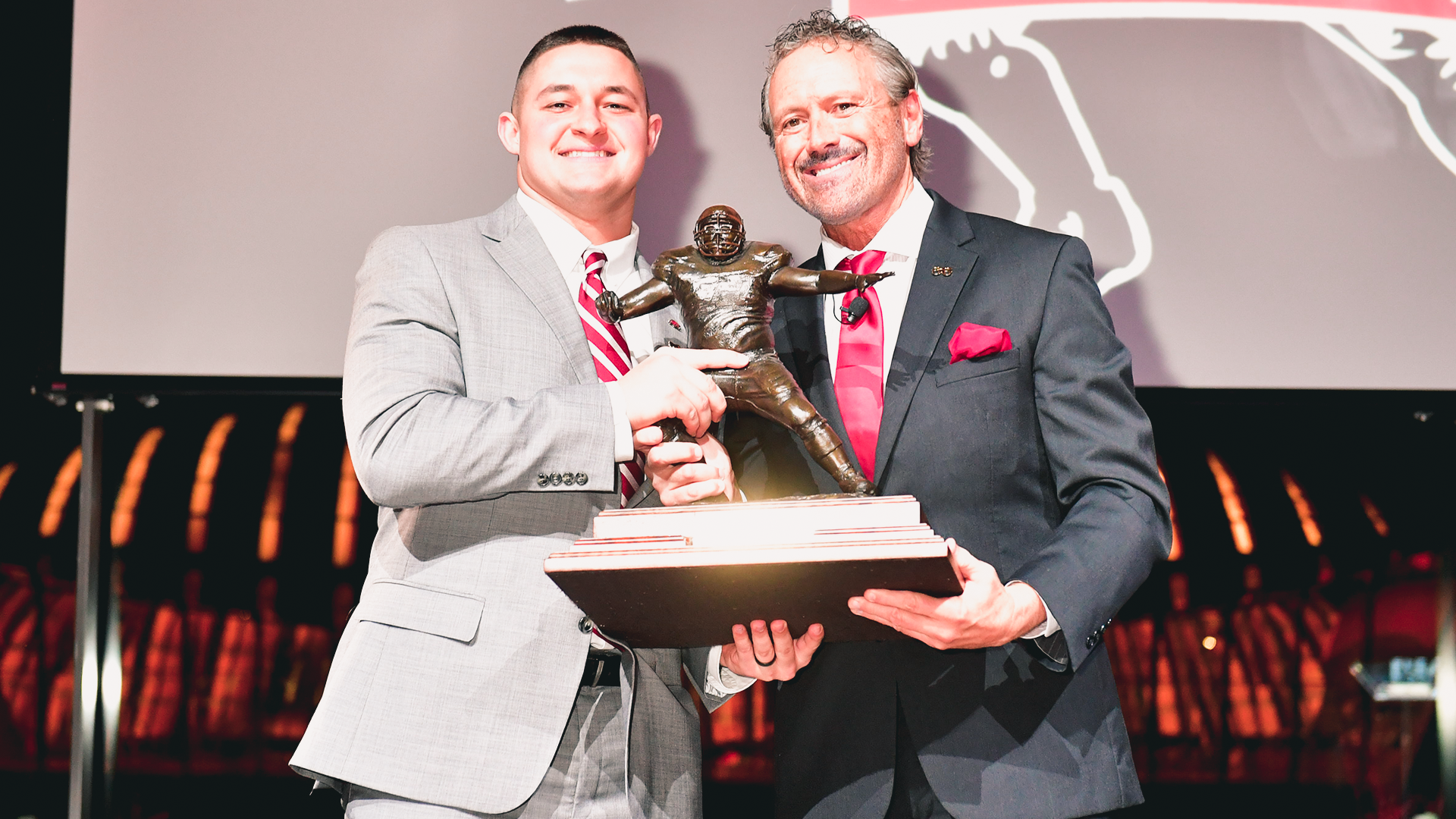 FAYETTEVILLE, Ark. – Arkansas linebacker Grant Morgan has won the prestigious Burlsworth Trophy, presented annually to the most outstanding college football player who began his career as a walk-on.

Morgan, one of three finalists for this year’s award along with Georgia quarterback Stetson Bennett and Troy linebacker Carlton Martial, was honored during a ceremony on Monday evening at Crystal Bridges Museum in Bentonville, Ark.

Morgan is the first Razorback to receive the Burlsworth Trophy, which is named in honor of the late Brandon Burlsworth, a former walk-on who became a three-year starter and an All-American offensive lineman at Arkansas. Burlsworth was selected by the Indianapolis Colts with the 63rd overall pick in the 1999 NFL Draft but was tragically killed in a car accident 11 days later.

Morgan began his career at Arkansas as a walk-on before emerging as a two-time team captain for the Razorbacks as well as one of the top players in all of college football. The Greenwood, Ark., native produced one of the greatest seasons in school history in 2020 when he was named a Walter Camp and American Football Coaches Association (AFCA) All-American after posting a team-best 111 total tackles with 7.5 tackles for loss and 2.0 sacks.

Morgan has continued to make an impact on the field in 2021, ranking second on the Hogs in total tackles (96) and third in tackles for loss (7.0) to go along with 0.5 sacks, three pass breakups and an interception. Morgan’s 8.0 tackles per game rank fifth among all defenders in the SEC this year.

The redshirt senior is also a finalist for this year’s William V. Campbell Trophy – better known as college football’s Academic Heisman – which recognizes an individual as the absolute best football scholar-athlete in the nation for his combined academic success, football performance and exemplary leadership.