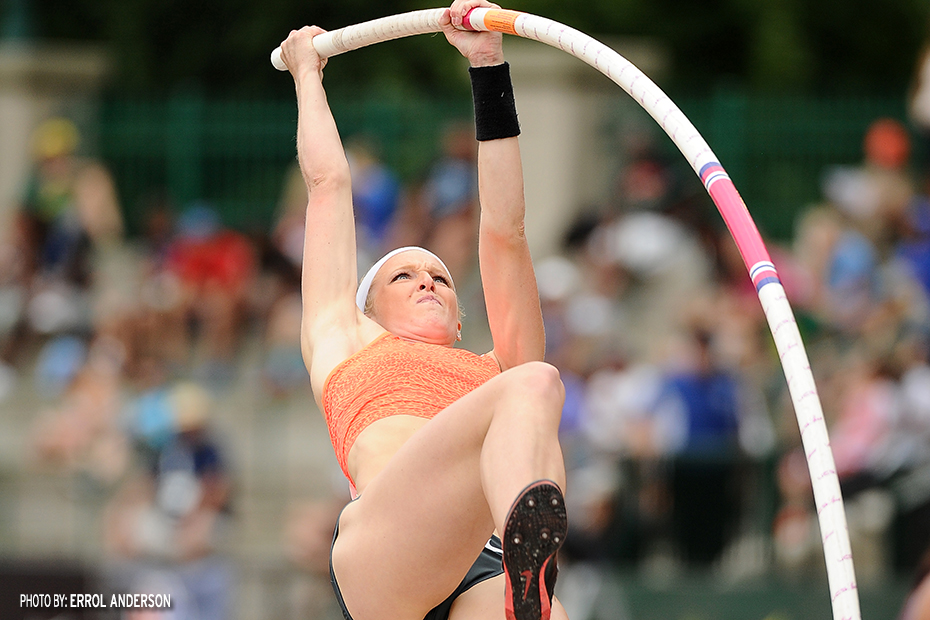 “I am extremely happy to have posted another 4.70m+ bar. The more consistent I can get in that range the better,” Morris said. “Consistency at certain heights means big PRs are on the way.”

Following her runner-up finish in the pole vault at the 2015 USATF Outdoor Championships, Morris made her IAAF Diamond League debut at Meeting Areva in Paris on July 4. In her second outing representing Nike and her first international competion of the year, the South Carolina native finished in sixth with a clearance of 4.53m/14-10.25.

At Spitzen Leichtathletik Luzern Morris entered the event at 4.40m/14-5.25 with a first attempt clearance. Going head to head with Buchler through three heights the 2015 NCAA indoor champion passed the Swiss vaulter to take the lead with her second 15-5 clearance of the year.

As a recent collegiate athlete new to the professional circuit, transitioning to the lifestyle of fast-paced adjustments within competition has been a learning experience for the former Razorback standout.

“The most difficult part over here is staying mentally fit and also going from meet to meet with barely any training in the middle,” Morris said. “I’m extremely happy with today and hope to take what I have learned and implement it in many more world-class meets to come.”

Morris will compete in Heusden, Belgium on July 18 before returning back to the U.S. to prepare for the 2015 World Championships in Beijing, China which will be held in late August.