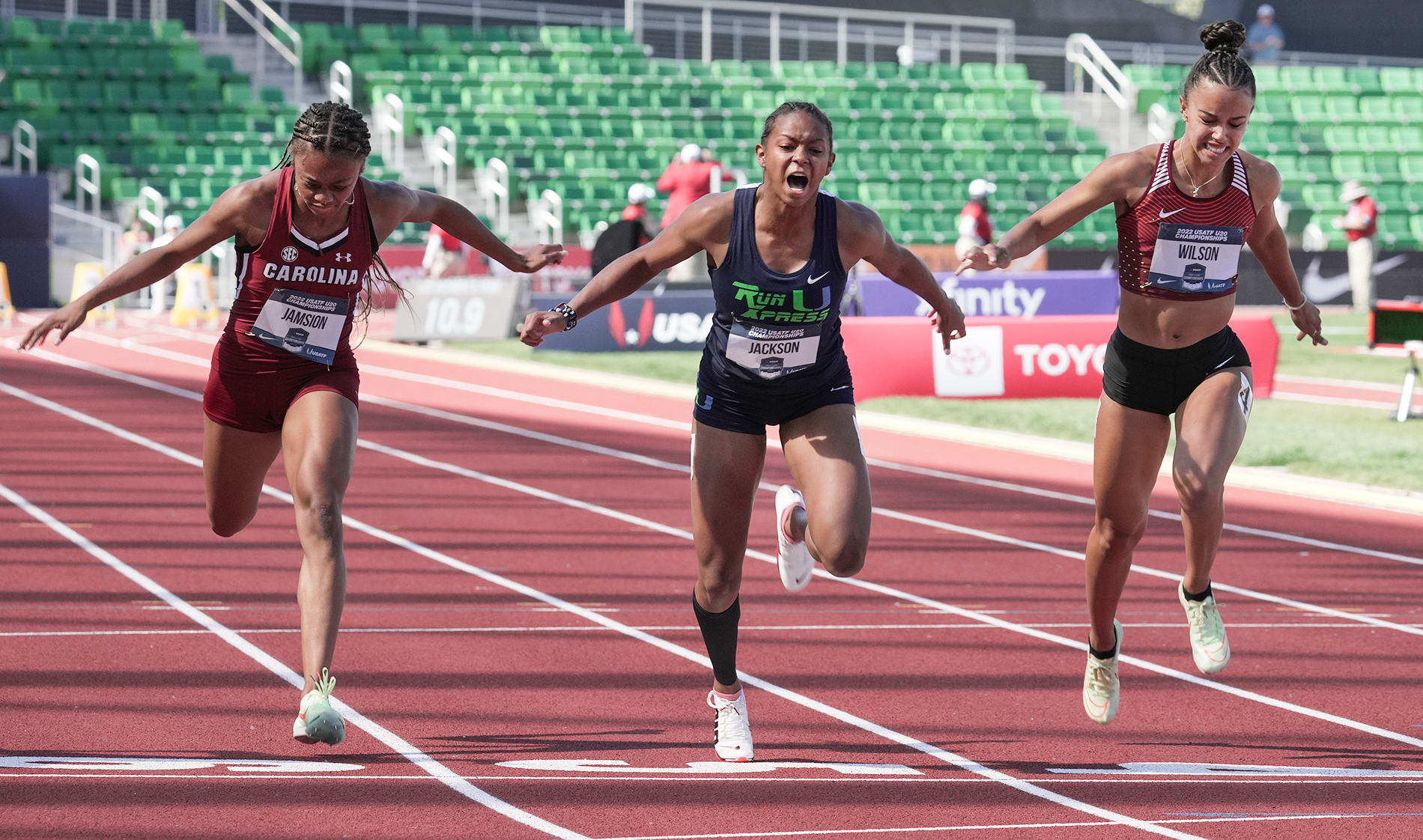 FAYETTEVILLE – Shawnti Jackson, the top sprinter in the nation heading into the 2023 high school season, signed a national letter of intent to join the Arkansas Razorbacks program.

A triple medalist at the World U20 Championships as a 17-year-old this past summer, Jackson of Wakefield High School in Raleigh, North Carolina, ranked first in the 100m and second in the 400m among the annual high school All-America team selected by Track & Field News for the 2022 season.

“To sign the No. 1 sprinter in the country, with her talents in the 100, 200 and 400, is huge,” stated Arkansas women’s associate head coach Chris Johnson, who becomes head coach of the Razorback program in the 2023-24 season. “We’re ecstatic and excited. Being able to secure an athlete like that not only brings attention and notoriety to your program, but interest from other high-level athletes as well.

“Shawnti brings a lot of depth to our program, and she is a headliner. She has done well in everything she has done. She participated in the World Juniors, finishing third in the 100 and running on both relays. That shows you what she can do for a team.” 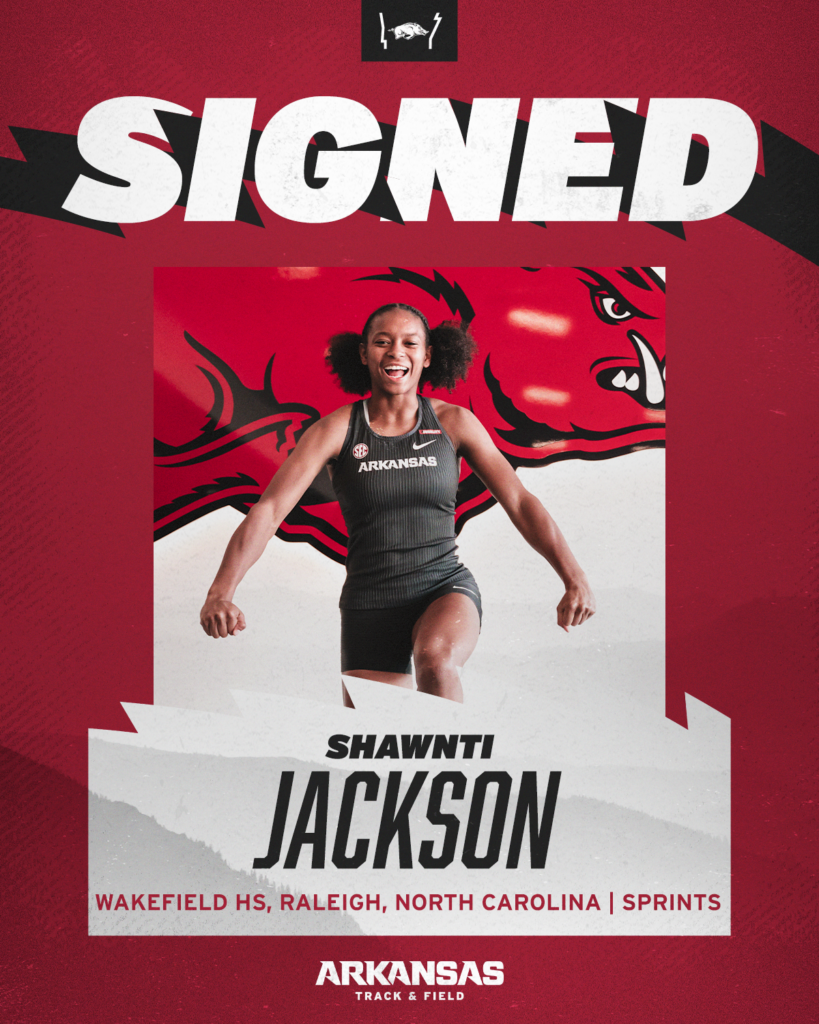 Her 11.15 performance ranks No. 9 performer on the all-time high school list, while a wind-aided 11.07 best ranks her as the No. 4 performer with the No. 6 performance on the all-conditions all-time prep list.

“Her father has done a fantastic job, and he knows the business,” said Johnson. “Also, he’s been very intentional and delicate with her. So, there’s a lot left for her to do. She is still getting better and better.

“With his pedigree and knowledge of the sport in being able to cultivate that as time has transpired, he’s done a fantastic job. It’s our job to move her along even more. We have a gem, she’s a diamond.”

Jackson currently has a total of four indoor North Carolina 4A State titles, a pair each in the 55m and 300m, along with a silver medal in the 4 x 200 relay.