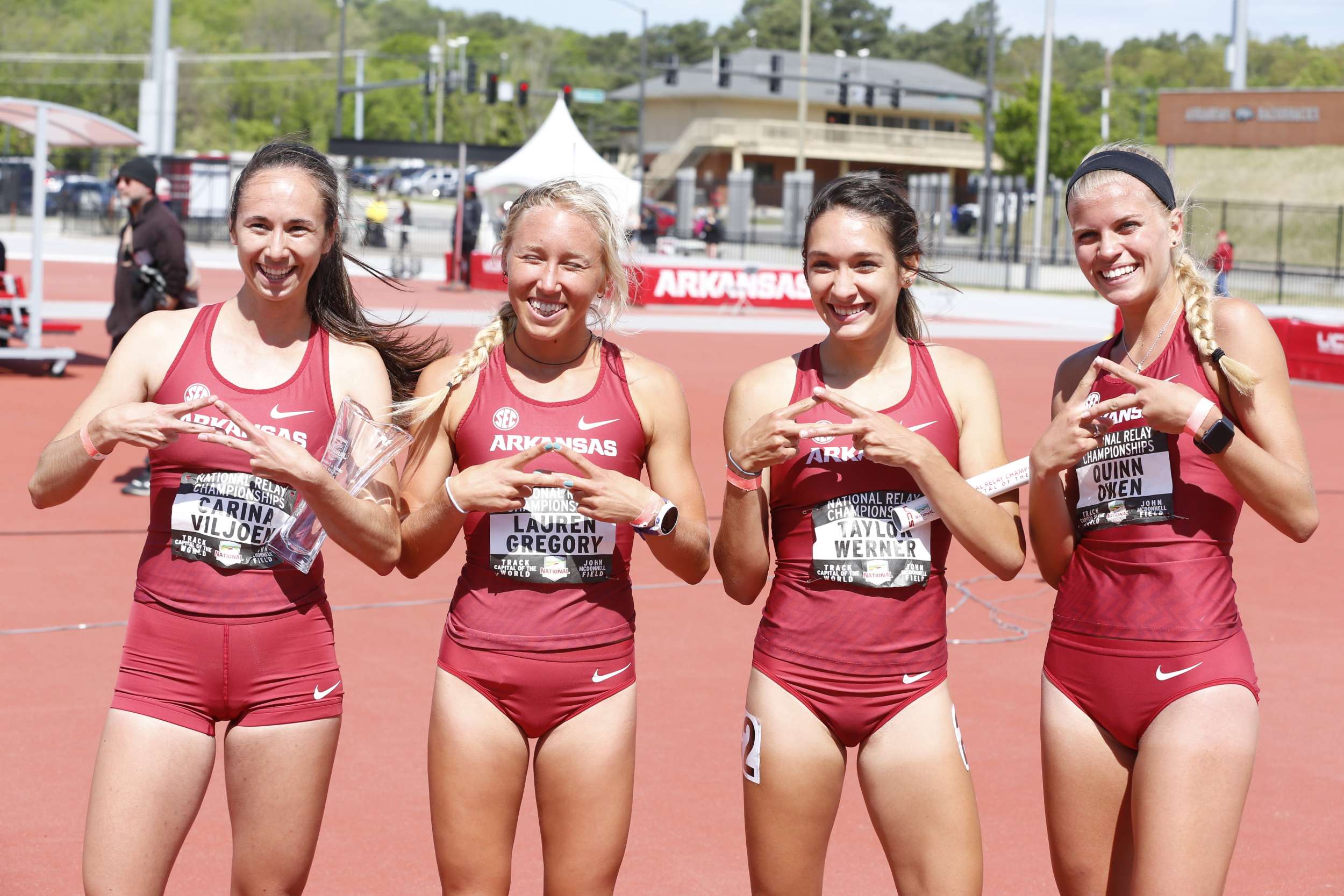 No. 1 Arkansas Set for SEC Battle

FAYETTEVILLE, Ark. – The best of the best in collegiate track & field are coming to Fayetteville on May 9-11 as the University of Arkansas hosts the 2019 Southeastern Conference Men’s & Women’s Outdoor Track and Field Championships at John McDonnell Field.  The meet will be broadcast LIVE on the SEC Network.

In the most recent USTFCCCA NCAA National Rankings, eight SEC programs were among the top-25 best teams in the country led by No. 1 Arkansas. Following the Razorbacks are No. 2 Texas A&M, No. 4 Kentucky, No. 7 LSU, No. 8 Alabama, No. 10 Florida, No. 19 Georgia, and  No. 25 South Carolina.

The women’s track & field team is currently ranked No. 1 in the nation, according to the U.S. Track & Field and Cross Country Coaches Association (USTFCCCA) and boast 15 performances in the Top-20 of the NCAA with seven of those falling inside the Top-10 including Janeek Brown’s NCAA-leading 12.57 in the 100-meter hurdles that is currently No. 1 in the world.

The final day of the championships will be televised live on the SEC network beginning at 5:05 p.m. CT on Saturday, May 11. Fans will be able to live stream Thursday and Friday’s action on the SEC Network plus. The broadcast talent includes Dwight Stones, Larra Overton, Jill Montgomery, and John Anderson.