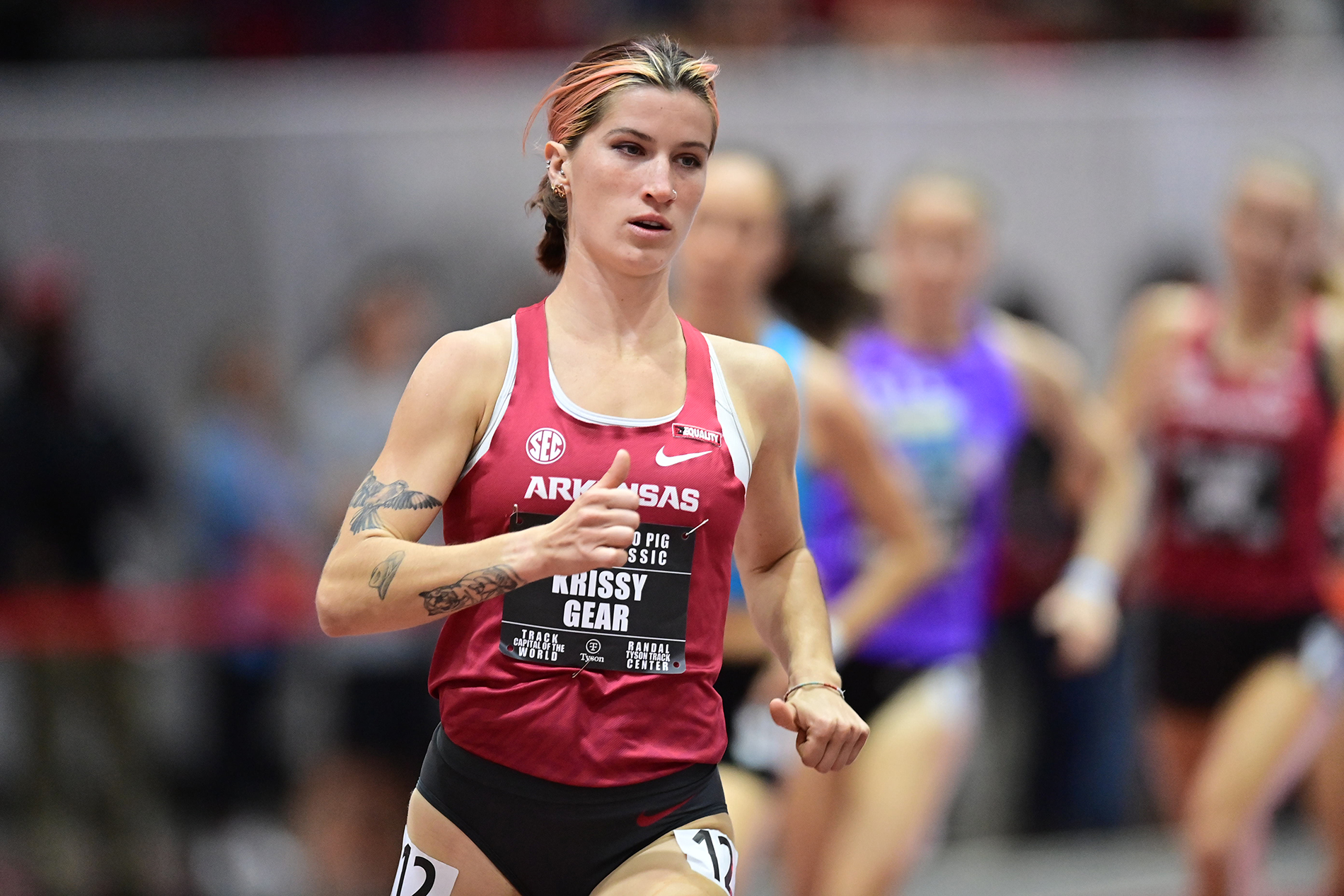 FAYETTEVILLE – No. 1 Arkansas hosts the Razorback Invitational this Friday and Saturday inside the Randal Tyson Track Center. Two other women’s teams currently ranked in the top 25 among the field of 12 teams include No. 9 LSU and No. 16 Georgia.

“The competition is great this weekend,” said Arkansas women’s head coach Lance Harter. “Any time you bring SEC teams together, led by LSU, there are going to be great sprints and ballistic events. Then you add Oregon, who has a remarkable program, and USC, the defending champions from NCAA Outdoors.

“It’s going to be a bit of a who’s who in track and field. The results from this weekend should impact the national lists tremendously.”

The distance medley relay will be a featured event on Friday with Arkansas utilizing a line-up of Krissy Gear, Paris Peoples, Shafiqua Maloney and Lauren Gregory, each of whom earned All-America honors in 2021.

Last season the Razorbacks produced the second fastest time in school history with a 10:53.77, only trailing the 10:51.89 UA record set in 2015, to win the Tyson Invitational. Arkansas went on to place third in the SEC Championships, then finished second in the NCAA Championships.

“In the distance medley at 7 p.m. on Friday evening there is a lot of star power coming in to try post marks that will hopefully sustain all the way through the indoor season to get to the national meet,” noted Harter. “Oregon, Oklahoma State, Stanford, and our selves are loading it up to really try to make a statement.

“Then the next day it’s perfect for those kids to springboard into their individual events. Top to bottom we will have strong competition throughout the meet in every event.”

Arkansas finished second in the NCAA Indoor distance medley last year with Oklahoma State fourth, and Oregon 10th. During the season those three schools produced the second, third and fifth fastest times of the year.

Individual events for those scheduled to race on the Razorback DMR include Gear in the 800m, Gregory in the mile while Maloney and Peoples contest the 400m. Maloney is the current collegiate leader at 800m with a 2:04.82 and ranks second nationally in the 400m with a 52.33 while Gregory ranks sixth in the 5,000m with a career best of 15:34.82.

Quinn Owen, who set a meet record in the mile last week, joins Gear in the 800m as they race in the final section along with Stanford’s Julia Heymach, LSU’s Katy-Ann McDonald, and Gabija Galvydyte of Oklahoma State. Razorbacks also racing in the mile with Gregory are Kennedy Thomson, Isabel Van Camp, and Carmie Prinsloo.

Logan Jolly, who currently ranks sixth in the 3,000m, competes at that distance again and will have company in teammates Julia Paternain, Heidi Nielson, and Sydney Thorvaldson.

Jayla Hollis and Yoveinny Mota come into this weekend fresh off a pair of career best times in the 60m hurdles, having run 8.12 and 8.13 in Lubbock last weekend. They will be joined by teammates Daszay Freeman and G’Auna Edwards, who will also contest the long jump.

While Nastassja Campbell and Elien Vekemans, who currently rank first and fifth in the pole vault, take a scheduled break this week, Arkansas will have four vaulters among a field of 13 competing. That group includes Bailee McCorkle, Mackenzie Hayward, Kaitlyn Banas, and Grace Ridgeway.