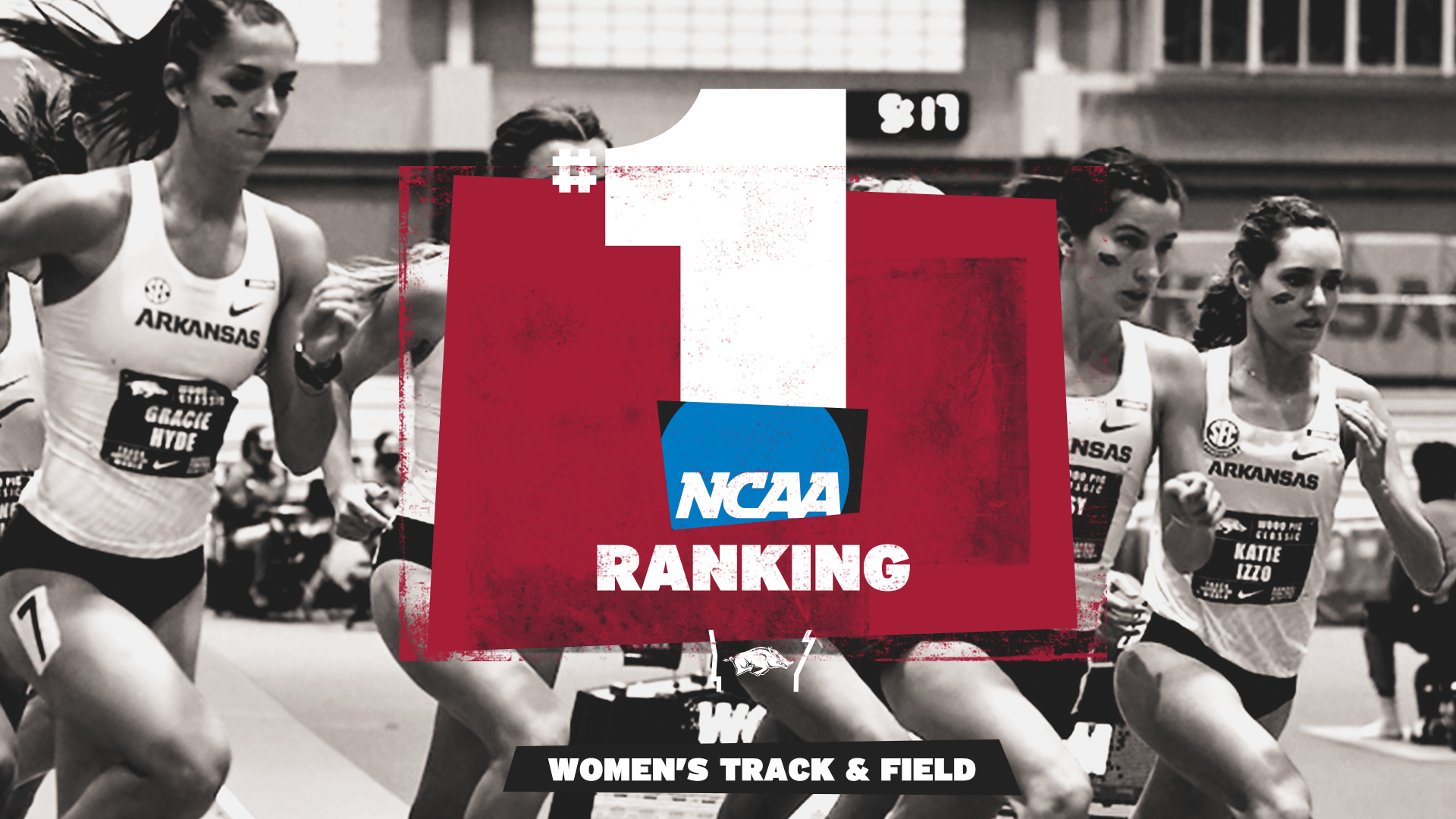 No. 1 status for Arkansas in first installment of indoor rankings

Following two weeks of competition, the Razorbacks have generated 21 top-10 national marks, which includes the top three times both in the mile and 3,000m.

Arkansas holds the No. 1 position in the rating index by a sizeable margin (336.84 to 171.35) over Texas A&M while Georgia, Texas, and Alabama round out the top five positions.

Arkansas athletes with marks among the top 10 nationally include: