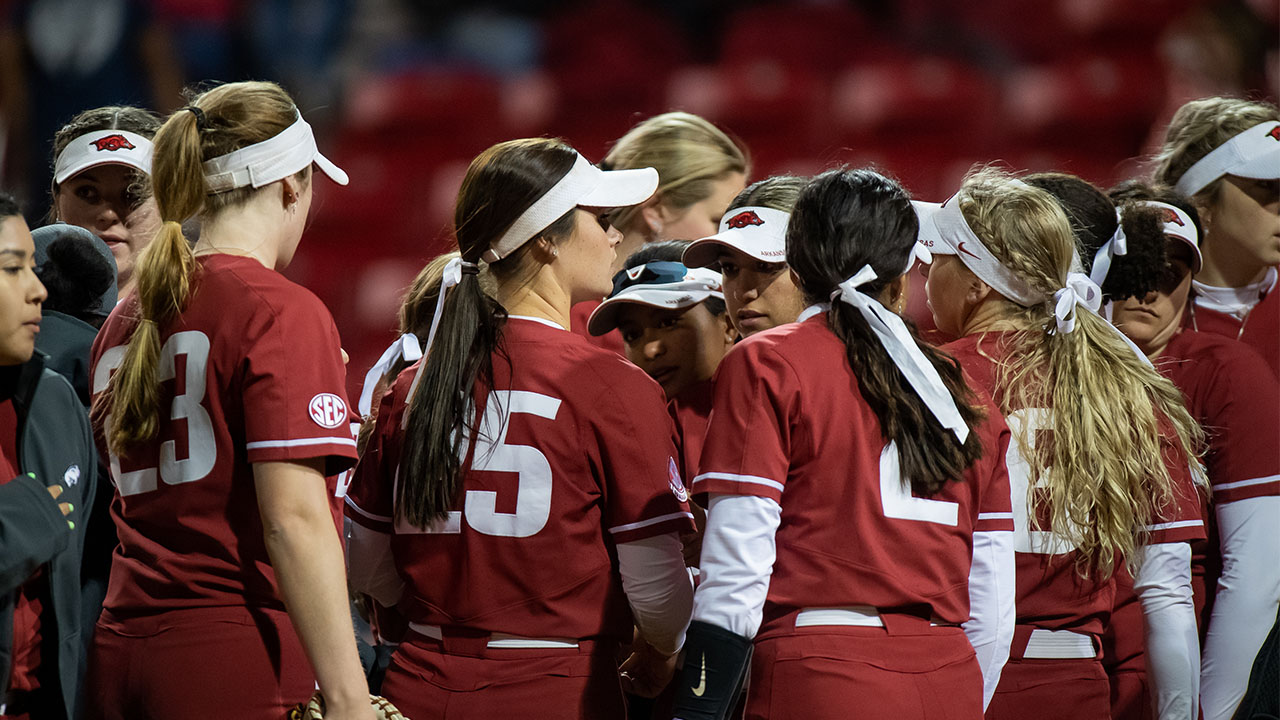 No. 20 Razorback Softball Drops Middle Game at No. 9 Alabama

TUSCALOOSA, Ala. – No. 20 Arkansas posted two first inning runs in front of a packed Rhoads Stadium crowd, but ultimately fell 10-2 (6 innings) to No. 9 Alabama on Saturday afternoon. The Crimson Tide (13-8, 1-1 SEC) outhit the Razorbacks (17-5, 1-1 SEC) 12-4, however junior Braxton Burnside was able to extend her hitting streak to a career-best nine games.

Junior Hannah McEwen setup the Arkansas run scoring first inning by drawing a leadoff walk and was immediately followed by a Burnside single down the third base line. After a deep flyout, junior Danielle Gibson drove a double off the base of the right field wall to plate McEwen from second. Junior Kayla Green followed by punching a two strike sacrifice fly down the right field line to grab a 2-0 edge.

In the bottom half of the frame the Alabama offense responded to tie the game. The Tide scored their first run on a rundown after a bunt and sent a second runner across the plate via a base hit to left.

Alabama capitalized in the bottom of the third on a bases loaded walk to give the hosts a lead they would not relinquish. Junior Mary Haff entered the game and inherited a bases loaded nobody out jam. She struck out the first batter she faced, but a sacrifice fly and a single scored two more. The Razorback defense cut a run down at the plate to end the side on an 8-3-2 relay and trailed, 5-2.

The Tide swelled the lead to eight in the bottom of the sixth to shorten the game. Only one of the five runs were earned as two errors led to four tallies.

Alabama’s Lexi Kilfoyl (5-4) racked up the complete game win and struck out six.

Arkansas and Alabama will square off in the rubber match of the series tomorrow, March 8 at 1:30 p.m. on SEC Network+.