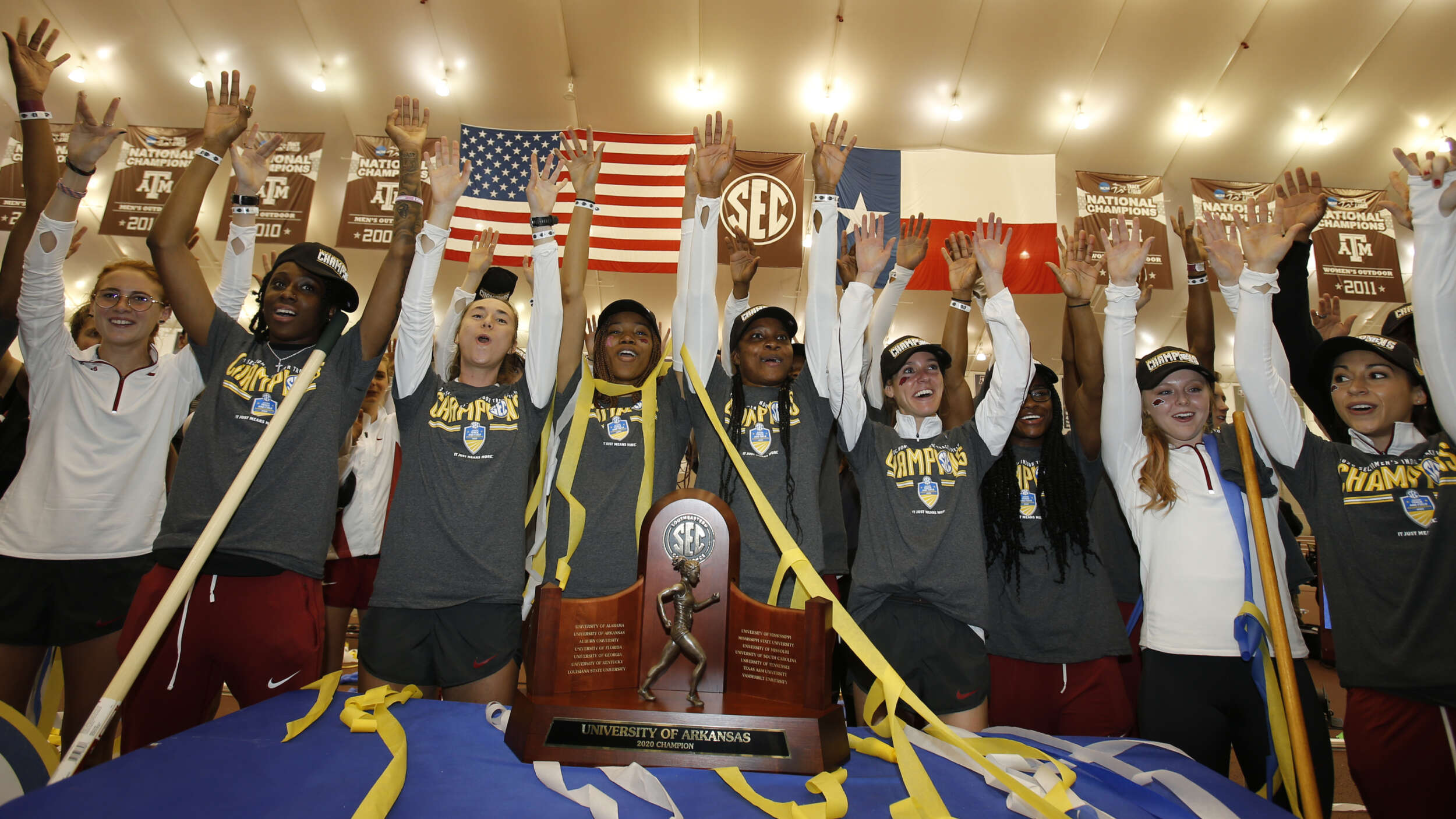 COLLEGE STATION, Texas – A stellar day of scoring on the second day of the conference meet secured a sixth consecutive SEC Indoor Championship and 10th overall for the No. 3 Arkansas Razorbacks inside Gilliam Stadium on Saturday.

“In addition to the distance and pole vault points we expected, we had scoring in the hurdles and the 800, events we didn’t expect to score,” Arkansas women’s head coach Lance Harter noted. “That created that margin and the point difference where we could celebrate another victory in the SEC.

“Every time someone wins a title the others are trying to figure out what the combination is that’s needed to offset you. And it comes from 13 other teams.

“Our first event of the day was the mile and they’re the ones who set the trend and momentum,” Harter said. “There is a lot of pressure on them, because they came in with great seed marks. They rose to the challenge and grabbed 23 points. We were off to the races.”

In the 60m hurdles another career best performance had Daszay Freeman finishing fourth in an elite field with a time of 8.15, which moves her to No. 5 on the Arkansas all-time list.

Five more points followed in the 800m as Shafiqua Maloney (2:08.19) and Kennedy Thomson (2:10.07) placed sixth and seventh. It marks the third consecutive career best time for Maloney, who improved the national record for St. Vincent.

Bailee McCorkle led the pole vault trio by clearing a pair of career best heights. Her clearance of 14-7 ½ (4.46) collected the bronze medal. McCorkle moved to equal No. 5 on the Arkansas all-time list, joining Desiree Freier at that height.