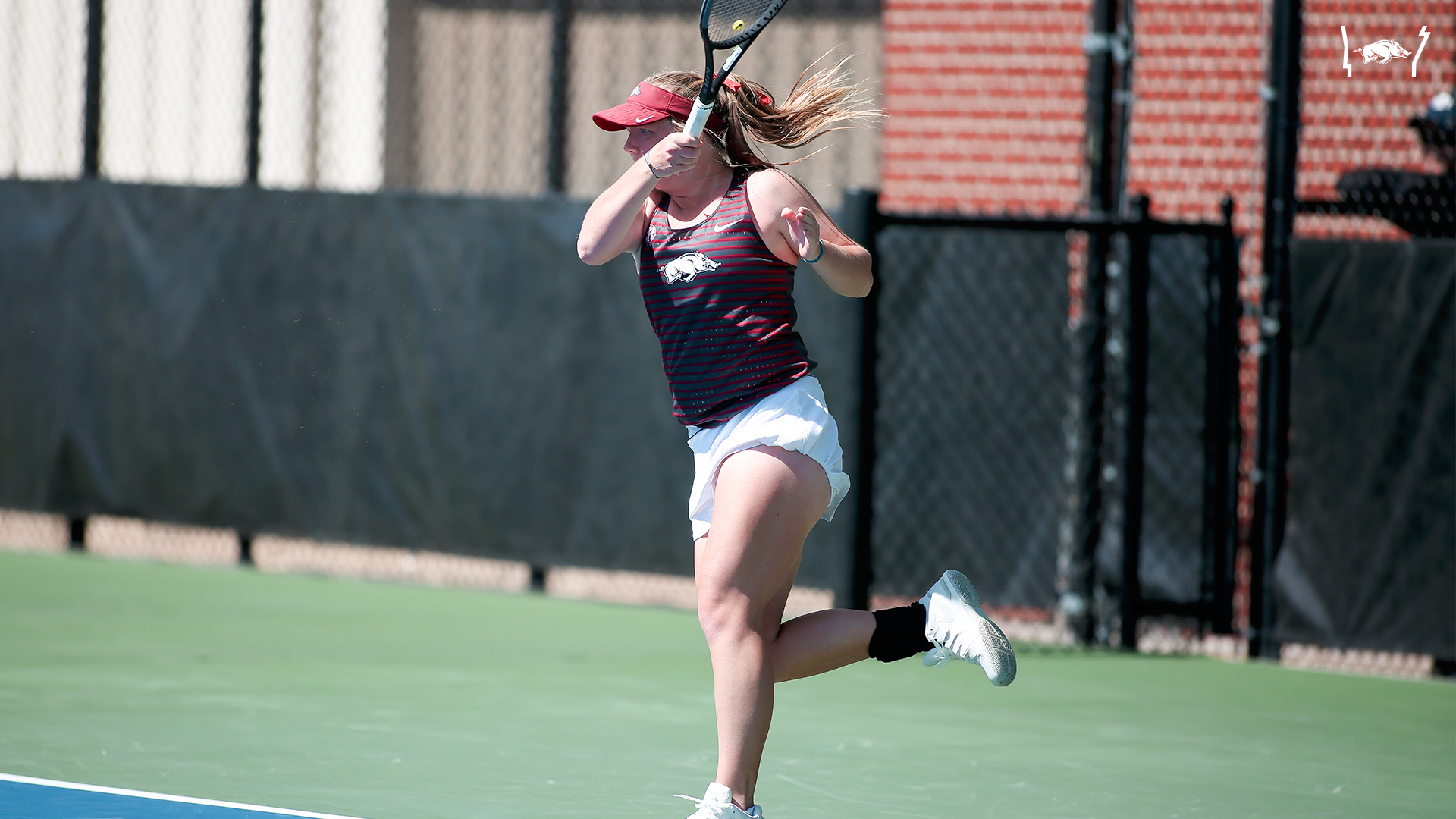 FAYETTEVILLE, Ark. – The No. 32 University of Arkansas women’s tennis team dropped a 6-1 decision to No. 10 Georgia on Sunday. With the loss, the Razorbacks fall to 12-7 overall and 5-4 in Southeastern conference play.

On court three in doubles, Kelly Keller and Indianna did not drop a single game in a 6-0 win over Georgia’s Grant/Kowalski. The Bulldogs duo No. 12 Coppoc/Hertel took court one 6-1 over the No. 53 ranked Razorbacks Morgan Cross and Tatum Rice. The Razorbacks got it done on court two, where Lenka Stara and Laura Rijkers came out victorious 6-4 for their first ranked win on the season over No. 47 Reasco/Vidmanova to clinch the doubles point.

Georgia came out swinging in singles play, taking the first set on all six courts. The Razorbacks fired back though, claiming the second set on courts two, four, five and six to force a third. The Bulldogs struck back-to-back, taking the lead with wins on courts three and four.

The Razorbacks are back in action next weekend, closing out their road conference play on Friday, April 8 at Mississippi State and Sunday, April 10 at Ole Miss.