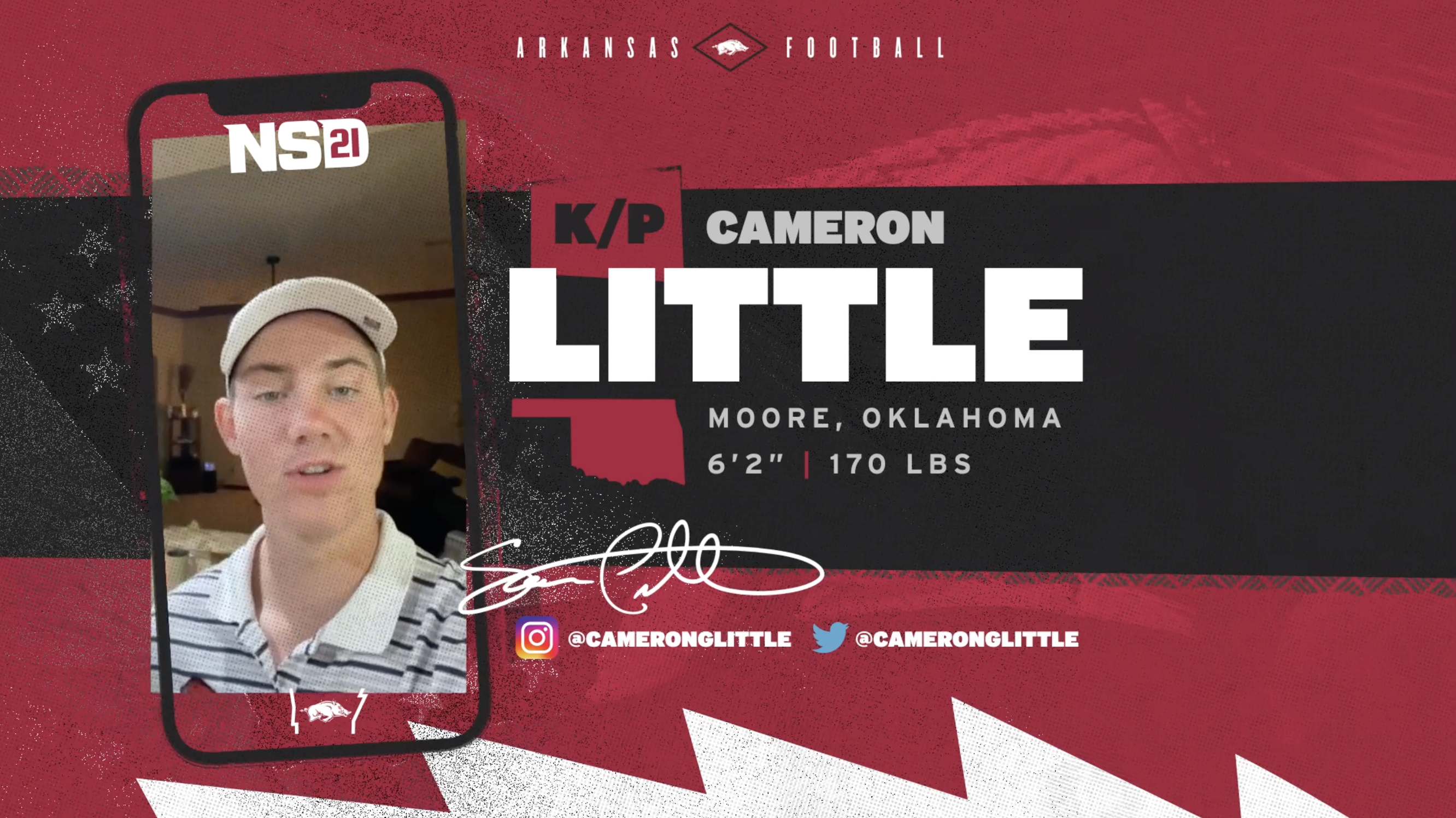 According to Kohl’s Kicking, rated a five-star punter and kicker and is the No. 2 kicker and No. 5 punter in his class … Consensus three-star prospect by 247Sports, Rivals and ESPN … Ranked as the No. 1 kicker in his class by 247Sports … Handled place kicking, kickoff and punting duties for head coach Josh Norman at Southmoore High School … As a senior was named Central Oklahoma Athletic Conference Special Teams Player of the Year … Selected an Adidas All-American and named to the Under Armour All-American Game roster … USA Today Preseason Second Team All-American … As a junior was named to the Tulsa World All-State Second Team and Oklahoman Big All-City Second Team … Was also named Central Oklahoma Athletic Conference Special Teams Player of the Year and Oklahoman All-State Honorable Mention … As a senior, made 6-of-10 field goals with a long of 49 yards and made 24-of-24 point after tries … Punted 41 times, placing nine inside the 20-yard line … CHOSE ARKANSAS OVER: Colorado, Oklahoma State, Nevada, Air Force, Navy, Army and others.