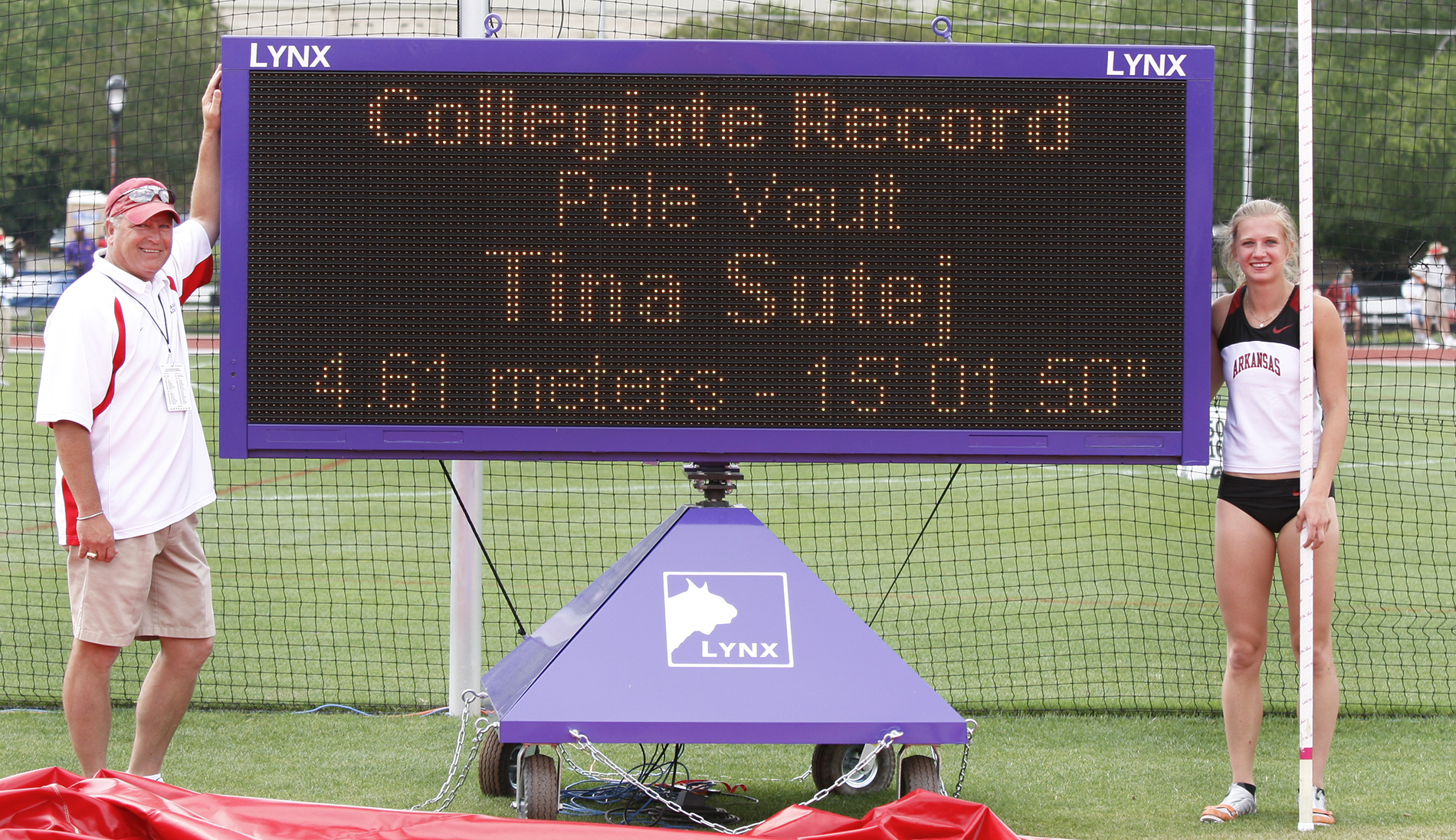 Winning an individual title in the SEC Championships is special on its own. When you establish a collegiate record in the process, the achievement becomes euphoric.

Adding another milestone to the achievement was improving the Slovenian national record. It marked the third time she had accomplished the feat during the 2011 outdoor season.

She promptly cleared it on her first attempt.

“I just felt great coming into this meet,” Sutej said in an Arkansas Democrat-Gazette article. “I was a little bit nervous at the beginning, but everything was fine. The weather was great. I felt great, and I was just ready to jump high. I’m so happy right now.”

Sutej was equally pleased to supply an expected 10 points from her performance towards the team score.

Arkansas assistant coach Bryan Compton praised the work Sutej had put in to make the record a reality.

“It’s a national record, so nobody’s done that before,” Compton noted in the article. “She’s a special kid. She prepares every day and takes care of herself with the training program, the weight room and conditioning. She’s a special one. They don’t come around too often.”

The 2011 season became a special one for Sutej, garnering the status as a finalist for the Bowerman award.

Starting with an indoor season in which she was selected as Track & Field News women’s indoor Collegiate Athlete of the Year, Sutej broke the indoor collegiate record with a clearance of 14-10 ¾ (4.54) to win the SEC Indoor title.

During 2011, Sutej went undefeated throughout the season until a silver-medal finish at the NCAA Outdoor Championships, where she cleared the winning height and placed second on misses.

Over the course of the 2011 and 2012 indoor seasons, Sutej won 13 consecutive meets and became the first Razorback in the women’s program to claim a pair of NCAA Indoor titles.

A five-time All-American, with two NCAA Indoor victories and a pair of NCAA Outdoor silver medals, Sutej claimed seven medals among her eight SEC Championship appearances. She collected five gold, a silver and a bronze.

Later in the 2011 season, Sutej earned a silver medal at the World University Games.