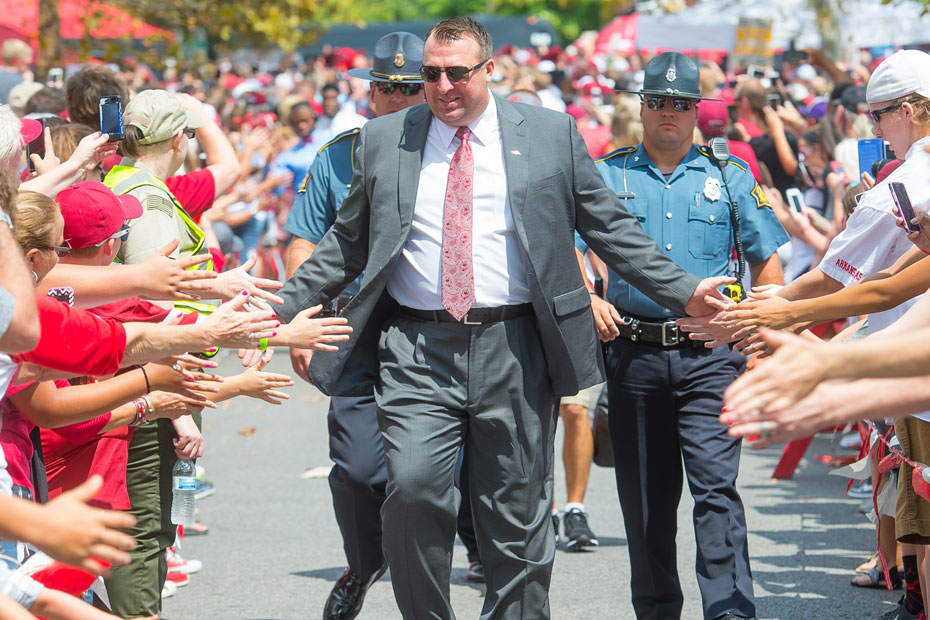 FAYETTEVILLE, Ark. – Arkansas announced the addition of Eastern Illinois and Tulsa to its 2018 schedule and Georgia Southern to its 2021 slate on Monday. All three games will be played in Arkansas.

The Razorbacks’ first-ever showdown with Eastern Illinois will open their 2018 campaign on Sept. 1, while the program’s 72nd all-time meeting with Tulsa will be on October 20, 2018.

Arkansas has won 18 straight meetings against the Golden Hurricane. The Razorbacks hold a 54-15-2 record in the series with the first meeting coming in 1899, while the two programs met every season from 1957-1990. The last meeting came in 2012 on homecoming at Donald W. Reynolds Razorback Stadium.

The meeting with Georgia Southern will also be a first for the Razorbacks. The game will be held on Sept. 18, 2021, in Arkansas.

To make a deposit on new season tickets for the 2017 football season click here.

Arkansas will be part of the first Thursday night of the 2017 college football season when it hosts Florida A&M in Little Rock on Thursday, Aug. 31,  at War Memorial Stadium at 7 p.m. CT on the SEC Network.