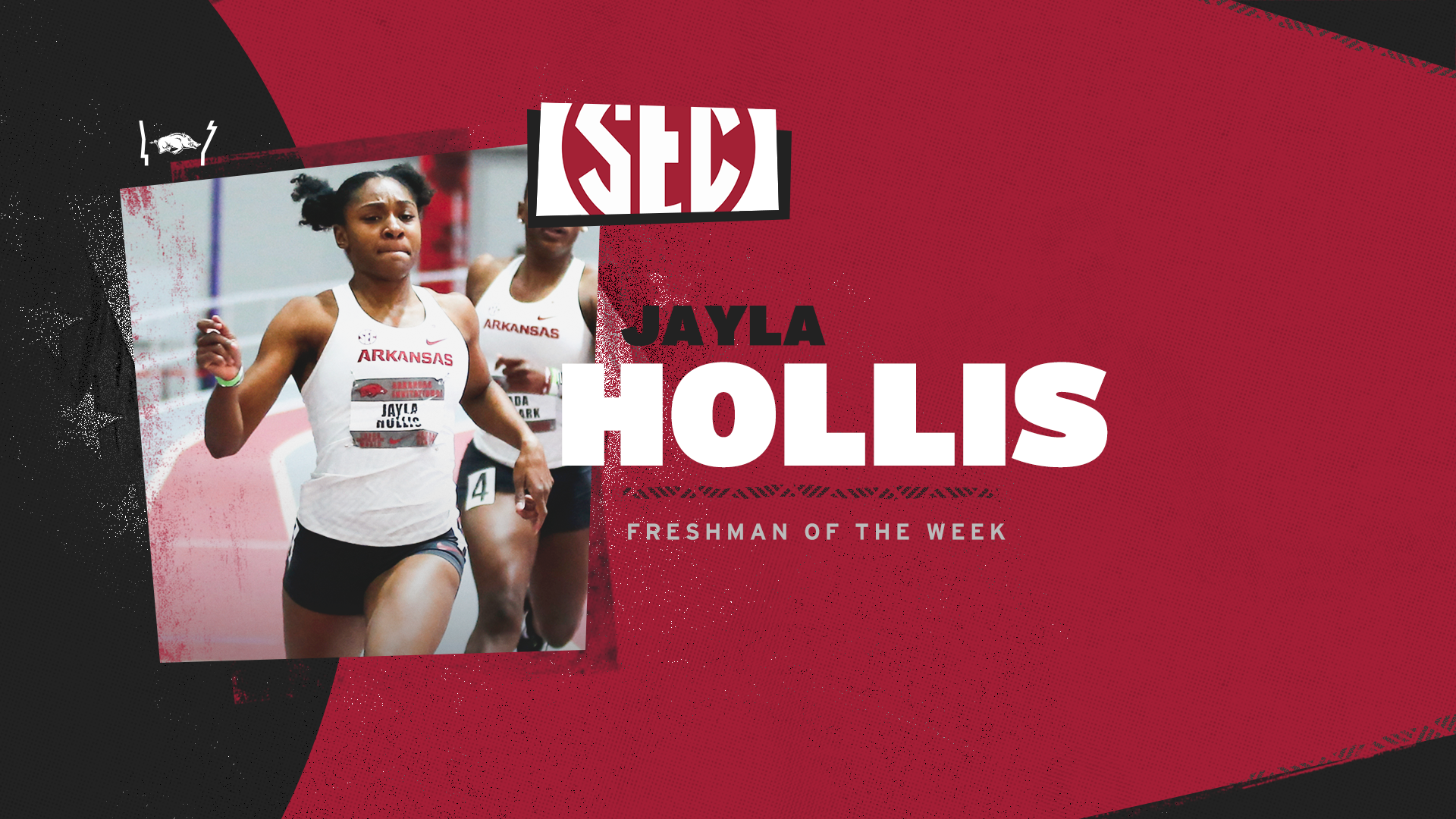 BIRMINGHAM, Ala. – A pair of victories in career best times during her Razorback debut earned Jayla Hollis the SEC Freshman of the Week honor as announced by the conference office on Tuesday.

On the Arkansas all-time indoor list, the 23.31 by Hollis ranks No. 7. Hollis is the top freshman in the 200m this indoor season and ranks third among collegians.

Hollis claimed the 60m hurdles in 8.40 seconds, earning the victory by 0.001 of a second over new teammate Yoveinny Mota (8.394 to 8.395). Hollis, who improved her previous best of 8.51, currently ranks fourth on the world U20 list and ranks third among college freshmen.