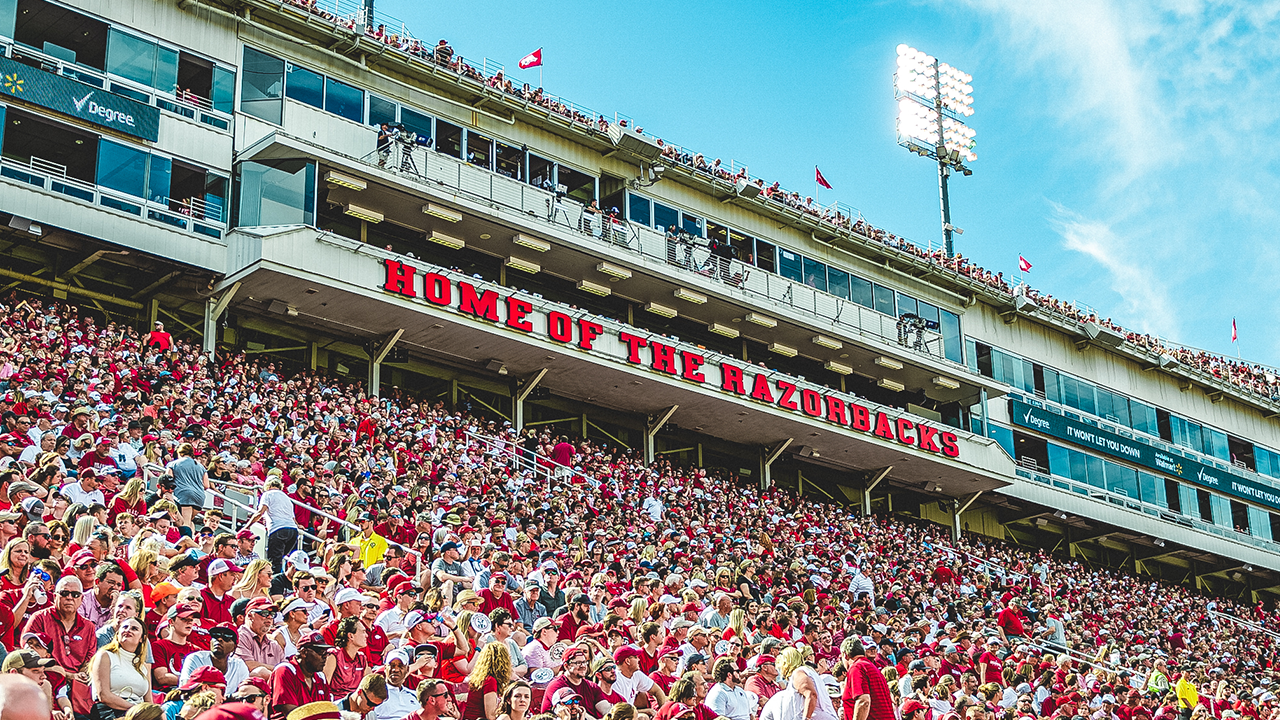 Cooper will coach tight ends for the Razorbacks after serving in the same capacity at Central Florida for the last two years. The Knights’ 2019 offense finished the regular season in the top 10 nationally in total offense (4th – 536.6 ypg), scoring (6th – 43.0 ppg) and passing yards (8th – 320.0 ypg). The Knights’ total offense set a school record and marked the second straight year under head coach Josh Heupel the UCF offense gained more than 500 yards per game.

Prior to UCF, Cooper spent two seasons as an offensive analyst for then-offensive coordinator Josh Heupel at Missouri. The Tigers’ offense exploded to lead the Southeastern Conference in yards per game in 2017 (502.2 ypg) and points per game (37.5 ppg), while ranking second in passing yards (308.6 ypg).

Cooper began his coaching career at his alma mater, Oklahoma, as a graduate assistant coach. He spent two seasons with the Sooners while the program went 19-7, including a 45-31 victory over Alabama in the 2014 Sugar Bowl.

Cooper spent four seasons in the NFL, playing 13 games during his first three seasons with the Minnesota Vikings and made his first career start against the Dallas Cowboys at center. He originally joined the Vikings in 2009 as an undrafted free agent out of Oklahoma before signing with the Tennessee Titans in 2012.

Fountain comes to Arkansas as the special teams coach after spending 2019 at Georgia in the same role. The Bulldogs saw immediate success with Fountain at the controls, led by kicker and Lou Groza Award winner Rodrigo Blankenship. The first-team All-SEC kicker capped an impressive career at UGA going 27-for-33 (81.8%) on field goals and making all 46 extra points as the Bulldogs won the 2020 Allstate Sugar Bowl. Blankenship was also a weapon on kickoffs allowing just 14 returns all season. Punter Jake Camarda improved in 2019 as well, upping his average to 46.8 yards per punt to rank sixth nationally.

Before joining Georgia’s staff, Fountain had spent the previous eight years as a member of the football program at Auburn, the first four as the Tigers’ player personnel director and the latter four coaching tight ends and special teams. From 2014-16, Fountain coached kicker Daniel Carlson, a three-time Lou Groza Award finalist.

Fountain has coached in four national championship games (1997, 2010, 2013, 2017) since beginning his collegiate coaching career at Florida State (1994-96) as an offensive graduate assistant. He then spent seven seasons as an offensive line coach and recruiting coordinator at Central Florida. Before his eight-year stint at Auburn, Fountain also included coaching stops at Middle Tennessee State (2004-05), Georgia Southern (2006) and Iowa State (2007-08).

LeBlanc (pronounced “luh-blon” the “c” is silent) brings SEC experience from LSU and Kentucky and ties to the state of Arkansas having coached at Henderson State (2001-04) and Arkansas Tech (2005). He will coach the defensive line unit at Arkansas.

At Kentucky over the last three seasons, he helped build the Wildcats into a solid program going to three straight bowl games, including a win over Penn State in the 2019 VRBO Citrus Bowl to cap a 10-win campaign. Kentucky went 25-14 overall in his three seasons in the Bluegrass State.

His 2019 defensive line led the way for the Wildcats into opposing backfields, contributing 18 of Kentucky’s 33 sacks that ranked fourth in the SEC. Senior Calvin Taylor Jr. paced the Cats with 8.5 to finish second in the league. LeBlanc’s line also added 37 tackles for loss with Taylor Jr. and Josh Paschal each totaling 9.5 – second-most on the team. The group also forced eight fumbles.

LeBlanc, a native of Breaux Bridge, Louisiana, was a four-year football letterman at Northwestern State University (1992-96). He played both defensive and offensive line during his playing career and earned Southland Conference All-Academic honors as both a junior and senior. He graduated from Northwestern State with a degree in business administration and earned a master’s degree in sports administration from LSU.

He and his wife, Niema, have two sons, Dayton and Derrick, and one daughter, Kennedy.

Smith was a part of Georgia State’s historic upset at Tennessee when the Panthers outrushed the Volunteers 213-93 to win 38-30 on opening weekend in the Panthers’ first-ever win over a Power 5 program.

Prior to jumping to college football, Smith coached for 12 years at Cedar Grove High School in Metro Atlanta, including his last six years as athletic director, head football coach and head track coach.

In his six seasons at the helm of the football program, he led the Saints to a 67-14-1 record. From 2015-18, Smith led Cedar Grove to two Class AAA state championships in 2016 and 2018 – the first two state titles in school history – as well as berths in the state final four in 2015 and 2017, all while winning 51 games. He earned numerous coaching accolades, including a pair of Georgia Coach of the Year awards in Class AAA (2016 and 2018) as well as multiple region and county Coach of the Year honors.

Smith was a quarterback at Tennessee State, helping the Tigers to back-to-back Ohio Valley Conference championships in 1998 and 1999. He earned his bachelor’s degree in business administration from Fayetteville State in 2002 and added a master’s of education from Georgia State in 2009.

Smith, a native of Darlington, S.C., and his wife Quanisha have a son, Jermaine II, and a daughter, Joss.