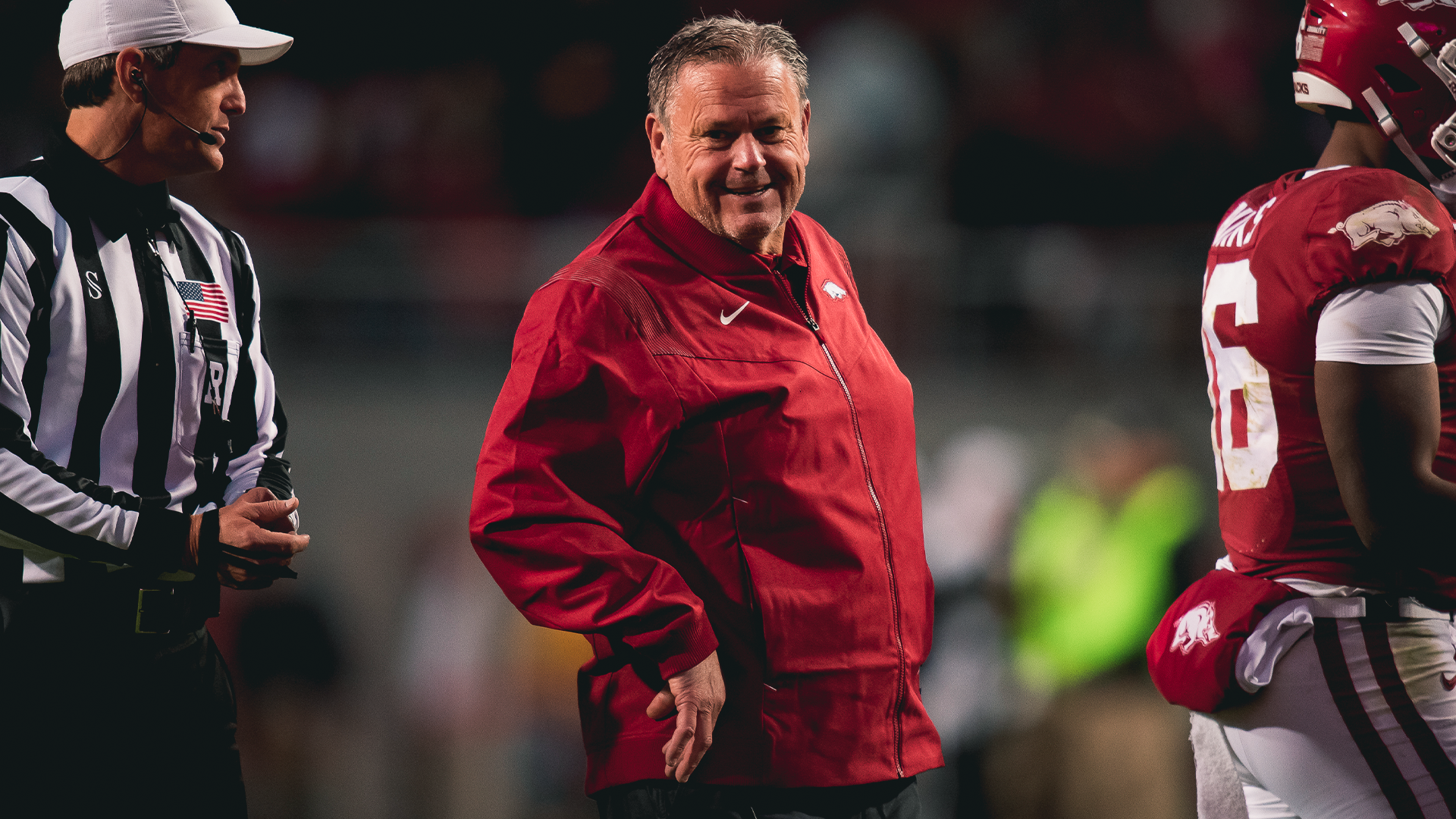 FAYETTEVILLE, Ark. – Arkansas’ Sam Pittman, who has engineered one of the most remarkable turnarounds in all of college football, was named the American Football Coaches Association (AFCA) Region 2 Coach of the Year on Monday.

This is a proud damn state with a damn good head football coach. @CoachSamPittman is the AFCA Region 2 Coach of the Year. pic.twitter.com/Ea3a37vhDM

Under the second-year head coach, the Razorbacks have won eight games in 2021 – the most regular-season wins for the program since 2011 – after winning eight games total in the three seasons prior to Pittman’s tenure at the helm. The Hogs started the year with an unblemished 4-0 mark and rose to No. 8 in the Associated Press poll, the team’s highest ranking since 2011, as Pittman became one of only 14 SEC coaches in history to take over a team with a losing record and lead it to the top 10 in the AP Poll in their first two seasons.

This year, Pittman’s squad won four non-conference games, going undefeated outside of league play for the first time since 2016, and posted a 4-4 mark in Southeastern Conference action – the program’s most league wins since 2015. For the first time in history, Arkansas captured all three of the program’s trophy games, beating No. 7 Texas A&M in the Southwest Classic, winning at LSU in the Battle for the Golden Boot and topping Missouri in the Battle Line Rivalry.

The AFCA recognizes five regional Coach of the Year winners in each of the Association’s five divisions: Football Bowl Subdivision, Football Championship Subdivision, Division II, Division III and NAIA. The winners, who are selected by active members of the AFCA who vote for coaches in their respective regions and divisions, will be honored on Sunday, Jan. 9, during the 2022 AFCA Convention in San Antonio, Texas.