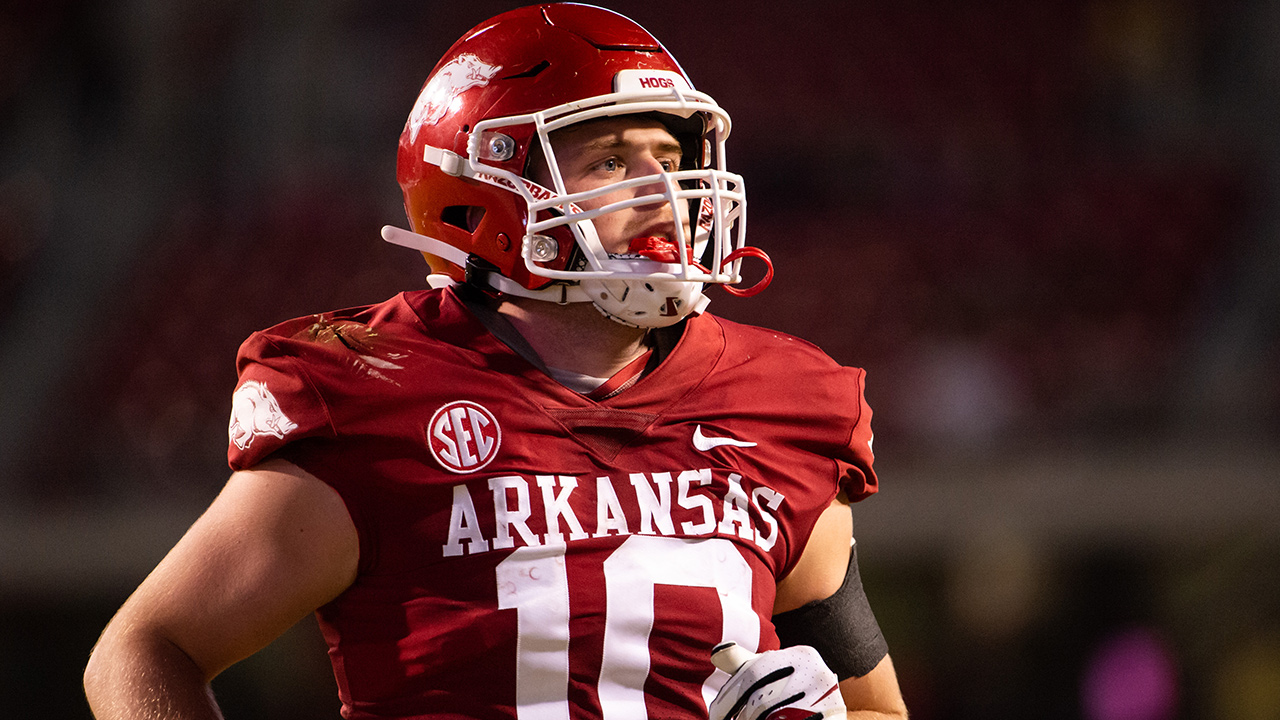 NEWPORT BEACH, Calif. – Arkansas junior LB Bumper Pool has been named a semifinalist for the Lott IMPACT Trophy, the Pacific Club Impact Foundation announced Monday. The trophy is presented to a defensive player who has outstanding personal character while also excelling on the field. IMPACT is an acronym for: Integrity, Maturity, Performance, Academics, Community and Tenacity.

Pool ranks second in the SEC and 13th nationally, averaging 11.0 tackles per game. For the season, he’s totaled 88 tackles, 6.5 tackles for loss, 0.5 sacks, five passes broken up and a quarterback hurry. Pool made 20 tackles at Mississippi State, setting the FBS’ single-game high this season, while tying the program record for 10th most tackles in a game. He became one of just nine SEC players to reach the single-game 20 tackle mark in the last 10 years and the first Hog since Jerry Franklin (2010 – vs. Mississippi State). The Lucas, Texas product also chipped in two pass breakups to become the only Razorback to record 20 tackles and two passes broken up in the same game. For his performance, Pool was named co-SEC Defensive Player of the Week alongside teammate Joe Foucha. He made 14 tackles in back-to-back games against No. 8 Texas A&M and Tennessee, adding 4.5 tackles for loss in that span.

The junior has also done well in the classroom, being named to the Fall SEC Academic Honor Roll in 2018 and 2019.

Named after College and Pro Football Hall of Fame member, Ronnie Lott, the organization has raised more than $1.6 million for scholarships and other youth-related charities throughout the country, is the only major college football award where the character of the nominee is considered.

The Hogs host Alabama on Saturday, Dec. 12 in the regular season finale. The game will kick off at 11 a.m. and air on ESPN.