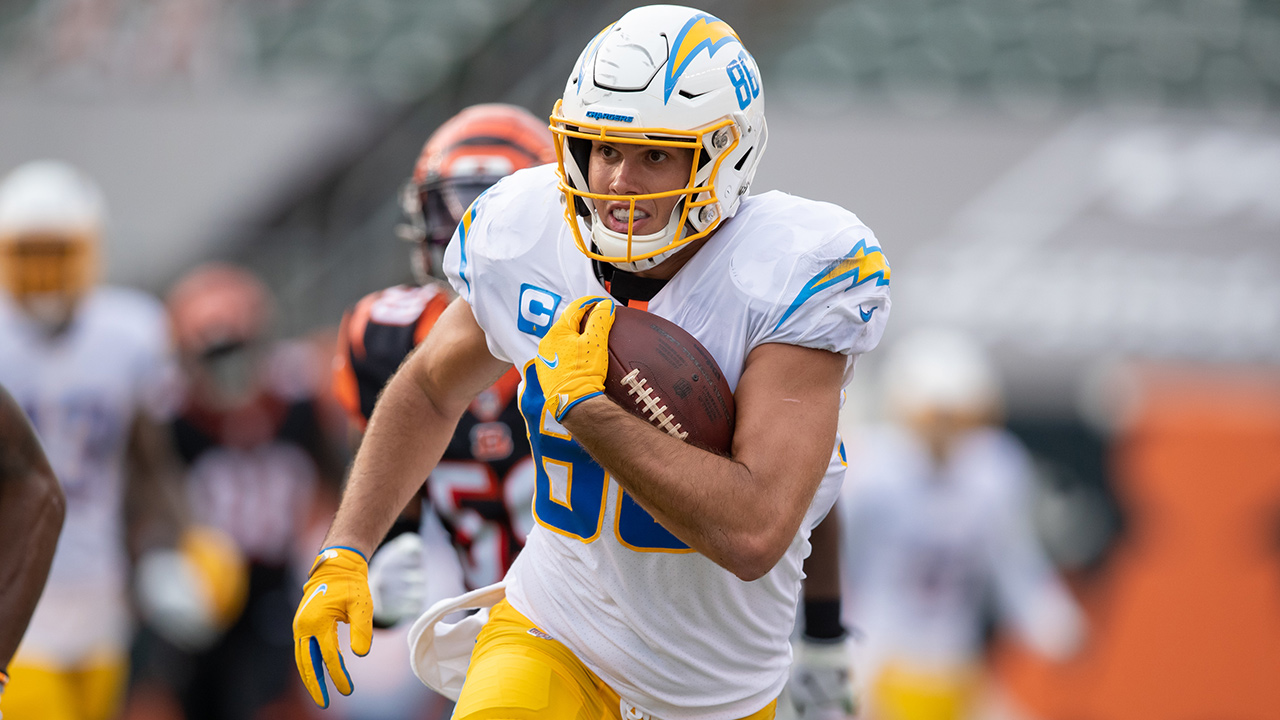 #ProHogs in the NFL – Week 5 Report

FAYETTEVILLE, Ark. – Here is a look at how the 13 former Arkansas football players active on NFL rosters fared this past weekend in Week 5 of the NFL season. There were seven former Hogs on a bye week.

Curl played a career-high 46 snaps, but Washington suffered its fourth consecutive defeat, falling to the Los Angeles Rams at home, 30-10. He has made multiple tackles in all five games this season and registered three stops against Los Angeles last weekend.

Greenlaw made a return to game action after missing the last two weeks with an injury and made a season-high seven tackles as San Francisco fell to Miami, 43-17. The second-year pro earned a 79.4 game tackle grade from PFF, the third-highest among all 49ers.

Henry made his first touchdown catch of the season, but the Los Angeles Chargers fell in overtime to New Orleans, 30-27, on Monday Night Football. The fourth-year pro made his 18th career touchdown reception in the back-right corner of the end zone during the second quarter from three yards out on 3rd and goal. He was part of a receiving corps that helped QB Justin Herbert become the first rookie to throw four touchdowns on Monday Night Football. Henry finished the game with four catches for 23 yards (5.8 ypc) and a long reception of eight yards. His season totals of 18 receptions and 245 yards both rank second on the Chargers.