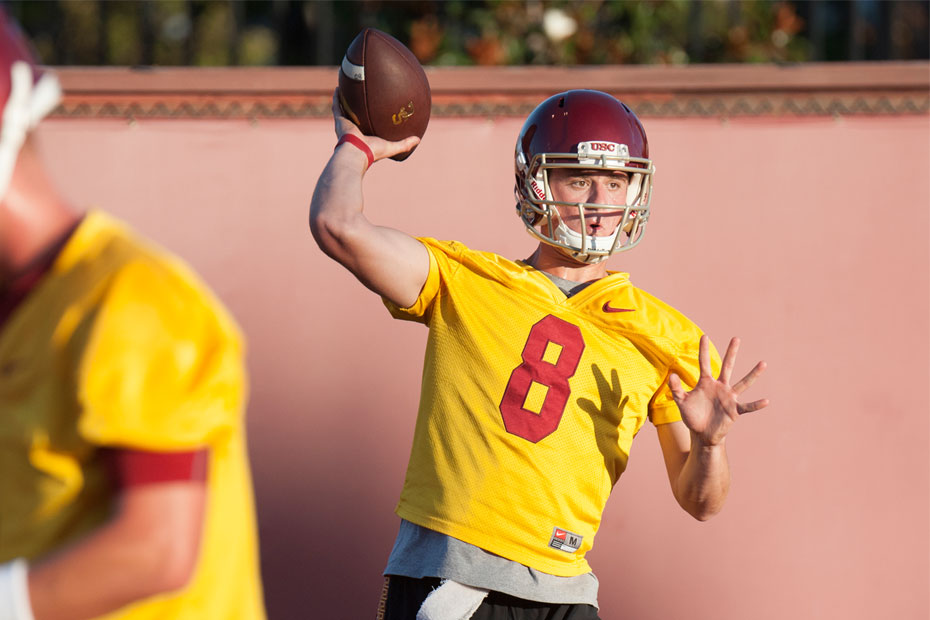 “Ricky is a very talented young man who comes from a great family,” said Bielema. “We are very excited to have him join our program. Ricky is the kind of uncommon person we are looking for and will fit into our program athletically, academically and socially.”

Town played in the U.S. Army All-American game last year and competed in the prestigious Elite 11 camp as one of the 11 top prep quarterbacks in the country. As a senior at St. Bonaventure (Ventura, Calif.), he completed 66.2 percent of his passes for 2,639 yards and 28 touchdowns. Despite attempting 290 passes, he threw just three interceptions. Throughout his high school career, Town threw for 76 touchdowns.

“I am thrilled to be part of the Razorback family,” said Town. “The staff and players have made Fayetteville feel like home to me. I can’t wait to get started and help Arkansas win an SEC championship.”

Town will be eligible to play for the Razorbacks during the 2016 season and will have four years of eligibility.