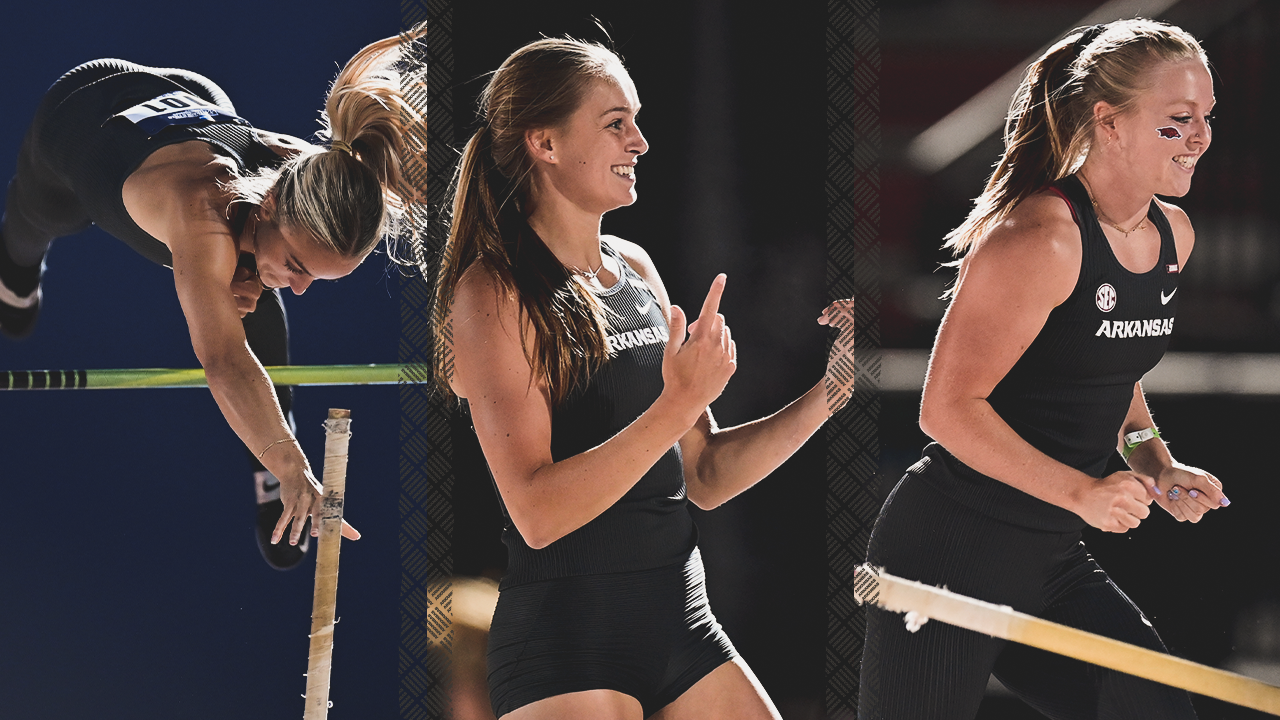 FAYETTEVILLE – Arkansas women advanced three pole vaulters – Amanda Fassold, Mackenzie Hayward, and Bailee McCorkle – to Eugene for the NCAA Championships along with Lauren Gregory in the 10,000m during the second day of the NCAA West Preliminary Rounds at John McDonnell Field.

In events with qualifying to Saturday quarterfinals, the production by Arkansas was exceptional. Nine Razorbacks advanced in 10 of 12 opportunities over seven events. Joanne Reid led the way in advancing in two events, the 100m and 200m, where she established a career best of 23.30.

This will mark the third consecutive time Arkansas advances three vaulters to the NCAA Outdoor Championships, and the seventh time since 2009. Six of the 12 pole vaulters advancing to Eugene cleared a height of 13-9.75 (4.21), while the other half of the field was determined at 13-5.75 (4.11).

SEC champion Fassold, who is from Hillsboro, Oregon, cleared three bars to reach the 13-9.75 mark, needing second attempts on the last two bars. Season best vaults for Hayward and McCorkle had them making 13-5.75 when 13 vaulters were left.