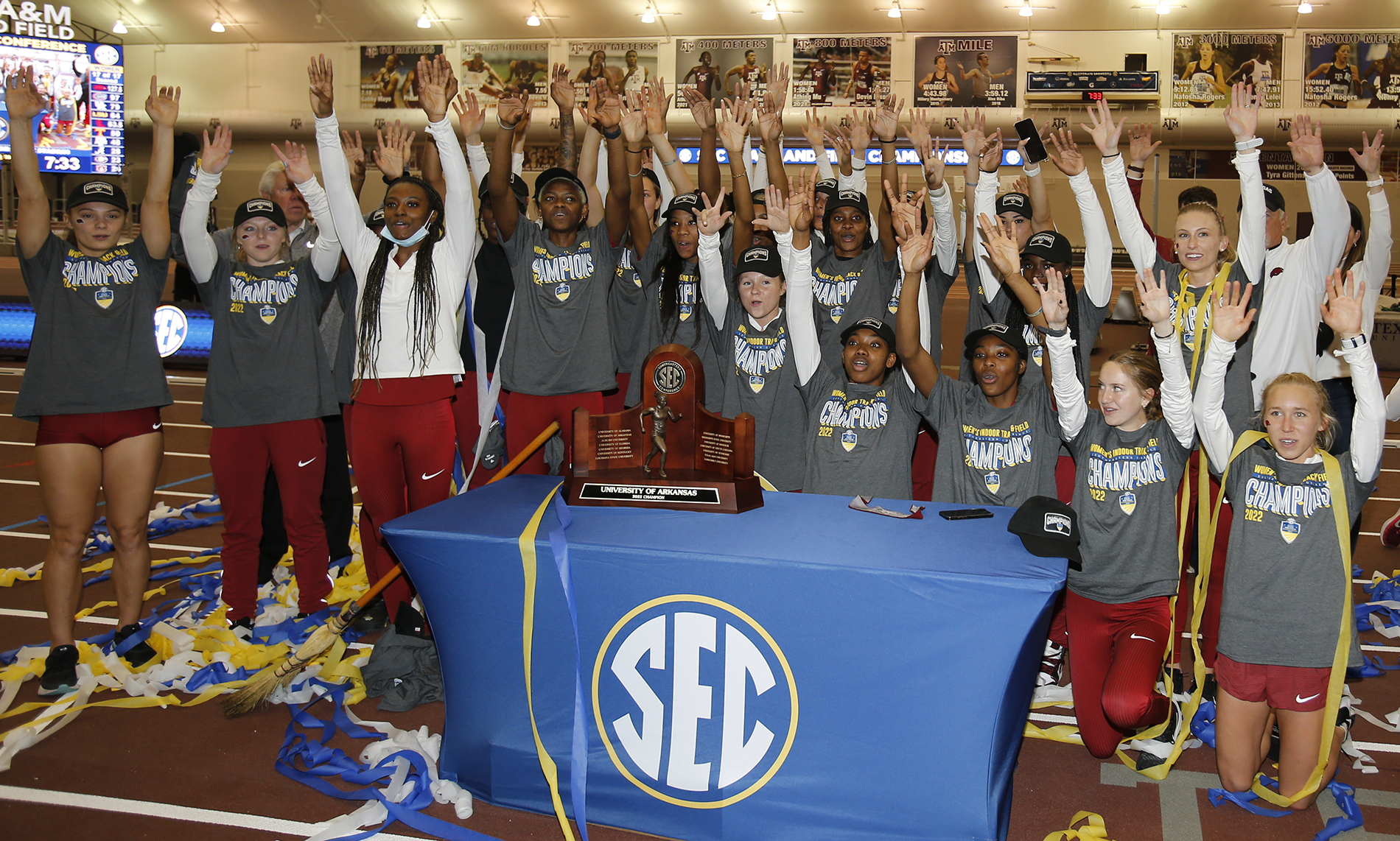 The prestigious accolade, awarded since 2009, recognizes the top program for the 2021-22 season based on team results during the NCAA cross country, indoor and outdoor track and field championships.

“The icing on the cake is program of the year, which is the cumulation of hard work, discipline, and national championship performances throughout all three seasons,” noted Arkansas women’s head coach Lance Harter. “One of our team goals, overall, through the year, with cross country, indoor and outdoor seasons, is to be program of the year.

“We always want to make the podium (top four) and we missed it by a point this year at NCAA Outdoor. Our kids did a fantastic job, though, as we walked away with 10 athletes who were first-team All-America.”

This year Arkansas bettered BYU by 1.5 points for the award, 18 to 19.5. Last season the Cougars claimed the honor with an 18 to 26 advantage over the Razorbacks.

“BYU won it last year and they have a fantastic team and program,” stated Harter. “We’ve finished either second or third regularly. Now, finally, we get a chance to be on top of the rung.”

“Our men’s team has won the John McDonnell Men’s Program of the Year a few times, and on the women’s side we’ve always wanted to emulate that,” said Harter. “So, we’re super excited that finally came true.

“I’ve been at this business a long time, and this is a very special moment in my own personal career but especially for the University of Arkansas.”