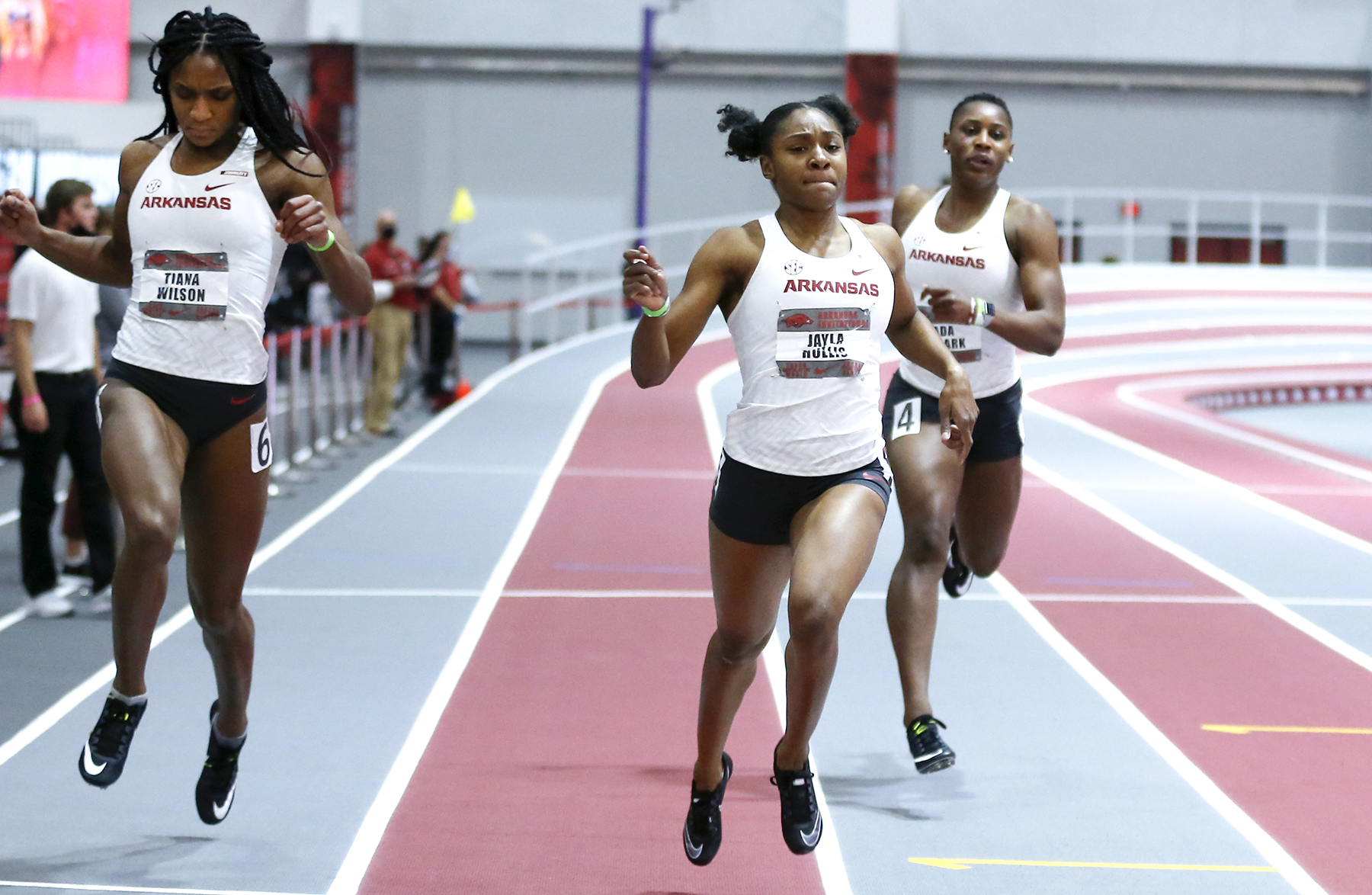 FAYETTEVILLE, Ark. – Displaying quality and depth in various events, the Razorbacks opened the 2021 campaign with a dominant victory in the Arkansas Invitational held Saturday inside Randal Tyson Track Center.

“No. 1 we’re super excited we got our opener out of the way and everybody is healthy,” noted Arkansas women’s head coach Lance Harter. “It’s a good, strong indicator that people took care of themselves during the holidays.

“Next week we’ll see some great competition and we look forward to continuing to evolve and handle the challenges that are yet to come.”

They bettered the meet record of 3:35.39 set in 2018 by CJ Elite, which included Dominique Blake, Chrishuna Williams, Diana Harper and Sparkle McKnight. The best collegiate time previously set in the Arkansas Invitational was a 3:37.02 by the Razorbacks in 2011.

“We finish the meet with a 3:34 in the mile relay,” noted Harter. “We’ve never opened up that fast ever.”

Wilson then sped to a career best of 7.34 to claim the 60m over Jada Baylark’s 7.36. Wilson equaled Payton Chadwick at No. 9 on the Arkansas all-time list.

Hollis later returned to win the 200m in 23.31 over Wilson (23.38) and Baylark (23.64). Hollis moved to No. 7 on the Razorback all-time list with Wilson claiming equal No. 9 position. The time by Hollis was also the top collegiate time ever run in the Arkansas Invitational and ranks No. 2 all-time in the meet.

“We opened up with pole vaulters and they put on a nice display and recorded some great marks,” stated Harter. “Then we go into the sprints and Coach Chris Johnson’s group just looks fantastic. Again, that’s a crew that can return next year intact. We’ve got depth and we’ve got talent.

“Across the board, they all did a fantastic job.”

“The distances did a good job, and we ran some off events for some of our personalities,” said Harter. “But the mile turned out to be exceptional. I was real pleased with the 1,000 and 800 as well.”