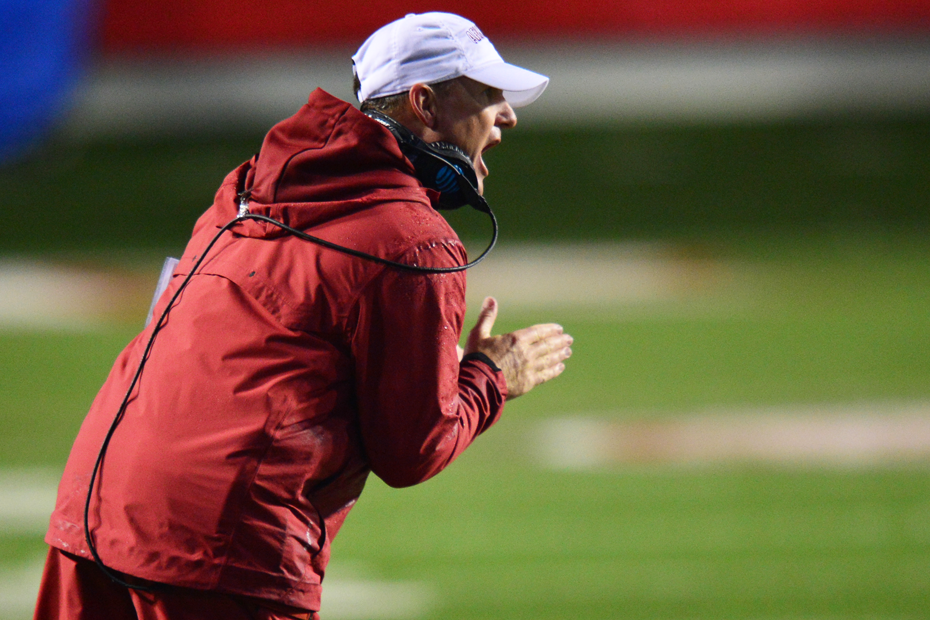 Connor Limpert made a 43-yard field goal attempt on Arkansas’ opening drive to put the Hogs on the board.

In Cheyenne O’Grady’s third touchdown this season, the junior tight end caught a 39-yard pass from Ty Storey to give the Razorbacks a one-score lead.

In his second interception of the season, Ryan Pulley caught an interception in the end zone for a touchback.

Rakeem Boyd made a 69-yard touchdown pass from Ty Storey in his first score of the season.

In Cole Kelley’s first passing attempt of the game, the quarterback threw a 39-yard touchdown pass to La’Michael Pettway.

In his second field goal of the game, Connor Limpert makes a 38-yarder to remain perfect on the day.

Connor Limpert’s second 38-yarder of the game gave the Hogs a 13-point lead in the opening drive of the second half.

Connor Limpert’s 36-yarder made him a perfect 4-for-4 nearing the end of the third quarter.